Swamp of Dreams: Okefenokee has been plied for riches for over 100 years 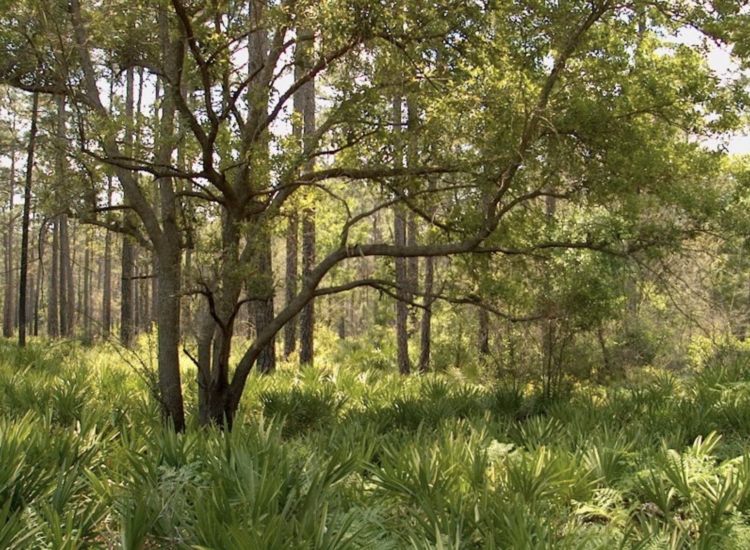 A syndicate with ties to Atlanta sought to harvest timber from the Okefenokee Swamp. The venture failed, but a latter attempt, led by a company from Philadelphia, did realize profits from timber operations. Credit: Wyatt Greene - en.wikipedia link here, CC BY-SA 3.0, https://commons.wikimedia.org/w/index.php?curid=1772606

The latest plan to extract profits out of sand near the Okefenokee Swamp fits a pattern that started in the late 1800s and has ties to historic names in Atlanta’s growth – including Inman Park developer Joel Hurt, and an owner of the ‘Atlanta Journal’ who parleyed presidential endorsement editorials into a post as U.S. Secretary of Interior. 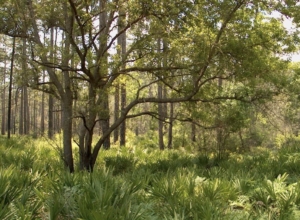 A syndicate with ties to Atlanta sought to harvest timber from the Okefenokee Swamp. The venture failed, but a latter attempt, led by a company from Philadelphia, did realize profits from timber operations. Credit: Wyatt Greene – en.wikipedia

In a span of six years, a syndicate of close-knit partners with ties to Atlanta would buy the swamp, in 1891; spend more than planned to drain it for kite dreams that ranged from timber to farmland to a hunting club; devolve into squabbles over the failing venture; and sell to a Philadelphia fellow whose firm invested heavily over decades and was richly rewarded.

One rich line that captures this version of history appears in a report of the expedition published in 1984 in the Journal of Forest History, which remains available from the Oxford University Press. According to the report, Jackson’s Folly: The Suwanee Canal Company in the Okefenokee:

Now, more than a century later, another effort is planned to extract wealth from the swamp.

Twin Mines Minerals LLC, based in Alabama with corporate roots in Delaware, has filed a proposal to mine heavy sands from a 2,414-acre site located southeast of Okefenokee Swamp. The company plans to extract sand at a pace of 20 acres to 40 acres a month. Public comment is to be accepted through Sept. 12. Details of the proposal and contact information for comments are available at a joint notice posted by Georgia and the U.S. Army Corps of Engineers.

The Suwanee Canal Co. was established to purchase the Okefenokee Swamp. Timber was to be the first cash crop from a piece of land no one wanted when the state government tried to give it away.

Seemingly endless reaches of lucrative cypress and pine grew in the swamp’s interior, including the possibility of other species – no one knew for sure because no one had ever bothered to survey the land.

To fuel their get-rich-quick schemes, these businessmen had only to look across the border to timbering operations in the virgin forests of western Florida. 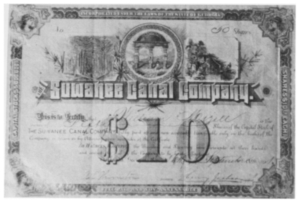 The Suwanee Canal Co. failed in its effort to raise money for its venture in the Okefenokee Swamp by selling stock in the firm. Credit: C. T. Trowell and R. L. Izlar, via ‘Journal of Forest History.’

There, on the cusp of the Civil War, German businessman J. Eberhard Faber had established a thriving timber business. There was red cedar for pencil manufacturing, and pine and bald cypress for lumber, according to reports of a Florida historical marker in Cedar Keys, Fl.

Faber’s tree holdings included land around the mouth of the Suwanee River – which has headwaters in the Okefenokee Swamp. In a serendipitous event for those Atlanta-area businessmen eying the Okefenokee Swamp, Faber’s business began collapsing in the 1890s as trees were depleted and the mill was wiped out in an 1896 hurricane.

While Faber timbered in Florida, a political push was started in the Georgia Capitol to open the Okefenokee Swamp for private development. Backers found a friend in state Sen. F.C. Folks, whose father is the namesake of Folkston, according to a report on Georgia Genealogy Trails. The senator sponsored the legislation to sell the swamp.

After a period of spending money to realize little if any profit, the syndicate prepared to close the company. In a meeting led by Hoke Smith, a former Secretary of Interior, the board ordered the superintendent to close the company within 15 days if timber sales didn’t warrant any continued effort.

Smith held wide sway in the nation by that point. Smith’s newspaper, the Atlanta Journal, had promoted the candidacy of Grover Cleveland for president in 1892. The endorsements led to an appointment as Secretary of the Interior. Smith served four years, resigning after Cleveland lost the 1896 Democratic primary and returning to Atlanta, according to a report in New Georgia Encylopedia.

The Chesser Island homestead dates to the 1850s and remains open to tourists with displays of the lifestyle of that era. Credit: U.S. FWS via wikimedia commons

Hurt was an Alabama native, a descendant of that state’s aristocracy, who had moved to Atlanta and had made a name for himself as a can-do businessman. He oversaw a streetcar company powered by hydroelectric dams built for that purpose in North Georgia; the electricity powered trolley lines built to serve the homes he had developed in Inman Park; and Hurt had started a bank that went on to be known as “the Coca-Cola bank” before its successor, SunTrust, merged with BB&T.

One of the original investors bought the operation and sold within a few years to the Philadelphia firm. The Pennsylvania company hired a contractor whose name is reflected in the proposed sand mine.

Twin Pine Minerals, LLC seeks to mine sand, according to an account of a federal notice; its corporate roots reach to Delaware, where the identity of owners and officers isn’t revealed. A company with a similar name, Twin Tree Lumber Co., once held a lease to cut pine in a portion of the swamp, according to the Journal of Forest History.