In 1936, Mississippi adopted what is claimed to be the first modern industrial tax incentive program, the objective being to lure northern manufacturing firms to Mississippi. Since then, tax incentive programs have mushroomed across the U.S. as local and state governments compete for development investment. This focus has expanded to include almost every larger development project. 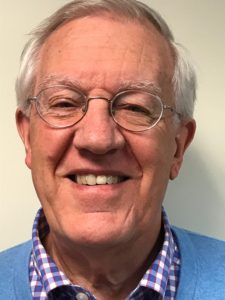 The government’s objective in providing a tax subsidy is to attract development and influence the nature or features of the development. But in deciding the size of the subsidy, the government is at an information disadvantage: It does not know how large a tax subsidy it must offer in order for the developer to select that jurisdiction or to build the proposed project. All the government can assume is that the larger the subsidy offered, the greater the likelihood the developer will choose to build the proposed development in its jurisdiction.

The developer, on the other hand, has the advantage. It has a good estimate of the profit it will make at that and other possible sites, and the subsidy that all governments are offering.

To illustrate, several years ago a developer proposed building a shopping mall, and was considering two sites, one in Rockdale County and one in DeKalb County. Each county had to decide what subsidy to offer, but had to do so with little knowledge of the other county’s subsidy or the relative profitability of each site. So both counties were in the dark in determining what subsidy was needed to land the mall, which ultimately became the Mall at Stonecrest, in DeKalb. 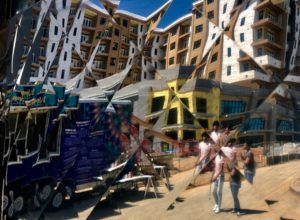 A developer sought a tax subsidy for a proposed project near Historic Fourth Ward Park, which is surrounded by a multifaceted urban community. Credit: Kelly Jordan

Recently, the City of Atlanta considered a tax subsidy for a large development near Ponce City Market and Historic Fourth Ward Park. There was a lot of concern voiced about the size of the proposed subsidy, so it might be worth thinking about the reasons why a subsidy might or might not be appropriate when a developer is proposing a development for a particular site.

In such cases the developer usually asks for a tax subsidy, claiming the project will not be financial viable without it. Assume the developer is honest and ethical and proposes the minimum necessary to make the project profitable, but the city suspects the requested subsidy is larger than necessary. As with the case of the shopping mall, the government has to make that decision with incomplete and imperfect information. In a case like this, the size of the required subsidy would depend on a variety of factors, their importance varying by project.

If the developer claims that the cost of the land is too high to make the project work, the government needs to understand why the price is too high. Perhaps the land owner thought there was a more profitable development that could pay the high price. Or maybe its price is inflated by the expectation, given previous government-provided subsidies, that the development will be given a subsidy. 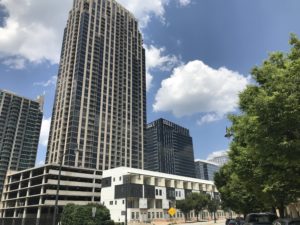 An incentive package created to spark the redevelopment of a former steel mill and the surrounding brownfield resulted in the construction of homes, shops and offices at Atlantic Station. Credit: David Pendered

Of course, there are cases in which the land price, even a zero price, will be too high for any developer, perhaps because the site requires remediation or its topography makes construction costlier, or perhaps its property taxes are higher. Consider Atlantic Station, in Midtown, which, prior to its redevelopment with an incentive package, was a hazardous waste site. Given the cost of remediating the site, even at a zero price for the land, no developer would have been expected to touch the site. Or consider the Gulch, the area under the viaducts just west of Downtown Atlanta. The redevelopment of that site will require installing an above-ground street grid, the cost of which has deterred developers for decades. Subsidies in the form of tax incentives were provided to redevelop both Atlantic Station and the Gulch, as they should have been. However, this is not to say the total subsidies provided were appropriate.

Governments will frequently require developers to provide special features that reduce the return on their projects. For example, a developer might be asked to change the design of its project, provide open space, build public infrastructure, offer affordable housing units, etc. In many of these cases, providing a subsidy would seem to be appropriate. However, some sites might generate much higher returns from redevelopment than other sites, perhaps due to new government infrastructure, such as the Atlanta BeltLine. In such cases, it would seem appropriate for the jurisdiction to capture some of that higher profit by imposing requirements on the developer. 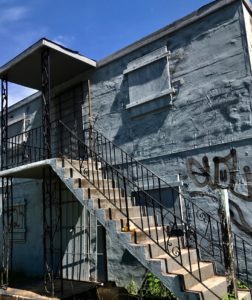 Blighted homes were common in the Old Fourth Ward area before its turnaround was fostered by public investments in the Atlanta BeltLine and Historic Fourth Ward Park. Credit: Kelly Jordan

It is possible that the risk or uncertainty for redeveloping some sites may be too high to attract any new development without a subsidy. While justified in such a case, the appropriate size of the subsidy still has to be determined. Any government, in assessing the level of risk and uncertainty at a given site, should consider how successful any recent redevelopment in the area have been.

For example, redevelopment of the Old Fourth Ward east of Downtown Atlanta was very risky 30 years ago, and subsidies were necessary to jump-start any new development. But, with the redevelopment of a few vintage structures and the attraction of the BeltLine, that is no longer the case. The BeltLine has significantly reduced the risk and uncertainty associated with development in the intown neighborhoods along its pathway.

Finally, the government agency that decides on the subsidies does not usually face a constraint on the total value of subsidies provided. Their staff may also become influenced by developers and by elected officials who want development “wins.” Both conditions may lead to larger subsidies than might be optimal for a government.

Note to readers: David L. Sjoquist is a professor of economics and a faculty affiliate in the Center for State and Local Finance, in the Andrew Young School of Policy Studies at Georgia State University. He specializes in state and local taxation, and urban and regional economics.