Taxing condo owners in Buckhead to pay for a planned park to be built above Ga. 400? 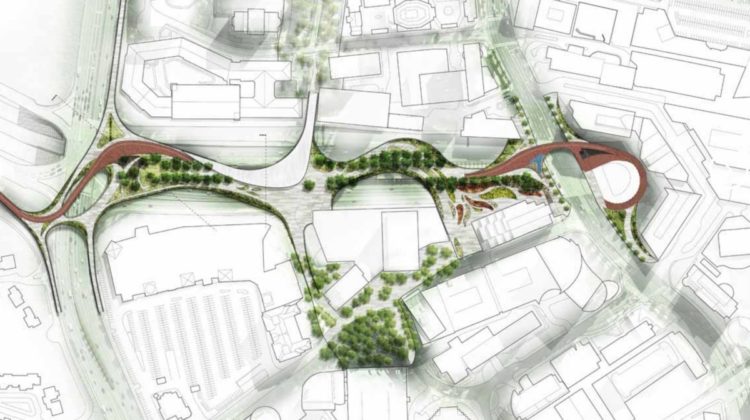 As preparations advance for a park that’s to be built over Ga. 400 in Buckhead, indications are emerging that backers may ask the Georgia Legislature to authorize a new property tax on condo owners in Buckhead to help pay for the project – priced at $250 million and mounting.

If that’s the direction backers choose, they certainly have the influence to have their opinions heard at the state Capitol.

Some of these companies retain one or more lobbyists at the Legislature. The Buckhead CID hasn’t had a lobbyist who identified the CID as a client since 2009, according to state records.

Whether the backers choose to act in a gubernatorial election year, if they choose this path at all, is to be determined. No relevant bill has been pre-filed in the state House. The roster of lobbyists for the 2018 legislative session has not been started.

Any legislation would seek to change the state law that funds CIDs.

Current state law allows CIDs to assess property taxes on only commercial properties and use the proceeds to fund community improvements. If condo owners in the mixed-use developments that have proliferated across the city and region were taxed at the same rate as commercial properties, CIDs could reap a windfall of revenue and expand their programs.

The logic is that the apartments, or owner-occupied condos, built in mixed use developments benefit from the CID-funded improvements just as much as commercial tenants. Therefore, the condos should be taxed just like the commercial areas of the buildings.

The Buckhead CID has used its property-tax proceeds to ease traffic congestion, enhance the plantings in rights of way, and foster PATH400, the trail being built beside and beneath Ga. 400.

The Buckhead CID assesses a 3-mill property tax. A mill is a $1 tax on every $1,000 of assessed property value.

Even if the Legislature were to authorize condo owners to face higher assessments, another hurdle awaits. The Atlanta City Council, and mayor, would have to approve any extension of the Buckhead CID’s taxing power to include residential properties.

The cause of speculation over the potential taxation of condo residences involves timing. The project’s design, engineering and permitting is to begin in January 2018. Yet no funding source has been identified to build or maintain the proposed 9-acre park.

Construction costs alone are estimated at $250 million, which is up from the $190 million estimate provided in September 2016. That doesn’t provide any resources to maintain or police the planned linear park.

To put the cost of maintenance and security into perspective, consider just a police presence. Atlanta didn’t assign a dedicated police unit to walk and bike the three trails and four parks along the Atlanta BeltLine until 2013, and only after the city had received a federal grant of $1.8 million, according to a statement issued by the BeltLine.

The Buckhead CID made a significant announcement Dec. 5 that suggests the rate of the park’s development will quicken.

The CID named a nine-member committee to advise a, “soon to be launched nonprofit entity that will manage the next-stage planning, fund-raising, permitting, relationship building and construction of the park.”

Committee members include corporate leaders including Keith Parker, the former head of MARTA who now leads Goodwill of North Georgia.

The design, engineering and permitting phase of the project is to begin in January 2018, according to another statement from the CID. Construction is to begin in 2020, and the park is to be open for use by 2022 and fully functional in 2023. 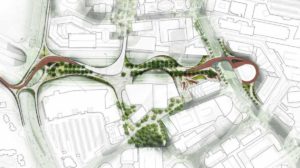 The design work completed to date has been funded by the Buckhead CID.

The proposed linear park would be built in the airspace above Ga. 400.

One end of the park would be at the extension of Lenox Road between Peachtree and Piedmont roads. The park would pass over MARTA’s Buckhead Station. The other end of the trail would be in front of the Atlanta Financial Center, the 270-foot tall glass and aluminum wrapped building located directly above Ga. 400. 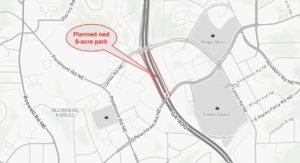 Previous Article
Once again, a nation drops its jaws at Alabama, and Alabama doesn’t care
Next Article
Variety in Candler Park by Kelly Jordan