Teacher strikes speak to anxiety in the Red State heartland 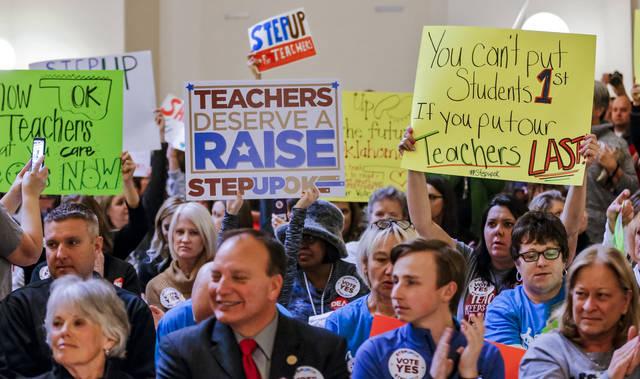 When you think how much lip service has been paid to education issues over the years, it’s striking how many of the interested parties have been caught flat-footed this year, when our schools really became big news.

No one could have foreseen that a shooting in a South Florida school would touch off a mass movement, but the national media picked up on the broader implications of that story very quickly. This hasn’t been the case with the other big school-based story of the year, the wave of teacher strikes which have broken out across the Red State heartland. 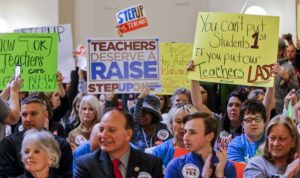 While state teachers unions have been integral to the strikes, they have happened under the noses of what used to be called Big Labor, when it was still big. This has been a movement organized on Facebook. Neither of our rapidly disintegrating political parties seems to have grasped its significance enough to react, either.

At times stories can acquire a stickiness that amplifies their political importance. The teachers have been making specific demands over pay, health insurance and pension plans, but their movement relates to a broader anxiety over public education which is showing up in some surprising places.

Take, for example, state Sen. Lindsey Tippins, who resigned as chair of the Senate Education Committee here in Georgia after he was the only Republican to vote against a bill which directs more money to charter schools. The West Cobb legislator said he couldn’t vote for the measure when some rural public school systems are already receiving less on average than charter schools. 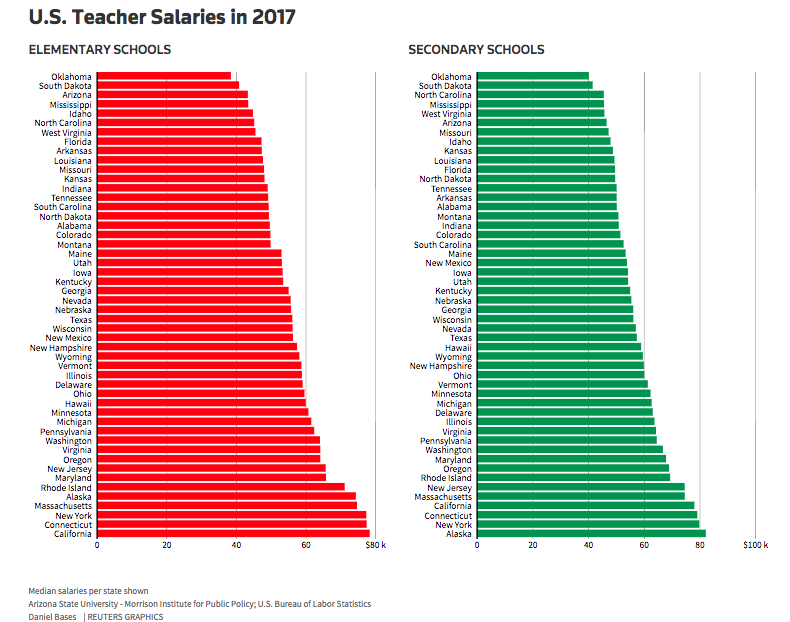 Georgia is one of 15 states where the legislature, not local school boards, set the pay schedule for educators. Three of the four states where strikes have broken out this year — West Virginia, Kentucky and Oklahoma, with Arizona being the exception — are also.

In these states, school funding, which had for many years been a sacred cow in the budgeting process, was cut after the 2008 recession with what sometimes seemed almost vindictive energy. These cuts came at a time when unhappiness with being muzzled by programmed curriculums and test-based evaluations was contributing to plummeting job satisfaction rates among teachers. One Oklahoma teacher said before the strike there that April would be a “great time” to go out, because that’s when standardized tests are held.

“In fact, teachers have been engaged in a slow-motion strike for about a decade, walking off the job one or two at a time. But instead of recognizing this as a work stoppage, we’ve labeled it a ‘teacher shortage.’” Peter Greene, a Pennsylvania teacher and blogger, wrote recently.

The teachers who have spoken out this year have a lot in common with the Stoneman Douglas students in their refusal to accept formerly acceptable answers, and they’ve been beneficiaries of zero-based-budgeting reforms which have made the decisions which affect their paychecks more transparent.

When the Oklahoma legislators gave teachers a $6,000 yearly raise with the first tax increase in decades, the teachers, aware they were getting a pittance compared to the concessions the state gives the oil and gas industry, demanded more. After Gov. Mary Fallin compared them to “a teenage kid that wants a better car,” protesting teachers waved their keys at her, chanting, “Where’s our car?”

The teacher walkout there entered its second week Monday, with the largest crowd so far in the protests reported at the state capitol. A recent Sooner Poll reported 71 percent support for the teachers statewide, which speaks again to the stickiness of the issues raised by these strikes.

The speed with which lawmakers have been willing to get behind proposals to pay bonuses to teachers qualified to carry guns and install more metal detectors in response to the Stoneman Douglas stands in sharp contrast to their parsimonious response to those cases where teachers have been reduced to paying for basic school supplies out of their own pockets.

We’re nearing the end of the school year, which could mean this strike fever will cool over the summer. If it stays alive and catches fire again next fall, in the middle of election season, this movement will no longer be overlooked.