Piedmont Park with an Atlanta skyline. (Photo by Kelly Jordan.)

Something feels right in my departure from SaportaReport coinciding with the return of a Swedish musician to a stage near metro Atlanta. 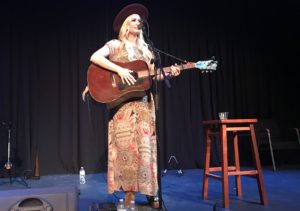 Sofia Talvik was on her way to perform in Decatur in 2020 when COVID-19 scuttled her schedule and sent her home to Europe. Talvik has resumed her U.S. tour and is to perform on April 30 at the Sautee Nacoochee Center, north of Gainesville.

I wrote four stories about Talvik. Not because she was particularly known to SR readers, but because Talvik represented all of us trying to navigate the unknown and unknowable of the pandemic. Talvik served as a stand-in for what the poet William Blake described when he wrote in “Auguries of Innocence:” “To see a world in a grain of sand, and heaven in a wild flower. Hold infinity in the palm of your hand, and eternity in an hour.”

Through my stories, I have tried to report the news as straight and honestly as I could. When possible, I have tried to remember the perspective Blake portrayed. I sought to include context that is intended to show how the news of the day fits into a broader issue facing our community. My goal was to provide additional information that can help readers come to their own conclusions about the story of the day, not to select information intended to guide readers toward a specific conclusion.

This effort propelled me to travel to show how other communities are responding to situations similar to those our readers face. Most recently, it was a trip to Down East North Carolina to report the experience there with the commercial oyster industry Georgia hopes to expand. A trip to Columbus established that breathing difficulties reported there were due to smoke from fires in Alabama, not to an early arrival of ozone season that could manifest in metro Atlanta. A trip to a phosphate mine in rural eastern North Carolina shed light on a proposed titanium mine near the Okefenokee Swamp. Multiple trips to the Florida Panhandle over many years provided reporting to address how the people and economy there are responding to the changes in river flow from Georgia into the Apalachicola Bay, and its failed oyster industry. 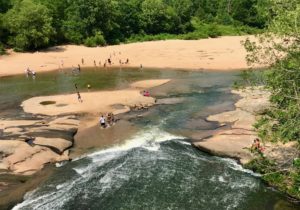 The weekly guest columns have been my responsibility since autumn 2015. My approach has been two-fold: To provide a platform for regular folks to discuss civic issues in a civil fashion, and to showcase writers who could serve as role models. One debate unfolded in a yearlong series in 2021 on the pros and cons of Atlanta’s proposal to increase the density of dwellings in existing neighborhoods. One showcase is on the homepage now, the latest installment in a five-year series from Georgia Tech’s Center for Serve-Learn-Sustain that has given a voice to scholars and scientists, many of them students and many of them women, whose work to improve our community may not otherwise be represented outside academia.

Since April 2011, Maria Saporta has graciously allowed me to be part of what we call this grand adventure of SaportaReport. Maria’s commitment to the editorial content and Thought Leaders is without question. The sister site, Atlanta Civic Circle, is the result of Maria’s intent to focus our community’s attention on key issues of affordable housing and democracy, with more topics on the horizon.

Maria has provided me the latitude to develop content in both the news and guest column spaces. Maria has been an honest broker when readers went to her to complain or question my coverage. Maria’s practice has been to forward me emails from readers, advising the sender and me to work things out. Even now, Maria has been gracious as I step away from SaportaReport to take on a new challenge in Atlanta. Maria is both a professional colleague and a personal friend.