That old question — who will feel the cuts? — hovers over Kemp’s directive 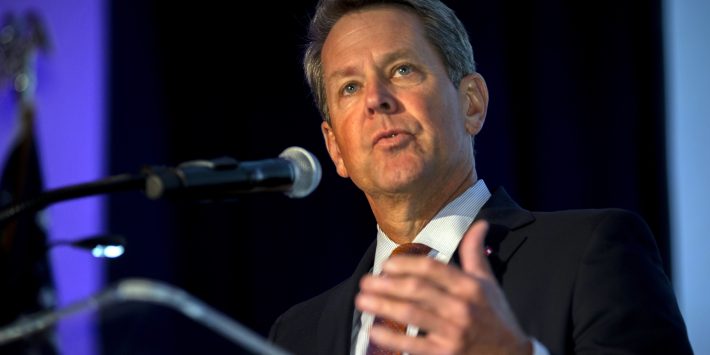 What does the governor know that the rest of us don’t? That question has floated rather ominously over the Golden Dome since Brian Kemp last month directed agency heads to start planning for a leaner tomorrow.

Unemployment is at record lows, with the Atlanta Metro area as usual leading in job growth. Per capita spending by the state is already low, and we are halfway through a planned major reduction in the state income tax. Kemp’s directive surprised both agency heads and appropriators in the legislature, who if anything were more cautious about the budget in the last session than the governor.

The legislators were also surprised when Kemp directed state agency heads not to attend the two-day budget hearings scheduled for next week by the House Senate to get a handle on how they intend to make cuts of 4 percent in the current fiscal year and 6 percent in the next.

That means the legislators who come to town next week will not have to worry about any agency director getting in between them and a camera or microphone. They will be able to vent their frustration with the governor, with whom they got along pretty well during the last session.

Developments in the national and global economy since Kemp ordered the cuts in August have tended to bear out his concerns that a downturn could be on the way. Mark Zandi, the chief economist at Moody’s Analytics, said recently that chances for a recession are “high and rising,”  and states should be planning for a downturn by the middle of next year.

Throw in a couple days’ worth of random events — a drone strike that knocks out five percent of the world’s oil-producing capacity and a General Motors strike — and it makes a lot of sense to plan for a less favorable economy. But drawing lines with House Speaker David Ralston and other legislative leaders seems a curious place to start.

It leaves him vulnerable to catching all the blame, whether the economy goes as badly as he feared, or better than he thought. As President Trump might tell him, forecasting can be dangerous whether the storm hits or not.

As it was inevitably going to do, Kemp’s directive underscores the limitations which both he and the legislature have in controlling the budget. Kemp’s directive actually affects only about a quarter of the state budget. As James Salzer details this week in the AJC,  the parts of the budget exempted from the governor’s directive — schools and college, Medicaid, asphalt — are growing faster than you can cut the rest of it.

There’s a limited amount any governor can do about this, but the more dollars that are protected, the more difficult it becomes to cut what’s left. Many of the areas which haven’t been exempted — mental health, law enforcement, agriculture, shelters for the abused — are the kinds of programs experts always say we should have spent more money on after some storm, natural or human, has blown through. But they are not attached to the state budget by school desks or hospital beds.

There’s another, relatively painless way to address a possible recession. Don’t count on anybody bringing it up.

It isn’t entirely clear whether the lagging state revenues which Kemp saw before making the decision to cut should be blamed on a slowing economy, or just reflected the revenue the state lost when it cut the income tax top rate from 6 percent to 5.75 percent. Instead of cutting this vital portion of the state’s revenue stream again, to a rate of 5.5 percent, what if the state were to declare a two-year moratorium on the tax cut it passed last year, with an agreement to enact a full cut when the economy permits?

At the very least, the second part of the tax cut, which the legislature must still approve next year, should be put on hold. Backing up on the tax cut would bring hundreds of millions of needed dollars into the state budget, and the average taxpayer wouldn’t feel a thing. You can’t say that about the cuts that are being contemplated.

Previous Article
Atlanta Convenes: IoT/Smart Cities Gamechangers from Around the Globe are Solving the Most Pressing Issues of Our Time
Next Article
‘Good’ Gentrification