‘The Aftermath’ – a post-war love triangle that falls flat 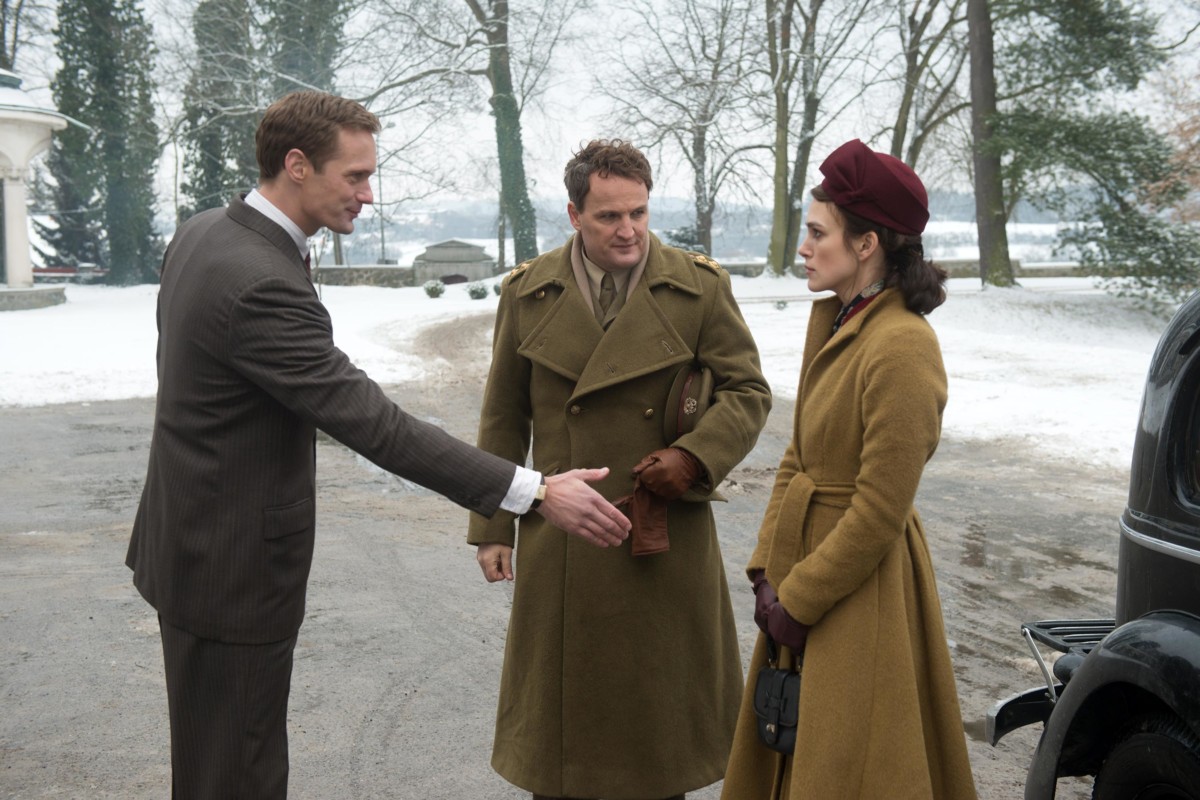 A scene from "The Aftermath"

“The Aftermath” is the sort of movie about which somebody will inevitably write, “They don’t make ‘em like this anymore.”

“The Aftermath” is a good reason why.

Tepid, obvious, uninvolving, “The Aftermath” proves that, yes, in the shadow of World War II, the problems of three little people don’t amount to a hill of beans unless, they’re named Humphrey Bogart, Ingrid Bergman and Paul Heinreid and they’re hanging out in Casablanca. 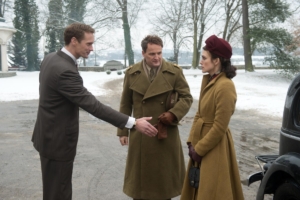 A scene from “The Aftermath”

Alas, our romantic trio in “The Aftermath” is made up of Keira Knightley, Jason Clarke and Alexander Skarsgard, and they’re hanging out in Hamburg – five months after the Allied victory. More bombs have been dropped here in one weekend than on London during the entire war. About 25,000 people are dead or unaccounted for. The locals aren’t just restless; they’re starving and unruly. And some still swear allegiance to the late Fuhrer.

Knightley has arrived in Hamburg to be with her husband (Clarke), a British colonel assigned to help clean up the mess.  As one disgruntled Brit underling sighs, “The French got the wine, the Yanks got the view, and we got the ruins.”

Well, not necessarily. Knightley and Clarke have been assigned a sumptuous villa apparently untouched by the war. He generously suggests the place’s owner (Skarsgard), a once-prosperous architect-turned-metal-press-operator, and his teenage daughter stay on. After all, the place is big enough for about 10 families of Von Trapps (or Franks…). 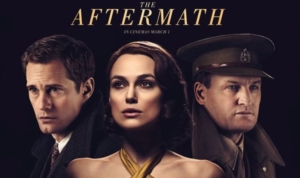 A poster for “The Aftermath”

As we quickly note in their first awkward embrace at the Hamburg train station, all is not right in the Knightley-Clarke marriage. They’ve lost a son during the Blitz.  In a not-so-subtle bit of symmetry, Skarsgard has lost his wife to the bombings, too. While Clarke, tries to keep order in town, Skarsgard wanders around in his manly working-guy clothes, and Knightley, though she starts out haughty and cold, is soon going all Lady Chatterley over him.

No wonder; Skarsgard is one of the sexiest actors around, and if the 007 gods decide not to go with Idris Elba, they should take a serious look at him.

Alas, Skarsgard is one smoldering ember in an otherwise ashen movie.  Though it’s decked out impeccably – Knightley, as ever, makes a fabulous clotheshorse – “The Aftermath” is all dressed up with no place to go.