By Guest Columnist NOEL MORRIS, a writer and producer who specializes in classical and orchestral music

Since the start of the pandemic, the Atlanta Symphony Orchestra has turned up in the most unexpected places, including in the middle of a meadow in Serenbe. 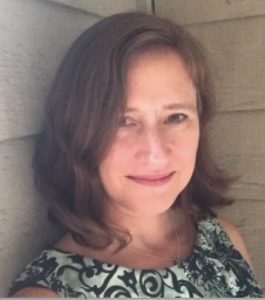 On two crisp fall evenings, the orchestra offered an opera program featuring internationally renowned opera stars, who were grateful for the work and thrilled to once again perform for a live hometown audience, and a Beatles tribute program. In “Lot A” of Ameris Bank Amphitheatre, serving up arrangements of Led Zeppelin and David Bowie songs, the multi-Grammy Award-winning Orchestra hosted a tailgate party for music starved Atlantans. Closer to home, the ASO is beaming Beethoven and Brahms to TVs and computer screens worldwide through their newly minted digital platform.

“We typically perform over 150 concerts a year at Atlanta Symphony Hall and venues across the state of Georgia,” said the symphony’s executive director, Jennifer Barlament. “But there’s nothing typical about this year.”

Barlament, like arts administrators everywhere, has had to perform a precarious circus act to keep the wheels turning at her organization. With the moratorium on public gatherings, the ASO lost an estimated $11 million in ticket revenue – but that does not mean they are seeing red ink. 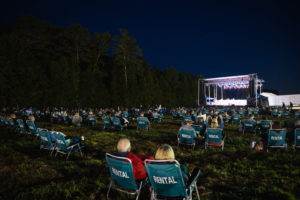 The Atlanta Symphony Orchestra maintained a performance schedule during the COVID-19 closures with programs including ‘Classical Mystery Tour: A Tribute to The Beatles’ during Music in the Meadow, a socially-distanced, outdoor concert on Oct. 2, 2020 at Serenbe. Credit: ASO

“Thankfully, we’re in the business of being creative,” she said. “We have incredibly resourceful staff, board and musicians who’ve helped to come up with strategies to keep the musicians playing, our audience engaged and our budget balanced.”

In many cases, the ASO’s COVID-era work has dovetailed with long-range plans, including an investment in a multi-camera video production suite, which enabled the musicians to return to the stage to perform.

“The musicians are very grateful to have the opportunity to play together,” said Barlament. “There’s an addictive and exciting quality to making music with other people, and while it wasn’t easy, I am incredibly proud of what we have accomplished this year.”

Using rigorous testing, face masks, plexiglass shields and a widely spaced seating arrangement, the ASO became one the first orchestras in the United States to reunite their musicians – minus the live audience – without risking transmission of the virus. Of course, performing for cameras is not as gratifying as a packed concert hall.

“The musicians of the ASO are virtuosos,” said Barlament. “They’ve come from all over the world to be part of this orchestra. So, they make it work.” Meanwhile, the digital stage has opened a new arena for the organization. 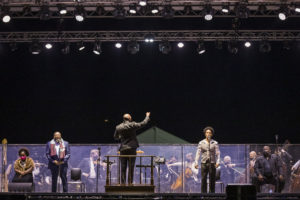 Protective screens helped ensure the health safety of members of the Atlanta Symphony Orchestra and the Atlanta Opera during a performance of ‘Opera’s Greatest Hits’ on Oct. 3, 2020. Credit: ASO

“We actually have a larger footprint than we did at the start of the pandemic,” she said. The Virtual Stage concerts, which launched in October 2020, now reach 45 states and 21 countries. In December, the organization pivoted from its popular holiday concerts to three televised specials that pulled an audience of 235,000 viewers – a substantial increase which parlayed into a rise in paid memberships to the Behind the Curtain Series on the virtual stage.

“COVID has dramatically impacted how we do things,” said Barlament, “but not what we do.” Strategically speaking, the orchestra has managed to engage its core audience while safeguarding its eventual return to in-person concerts. To date, the organization is on track to close the fiscal year with a balanced budget for the seventh year in a row.

Always, cultural organizations like the ASO reassess their position in the community. During the past year, staff members have trained their focus on the pandemic.

“We’ve seen tremendous need in the community,” said Barlament. “With loss, illness, unemployment, kids out of school, seniors who can’t hug their loved ones. There’s also been a terrible burden on healthcare workers.” 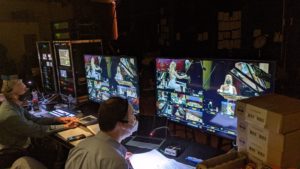 The Atlanta Symphony Orchestra maintained a performance schedule with innovations including a shift to virtual concerts, which also had the effect of expanding the ASO’s reach. Credit: ASO

Through the pandemic, the orchestra has provided free digital access to educators, hospital staff and patients, residents at long-term care facilities, and to veterans. Last fall, while seniors were living under shelter-in-place restrictions, orchestra members traveled to several retirement communities to play in their central courtyards. Interactive recitals via Zoom have been especially popular. Meanwhile, Barlament and the team partnered with the Georgia Music Educators Association to help fill the gap for young music students who have been subject to restrictions on band, orchestra and choral programs. Today, the orchestra’s online platform serves some 15,000 kids, with the hope of growing that number significantly. And all these events help keep artistic goals on track.

“Composers are still writing music,” said Barlament. “And keeping up with today’s creative energy is a key part of the ASO’s mission.” To date, the Behind the Curtain Series has featured 10 contemporary works and one world premiere. They have had an exciting line-up of soloists and guest conductors, as well as some rising stars from their Talent Development Program for Black and Latinx musicians. At the same time, Robert Spano’s tenure as music director concludes in June 2020, when he will assume the role of Music Director Laureate. Both Maestro Spano and Donald Runnicles (now Sir Donald Runnicles) will continue to conduct programs when the orchestra returns to live performances next season. 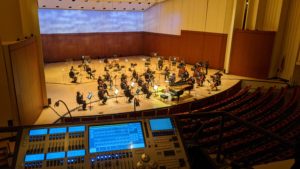 “This was always going to be a transition period for us,” said Barlament. “But music director searches are quite energizing for an organization. It means trying different things and establishing new relationships.”

Perhaps the experimentation went further than anyone could have imagined (pre-pandemic), but the Southeast’s premier orchestra has proven to be nimble and innovative, and will no doubt be making music for a long time to come.

Note to readers: Noel Morris writes for the John F. Kennedy Center for the Performing Arts, The Atlanta Opera, and the Atlanta Symphony Orchestra. She produced the opera podcast “He Sang/She Sang” for WQXR in New York City; “Shanghai Spring,” and the Shanghai Symphony Orchestra broadcast for the WFMT Radio Network and was the original producer of WFMT’s “Exploring Music with Bill McGlaughlin.” Other radio productions include broadcasts for the Library of Congress, Wolf Trap, WABE in Atlanta, the Indianapolis Symphony Orchestra, and WQXR in New York City. She has interviewed many of the great performers, composers, and conductors of our time, and is active as a choral singer. She currently serves as a writer and as marketing manager of Chicago’s Grant Park Music Festival in Chicago.

Women in the arts, past, present and future: 50 years of Woodruff Arts Center
This Summer, Get Your Art from the Great Outdoors