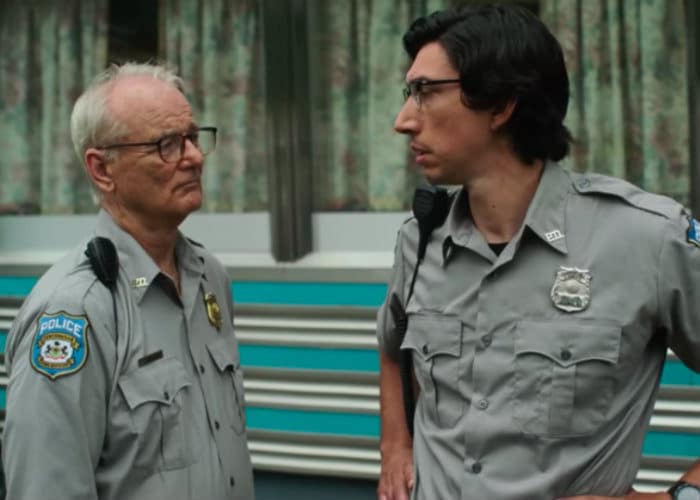 A scent from "The Dead Don't Die" movie

Neither does the director’s trademark deadpan, which has somehow managed to keep him afloat with movie cultists since his debut movie, “Stranger Than Paradise,” which premiered at the New York Film Festival in 1984.

(Veteran critic note: I was there and the crowd was ready to crown Jarmusch the king of the prom, but he was upstaged and outdone by a pair of Midwestern brothers named Coen and their first feature, ‘Blood Simple.”) 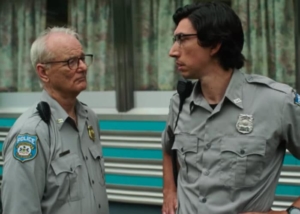 A scent from “The Dead Don’t Die” movie

Jarmusch’s particular brand of downtown hip has never sat well with me. I’m an unabashed fan of his oddball western, “Dead Man,” starring Johnny Depp, and that’s about it.

So, it was with a head full of snark that I approached “The Dead Don’t Die,” and, for most of the movie, I was pleasantly surprised.  It…was…watchable.

Alas, the movie ultimately couldn’t go the distance, settling into a meta-mush that even its appealing cast couldn’t make work.

Set in a David Lynch-ish small town called Centerville (population 738 and dropping…rapidly), the picture begins well with sheriff Bill Murray and his deputy Adam Driver making their usual rounds and observing that something is off. It’s staying light longer than usual and their cell phones and watches no longer work.

As Shakespeare might say, time is indeed out of joint.

Driver seems to have a better grasp of what’s going on, repeatedly telling Murray: “This whole thing is going to end badly” or, after the first gory attack at a diner: “I’m thinking zombies.”

It being a Jim Jarmusch movie, Murray doesn’t bat an eye.

Things go from bad to worse. In a direct steal from George Romero’s “Dawn of the Dead,” the zombies can be distracted from gnawing on human flesh by cravings they had before they passed. “Chardonnay” drones one (Carol Kane) while others mumble about coffee, wi-fi, sneakers, etc.

It’s all reasonably amusing until we get toward the end and Jarmusch comes up empty. Having painted himself into a corner, he pretty much shrugs and says, geez, it’s all a big joke – on you, dear audience. (Poor Jarmusch thinks he’s still playing to movie-goers who’ll get a laugh out of seeing a gravestone for famed B-movie director, Sam Fuller).

The cast, which also includes Tilda Swinton, Steve Buscemi, Danny Glover, Tom Waits, Iggy Pop, Chloe Sevigny and Selena Gomez, is game, but there’s only so much they can do. And the movie looks good; cinematically, at least, Jarmusch has come a long way since “Stranger Than Paradise.”

But there’s an excruciating emptiness here, as if Jarmusch is trying to reconfigure his tone and talent for, well, you know, the kids. (Though there is an excellent joke in which Gomez and pals try to figure out who Zelda Fitzgerald was; their conclusion: the wife of that rich guy “The Great Gatsby”).

Still, Jarmusch seems at sea and it shows. Good for him, I guess, for trying. But maybe he should’ve stuck with the movie-lovers he knows – the ones who know who Sam Fuller is.