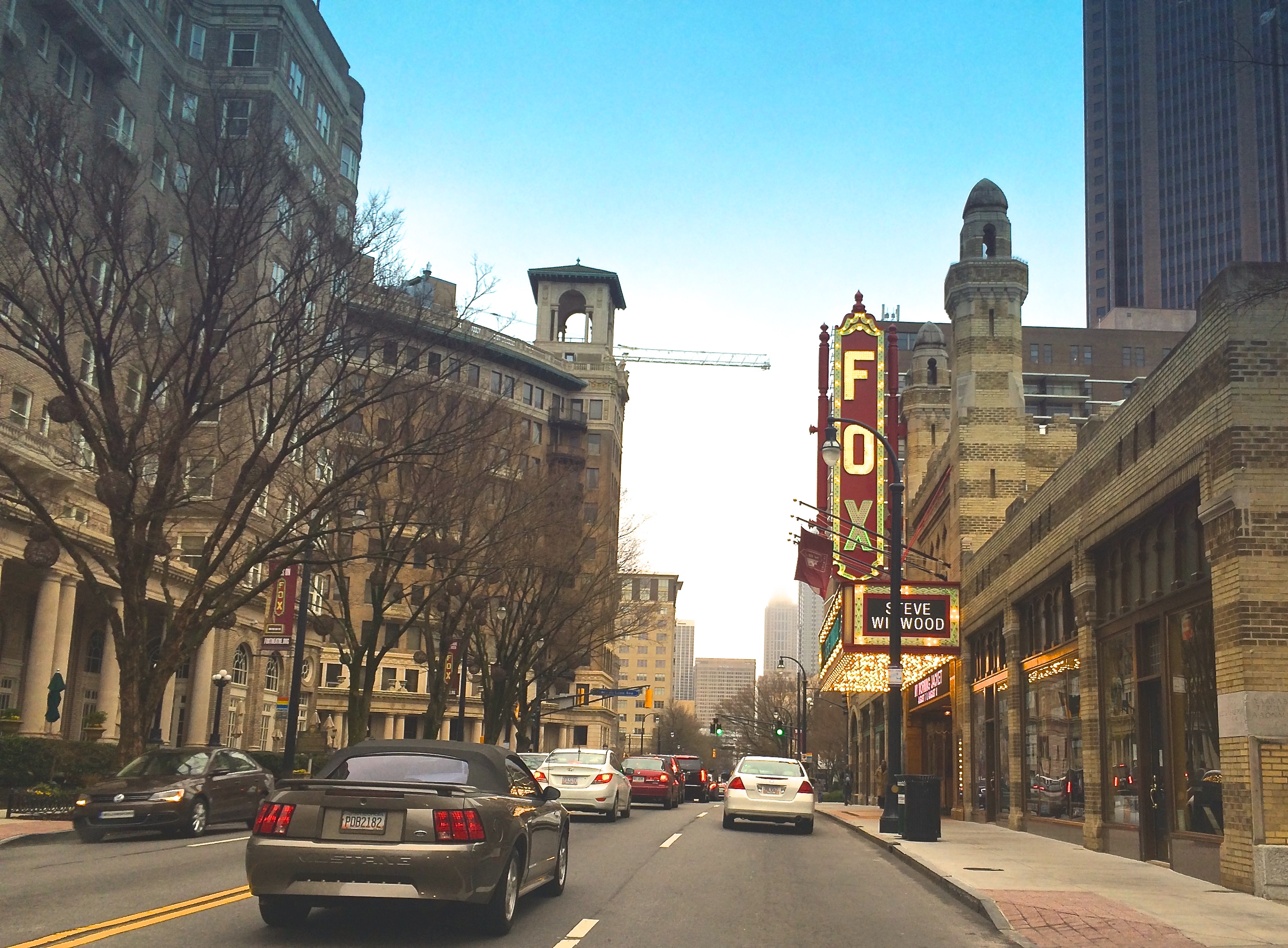 Atlanta’s greatest preservation victory happened 40 years ago when a broad-based coalition of civic leaders, students, developers, preservationists, elected officials and media outlets rallied behind the “Save the Fox” movement.

The Fox has been the pinnacle of Atlanta’s preservation movement – a lasting symbol of what can and should be done to save our historic treasures. 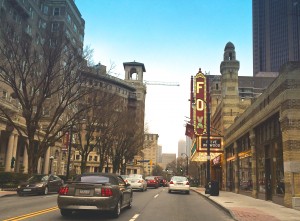 But sometimes it feels as though the power of preservation began and ended with the Fox. It’s as if some folks will state: “We saved the Fox – what more do you want?”

Sadly, the true legacy of the Fox in Atlanta should define value of historic preservation. Look at how much richer we are as a city because we saved the Fox.

But in reality, there continues to be a disconnect in a community. We are all too trigger happy when it comes to bringing out the demolition crew to wipe away our past.

It has been 20 years since the North Avenue Presbyterian Church demolished the grand old opera house – the Erlanger Theater – on Peachtree Street – replacing it with parking. Whenever I go by, I see what could have been.

But at the time, the church argued that we had saved the Fox, and we had the Civic Center. So it justified that tearing down the theater and replace it with a parking lot to be used primarily one day a week was the way to go. 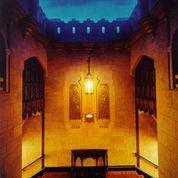 A view from inside the Fox Theater (Photo by Michael Portman)

We are on the verge of more misguided thinking. Word has it that Glenridge Hall in Sandy Springs could be demolished any day now. A member of the Glenn family told me last week that the amazing craftsmanship that was used when the Hall was built could not be replicated.

And yet people throw around all sorts of excuses – even if they can’t be backed up with facts. It’s too expensive to renovate. It’s beyond repair.

In short, as a city and as a metro area, we are so shortsighted when it comes to preservation.

Most people who flock to the Fox Theatre today have a hard time imagining that Atlanta could have ever considered demolishing the 1929 architectural gem. 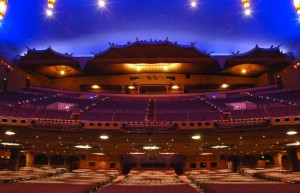 An inside look at the Fabulous Fox (Photo by Sara Foltz)

But we came so very close to whisking it away as we did the Terminal Station, Union Station, the Carnegie Library, the Loew’s Grand, the Peachtree Arcade, the Dinkler Plaza Hotel and so many other jewels of our past.

In fact, it took the efforts of thousands to Save the Fox Theatre.

I was doing my internship at Creative Loafing during the summer of 1974 when the news hit that Southern Bell was buying the Fox and was going to tear it down so it could build its new headquarters.

(Jackson did emerge as a hero because he refused to sign the demolition permit). 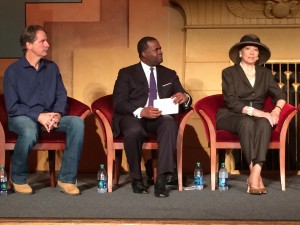 At the announcement of the 40th anniversary celebration of the ‘Save the Fox” effort. Jeff Foxworthy Mayor Kasim Reed, and Valerie Jackson, widow of former Atlanta Mayor Maynard Jackson

Atlanta business leaders, all too willing to support Southern Bell, told me that it made no economic sense to save the Fox. Plus we now had the brand new, modern Civic Center that fulfilled the need for a theater that size.

The “Save the Fox” effort was multipronged – thousands of names on petitions, weekly protests, students keeping watch all night to make sure an “accidental” fire didn’t destroy the building. A nonprofit – Atlanta Landmarks – was formed. All sorts of juggling and land swaps took place so that Southern Bell could build its headquarters right next door to the Fox.

At any point between 1974 and 1975, the fate of the Fox could easily have turned sour – resulting in the demolition of the magnificent theater with an irreplaceable decor. Remembering the sentiments of the day, it really is a miracle that the Fox was saved.

And today it is one of the most profitable and active venues of its size in the country. In fact the Fox is so successful today that it has established the Fox Theatre Institute and the Friend of the Fox program that contribute time, expertise and dollars to help rescue other Georgia theaters that could be endangered. 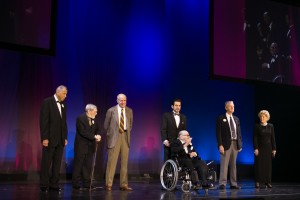 The Georgia Trust for Historic Preservation held a recent celebration for the 40th anniversary of the successful “Save the Fox” initiative on March 14. It honored the original trustees of Atlanta Landmarks – the people who really stepped up to make sure we were not going to lose the Fabulous Fox.

Many of the Atlanta heroes are no longer with us, but their contribution to the city lives on – thriving – on Peachtree Street. 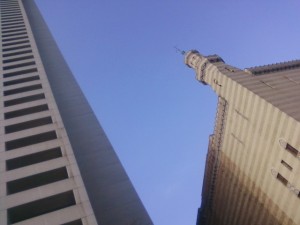 The Save the Fox saga should be an ode for Atlanta – a constant reminder that we need to preserve our history by giving our older beautiful buildings new life.

“What saving the Fox did was give us a blueprint for saving other buildings,” said Mark McDonald, president and CEO of the Georgia Trust.

But McDonald quickly added that we haven’t adopted or followed that blueprint by changing public policy in favor of preservation. Unlike McDonald’s former city of Savannah, Atlanta has not galvanized public opinion to get the community working together by offering both “carrots and sticks” to promote preservation.

The Fox stands as a testament for us now – a case study of the economic benefits of preserving an incredible building that could never be replaced.

But as we go forward, let’s put the Fox on a pedestal to show us how we can get it right. Just because we saved the Fox doesn’t mean we’re done.

Quite the contrary. We can and should be doing so much more to honor our past as we look to the future. 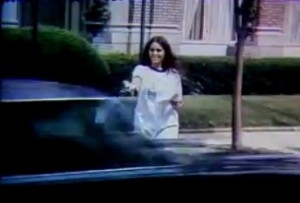 Maria passing out “Save the Fox” leaflets in 1974 (Source: GPB Fox documentary from WSB-TV footage) 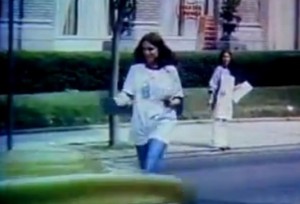 Facts and figures about the Fox Theatre (Source: the Fox)

Previous Article
Palmetto project shows political volatility of pipelines
Next Article
Ready to be proactive in the war against allergens?