‘The Goldfinch” – despite talented cast, movie is inert and dull

Donna’s Tartt’s sprawling Dickensian novel was a favorite with critics and book clubs alike. In some ways, it’s the sort of movie Hollywood used to make in its sleep: prestigious, densely plotted, with panoply of colorful characters. 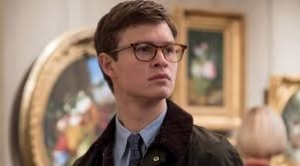 A scene from “The Goldfinch”

But “The Goldfinch” more or less just sits there, circling back to a central incident: 13-year-old Theo Decker (Oakes Fegley) and his mom are at the Metropolitan Museum of Art, looking at the titular painting, when a terrorist bomb goes off. The mother is among those killed and dust-covered, shell-shocked Theo, is shipped to the Upper East Side to stay with the gracious Barbour family (he goes to school with one of the kids).

The family, especially the serenely beautiful Mrs. Barbour (Nicole Kidman), warms to him and he to them. That’s when his absentee bum of a dad (Luke Wilson) turns up and takes him off to Foreclosureville, Nevada, where he lives with his gum-snapping sweetie, Xandra (Sarah Paulson). 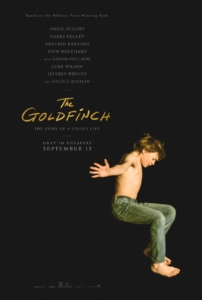 Yes, reduced circumstances, as Dickens might say, but there is one bright spot. Theo is befriended by Boris (“Stranger Things’” arresting  Finn Wolfhard), an eccentric Ukrainian kid.  The two will cross paths again as adults, played by “Baby Driver’s’ Ansel Elgort (Theo) and Ameurin Barnard (Boris).

Other important characters drifting through include Hobie (Jeffrey Wright), an antiques dealer who becomes a surrogate father to the young Theo, Andy (Ryan Foust), the nerdy little Barbour kid who brings Theo into his family, and Pippa (Ashleigh Cummings ), a red-headed girl about Theo’s age whose life is also shattered by the explosion.  On the other side of the camera is more talent: cinematographer Roger Deakins and production designer K.K. Barrett.

But no matter how many A-Listers director John Crowley (“Brooklyn”) brings in, “The Goldfinch” remains inert and dull. One wonders if the material would’ve been better served as a limited mini-series. It certainly doesn’t work as a two-and-a-half hour movie.