I only met Paul Newman twice.

“The Last Movie Stars,” his six-part series on Paul Newman and Joanne Woodward, is a pandemic epic, a spectacular amalgamation of clips and interviews and Ken Burns-style voice-overs by famous actors that takes its form from the Zoom culture COVID has forced on us for the last several years.

Hawke has been singularly lucky in that, not only has he attracted some major talent to his project (George Clooney as Newman, Laura Linney as Woodward, for starters), but he’s been blessed with a treasure trove of original material.

Several decades ago, Newman asked Stewart Stern to record interviews with colleagues, friends and family for a planned memoir. The actor then had second thoughts and set fire to the tapes. However, there remained thousands of pages of transcripts from the audios, which Newman’s family gave to Hawke. 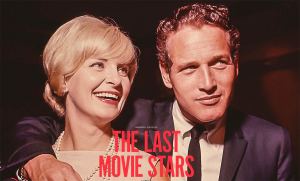 The result is a brilliant and highly original chronicle of two of the best and brightest of their generation.

There is so much here, from their being fortuitously paired as understudies in William Inge’s “Picnic” (they essentially fell in love backstage, though he was already married with kids) to her early success (winning the Oscar for “The Three Faces of Eve”) to his seemingly inevitable ascendance (more on that later) to their decades-long marriage in a profession notorious for short-term commitments.

However, it wasn’t all sunshine and lollipops. Newman’s public façade as an ironic, happy-go-lucky, beer-swilling actor/director/race-car driver/do-gooder masked a deeper problem. His children, who are among the interviewees, agree that he was a high-functioning alcoholic. At one point, Woodward even left him, taking the kids with her and making him sleep in the driveway.

He cut back on the drinking.

And while she won her Oscar decades before he won his (for the second-rate “The Color of Money”), the facts of life, so to speak, as they were (and, to some extent, still are) on-screen and off, worked against her. As she grew older, roles dried up. But he was still a raffish sex symbol (“Cool Hand Luke,” “The Sting”), she was increasingly relegated to skittish spinsters (“Rachel, Rachel”) and shrewish single mothers (“The Effect of Gamma Rays on Man-in-the-Moon Marigolds”).

Plus, there was their family – six children all together, three from his first marriage and three with Joanne. Somehow (hmm…), the parenting role fell to her. And just like that, she goes from movie star to good-natured frump, bringing her knitting with her on talk-show appearances while he’s riding the range with Redford in “Butch Cassidy and the Sundance Kid” or rocketing around racetracks with Mario Andretti (a co-producer, incidentally, of “The Last Movie Stars”).

“When I was young,” Woodward admits, “I wanted to act, and I didn’t let anything stand in my way. Until I had children. Although I adored each and every one of them, if I’d had it to do over again, I might not have had children.” Newman experiences slumps, personal and professional, as well. He’s conscious that he’s not always there for his family (“I could’ve done things that would’ve made the kids different,” he muses, with some anger. “But how different, I don’t know.”) And before such career-renewing performances in “The Verdict” (extraordinary; the film he should’ve won his late-career Oscar for), he slogs through high-paying crap like “The Towering Inferno” and “When Time Ran Out…”

There is also, around the same time, a terrible tragedy.  While Newman is becoming a high-profile and universally beloved actor/activist (No. 19 on Nixon’s Enemy’s List), his son Scott dies from an overdose. As a result, politics give way to humanitarianism: The Hole-in-the-Wall Camp for terminally ill children and Newman’s Own, a line of food products that donates its considerable profits to charity.

There is so much here, and it’s all so beautifully done that “The Last Movie Stars” could easily have gone twice as long. Necessarily, perhaps, Hawke can only skim certain topics, from Newman’s being half-Jewish (he chose to identify as Jewish “because it’s harder”) to the anti-feminist culture that Woodward must battle (and defeat, which she does by moving to television and collecting a passel of Emmys).

There are also omissions. If we’re going to discuss “The Color of Money,” where is co-star Tom Cruise?

But overall, this is a massive achievement for so many reasons. And at its tender heart is a love for acting. The undeniable undercurrent of “The Last Movie Stars” is that of actors taking to other actors about acting. 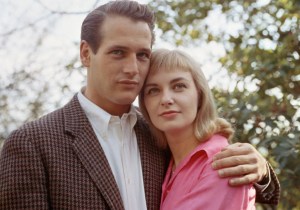 There is an odd wistfulness here, as if Hawke and company feel like they missed out on something they would’ve loved to have been part of. You feel a kind of collective ache for what it must have been like back then, when Newman and Woodward were young, spending their time at acting classes with Sanford Meisner and at the Actor’s Studio, then off to see a production of “Uncle Vanya” on Broadway, all the while earning a salary understudying in a Pulitzer Prize-winning play.

“This is the generation that walked in and saw Marlon Brando scream ‘Stella!’ for the first time,” someone says. And if the Zoom screen had been split into a dozen parts you might’ve seen Clooney and Linney, Sam Rockwell and Sally Field, Vincent D’Onofrio and Billy Crudup all nodding in eager agreement.

Hawke has done right by Newman and Woodward. And he’s done himself proud.

Personal Note: When I interviewed Newman for “Nobody’s Fool” (lovely and low-key; check it out), I asked who should play him in “The Paul Newman Story.”

“The Last Movie Stars” can be viewed on HBO Max.