The Oscars – Predictions and Predilections 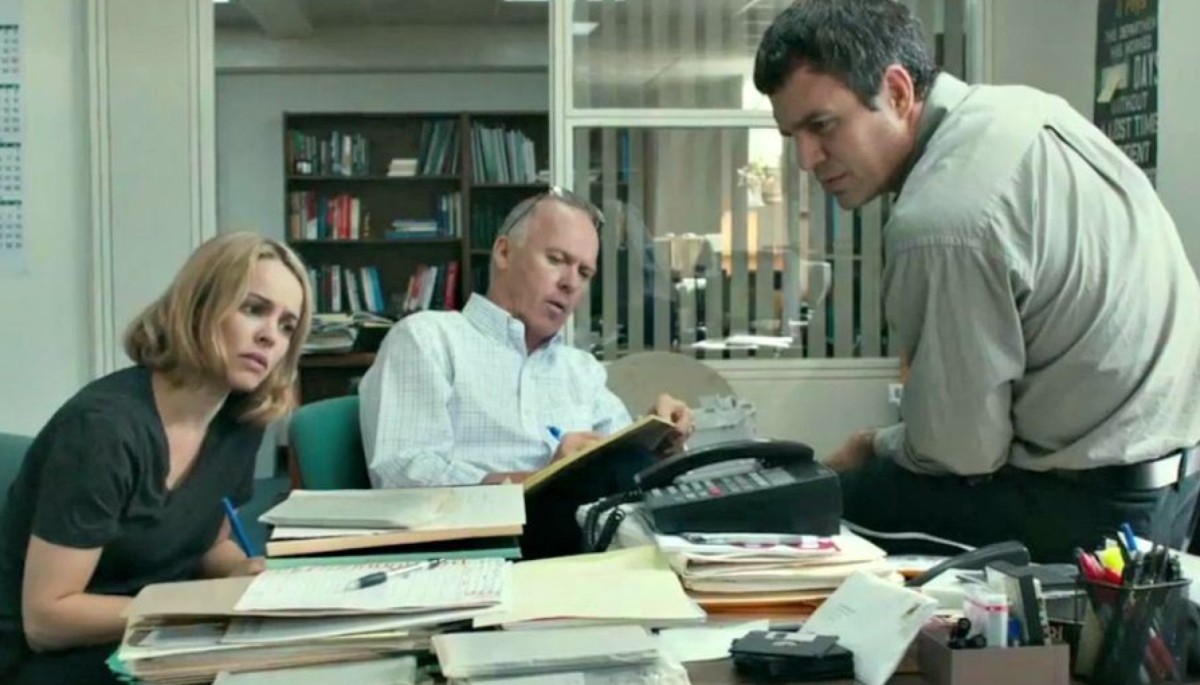 Well, less than a week to go and it’s all over but the Monday morning quarterbacking. And, of course, the ubiquitous never-ending analysis.

Not analysis of who won and who didn’t, but who looked good and who didn’t. Maybe they should stop calling it the Oscars and go with The Big Red Carpet. 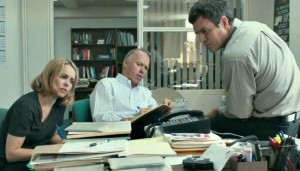 Another thing you can bet on: As a way to counter the recent, um, unpleasantness about the overwhelming hue of this year’s nominees, count on seeing lots and lots of shots of people of color, both on the red carpet and in the audience.

Now for the Office Pool. The Oscars have six major categories, which is all I ever deal with.  I once had a colleague at The Atlanta Journal Constitution who compulsively insisted on making choices in every single category.  Sorry, but I really don’t have a clue who Best Sound Editing should go to….

Actually, there are years where I’m pretty clueless in the Big Deal Categories, too (and this year is one of them).

So, here goes. My predictions (which is all you probably need for your betting) and my predilections (because movie reviewers are like that).

Let’s do the easy ones first. 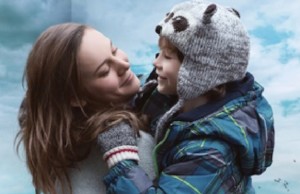 Brie Larson’s performance in ‘Room’ was a tour de force worthy of an Oscar for Best Actress. Credit: hollywoodnews.com

Her performance is a tour de force. It’s that simple. Blanchett already has two Oscars. Young as she is, Ronan has done better work in other films. So has Lawrence. Plus, she already has an Oscar. Plus, her movie stinks. For Rampling, it’s a nice bit of late-career recognition – along with “proving” that Hollywood is entirely open to older actresses (Sure.…) 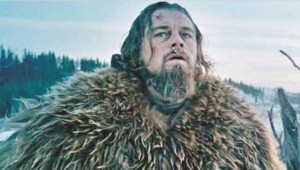 WILL WIN: DiCaprio (“The Revenant”)

Well, okay – Keaton isn’t even nominated. Someone should punch the Academy members in their collective noses. Otherwise, Damon has an Oscar (Best Original Screenplay, “Good Will Hunting”). Cranston is still mostly considered a TV star and Oscar can be very snobby. Forget Fassbender; his movie tanked. And Redmayne won last year. (And his movie pretty much tanked, too). “The Revenant” isn’t DiCaprio’s best work.  Not by a long shot. But he’s given amazing performances in at least a half dozen other movies (“Revolutionary Road, “The Departed,” “The Quick and the Dead”).  So I’ll be glad to see him finally win. And remember, Paul Newman got his Oscar for “The Color of Money” – not exactly a career best. 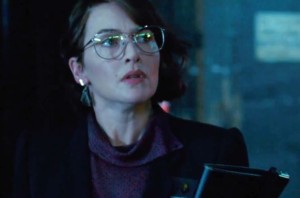 Kate Winslet could win a Best Actress award. Her performance was that good, and giving a nod to her and Leonardo DiCaprio would be a nostalgic gesture.

SHOULD WIN: Jason Leigh or Winslet

Vikander’s young, she’s new, she’s hot, she’s bankable. And she’s supportive of her transgendered husband. She was also young, new, hot and bankable in “Ex Machina.” So the odds are … Mara may have a chance, but she’s not quite as shine-y new. Nor did she play a sexy robot. There might be a nostalgic wave for Winslet … just so we can see the “Titanic” stars reunited almost 20 years later. Plus, she’s excellent. However, she’s already won (“The Reader”).  McAdams is solid, but more of an ensemble player. I’ve got a soft spot for Jason Leigh’s snarling outlaw who gives as good as good as she gets. And she’s more than paid her dues. 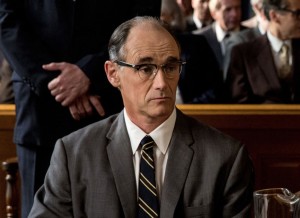 Mark Rilance should win a Best Supporting actor award, for his work in ‘Bridge of Spies.’ But he’ll probably lose to Mark Ruffalo, for ‘Spotlight.’ Credit: eonline.com

Stallone could pull it off; most of the traditional pundits say he will. However, his win could underscore his co-star’s (Michael B. Jordan) Oscar snub (That said, I can already see it: Stallone holds his Oscar aloft and says “I share this award with” … followed by a close-up of Jordan applauding madly….). Hardy is an up-and-comer, but the role doesn’t have much resonance. Bale has an Oscar; the nomination should’ve gone to his co-star, Steve Carell. If you’ve ever seen Rylance in anything, you know how astonishing he is and why he deserves to win. However, Ruffalo has been around for a while, has paid his dues and, as “Spotlight” fades, it’s one way to honor the film. 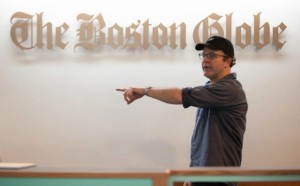 Tom McCarthy deserves a Best Director award for ‘Spotlight.; But Alejandro Inarritu is the favorite for his work on ‘The Remnant.’ Credit: datainfox.com

Four months ago, “Spotlight” was a shoo-in.  Then “The Big Short” came out and it looked like a two-movie race. Then “The Revenant” hit theaters and Inarritu was the Director’s Guild of America’s choice, even though he’d won the previous year for “Birdman.” If the DGA doesn’t mind repeating itself, why should the Academy? Further, there’s precedent: Both John Ford and Joseph L. Mankiewicz won two years in a row. Miller is a possible dark horse. McKay did a terrific job; however, he may need another year or so to distance himself from his earlier comedic work (“Step Brothers,” anyone?). Remember, Oscar is notoriously snobbish about comedy. McCarthy is the most deserving, but when has that ever made a difference at the Oscars? 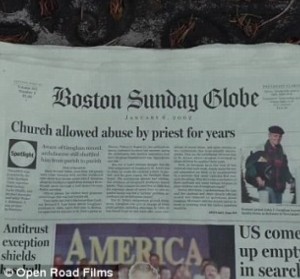 Just as The Boston Globe won a Pulitzer Prize in 2003 for uncovering the Catholic Church’s role in covering up child abuse, the movie about the cover-up should win an Oscar for Best Picture. File/Credit: dailymail.co.uk

It’s really down to three pictures: “The Big Short,” “The Revenant,” and “Spotlight.” Each was recognized by one of the three big-deal guilds, but I’m thinking “Spotlight” because it’s the most traditional “Best Picture” (important subject, taken seriously, with a dash of humor). Also, it was the movie supported by the Screen Actors Guild and the acting branch is the largest in the Academy. Another also: Just as it honors Old School journalism, the picture honors Old School movie-making.

Previous Article
The dragon that reaches out and grabs you
Next Article
MARTA may start photographing drivers, car tags as part of parking system upgrade