‘The Weeping Time’: The story of the largest slave auction and a descendant’s homecoming journey 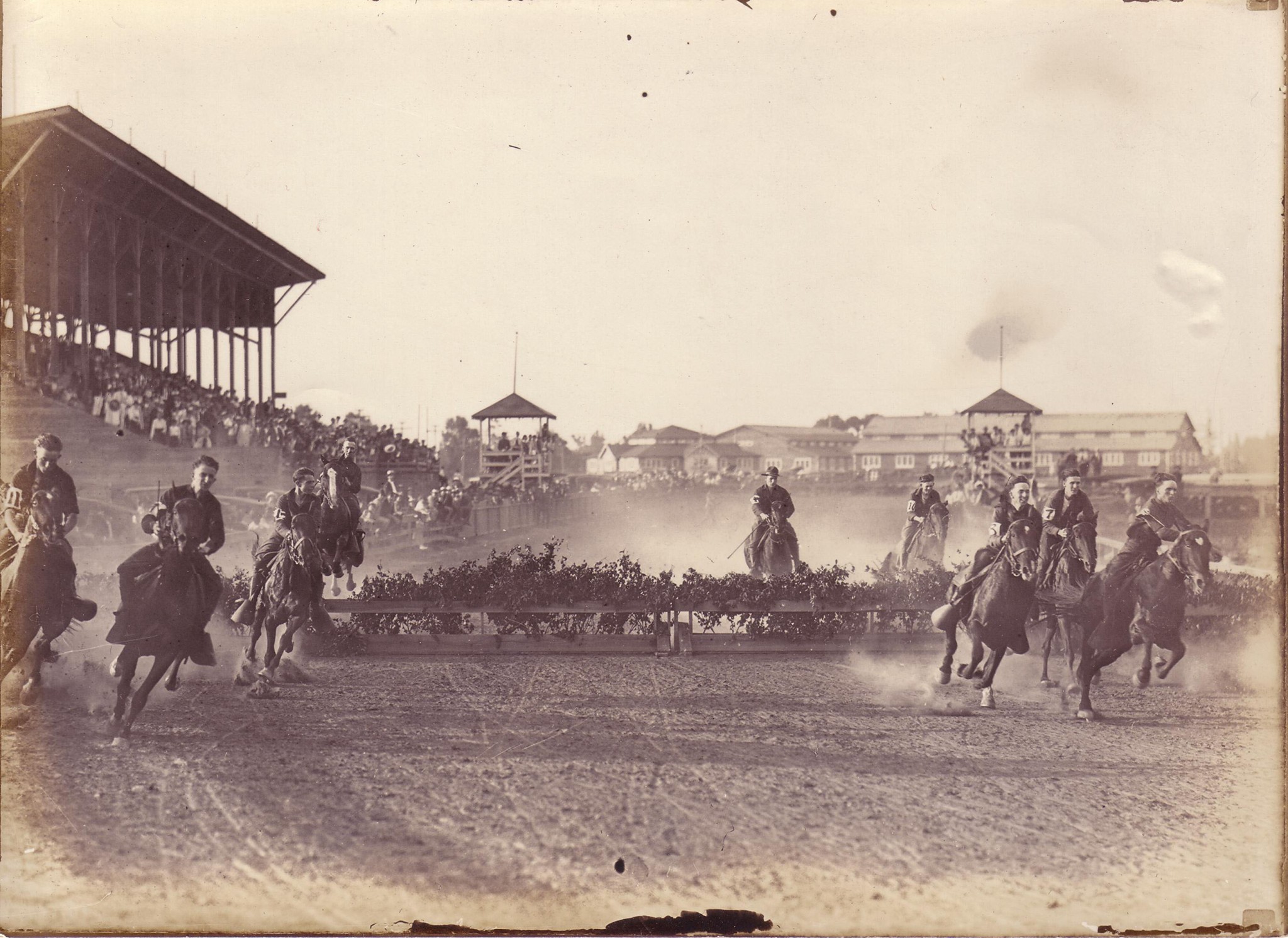 This week guest contributor Kwesi J. DeGraft-Hanson, a landscape architect in Atlanta, unearths the place and the people of the nation’s largest slave auction. 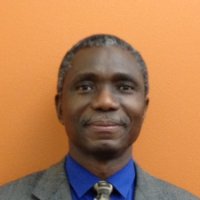 To recoup losses suffered in gambling and stock market speculation, Pierce Mease Butler auctioned off 429 enslaved persons in Savannah on March 2 and 3, 1859. It was the single largest slave auction in recorded U.S. history. 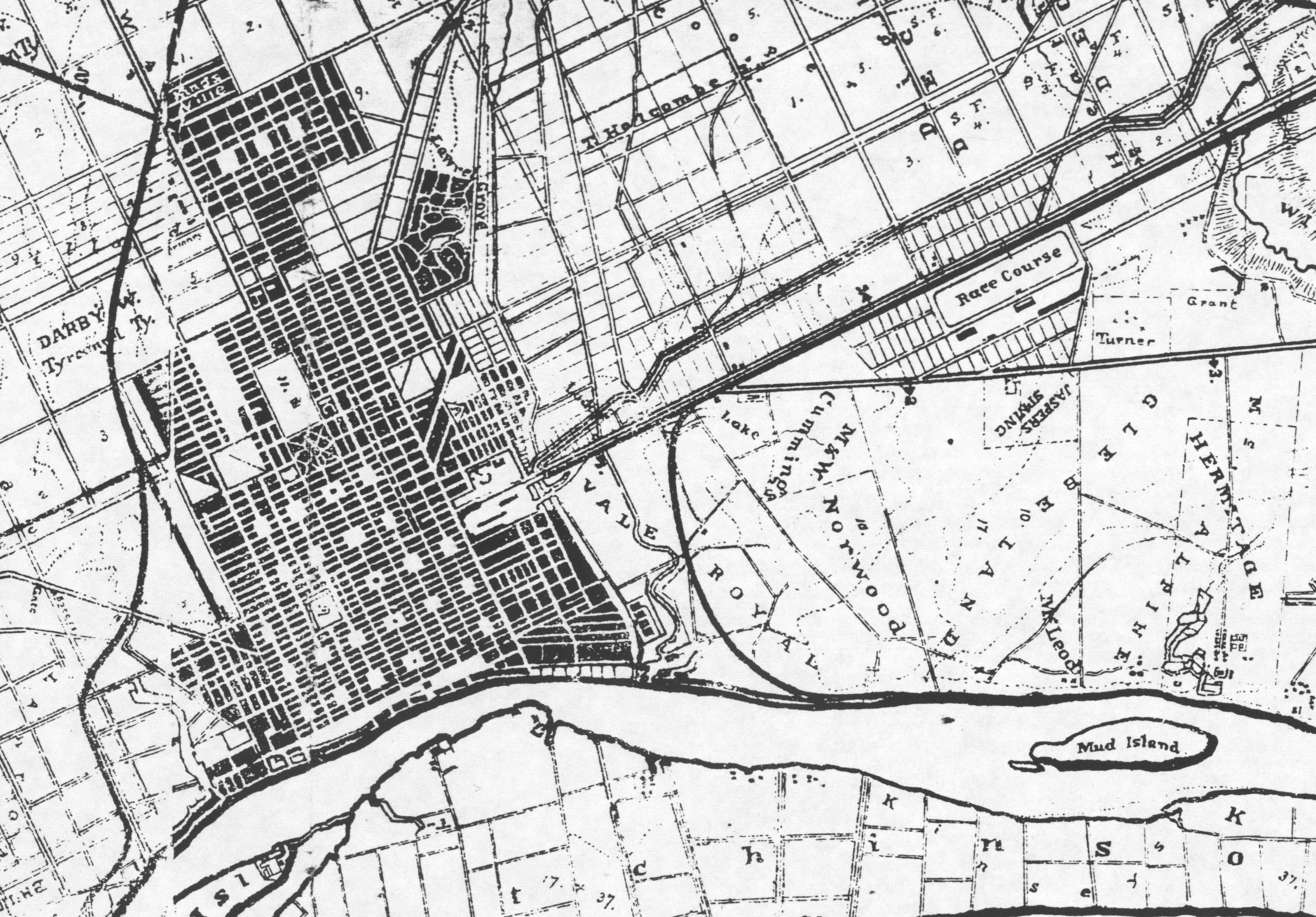 Butler’s agents surreptitiously transported 429 of these persons to Savannah via rail or steam packet, and then sent them to the recently reconstituted Ten Broeck Race Course, named for one of America’s more famous racehorse owners at the time, Richard Ten Broeck of Metairie, Louisiana. The track was located west of downtown Savannah, on a site currently occupied by an elementary school and a plywood factory. In the week before the sale, buyers inspected the enslaved in the horse stalls where they were quartered at the racetrack. On the sale days, the enslaved were brought to a room underneath the grandstand and auctioned off.

One eyewitness to the event, newspaper reporter Mortimer Thomson (alias “Doesticks”) of the New York Tribune, recorded the details in an article titled “Great Auction Sale of Slaves at Savannah, Georgia.”

Rain fell torrentially during the two days of the auction, letting up only after the last person had been sold. The enslaved surmised that God was weeping during the sale. According to Thomson, all the enslaved grieved, but “none wept.” The 429 men, women, and children put up for sale were dispersed throughout the South. The sale had been advertised not only in Georgia’s cities but also in Charleston, Mobile, Memphis, Vicksburg, Richmond, and New Orleans. 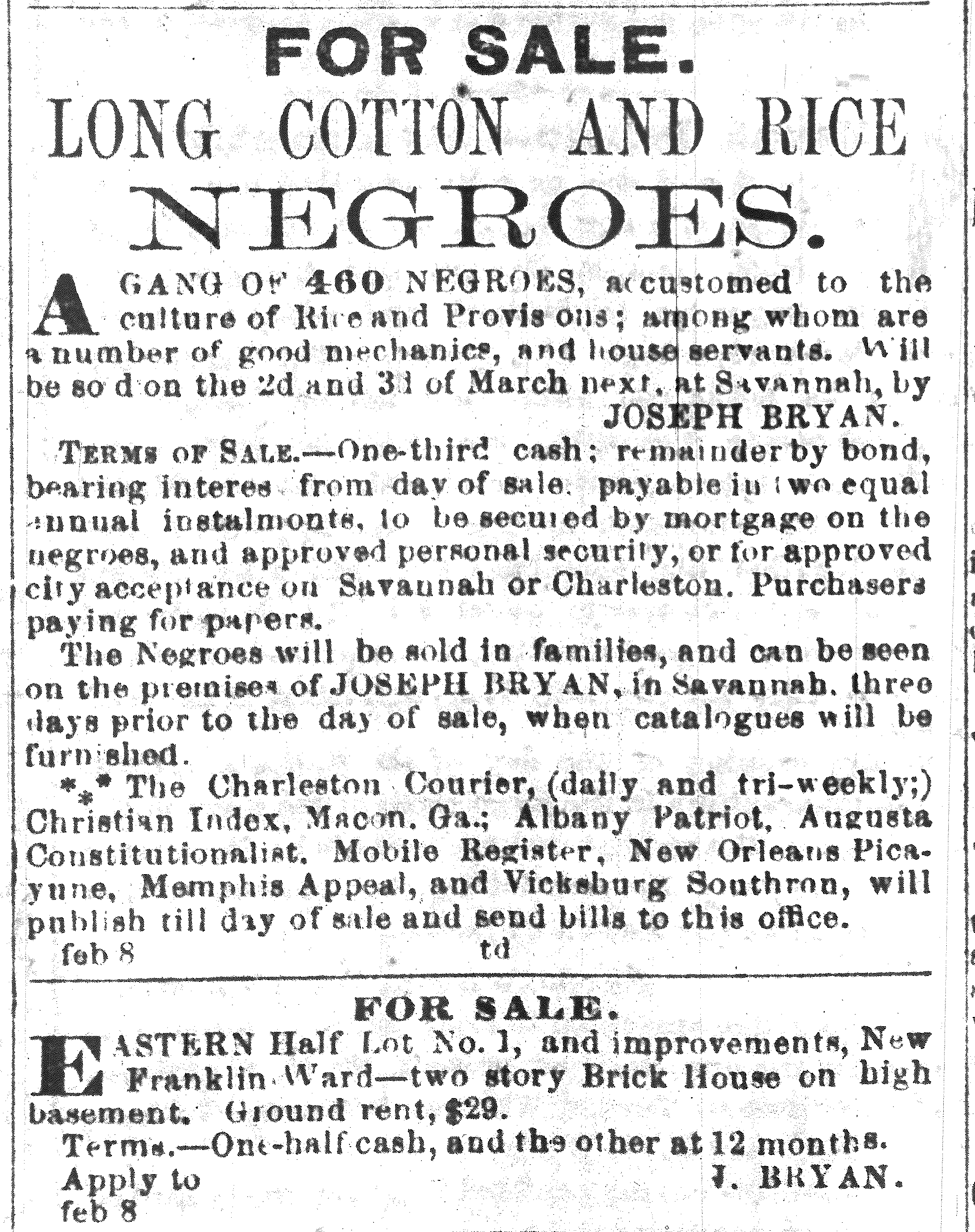 Families were “torn asunder.” Children were sold alongside parents, but single young adults and the elderly were auctioned separately. Butler, present at the sale, occasionally shook hands with some of the enslaved and gave each person sold a dollar. He netted $303,580 at the end of the sale (the equivalent of more than $10 million today). Slave broker Joseph Bryan popped champagne bottles and, with auctioneer Thomas Walsh and Pierce Butler, invited the new slave owners to a toast. Subsequently, wagons and ships laden with former Butler enslaved persons departed Savannah in myriad directions.

The Ten Broeck Race Course disappeared long ago, and its location is not well known today. I wanted to rediscover the place. No Savannah maps dating to the 1730s showed a race course, but a keyword search for Ten Broeck turned up a news article about the inaugural race at the course on January 7, 1859. The president of the Savannah Jockey Club, which raced at the track, was Charles Augustus Lafayette Lamar. He advocated reopening the African slave trade and was part-owner of the Wanderer, the last slave ship to bring enslaved Africans to Georgia, in November 1858 — violating the 1808 federal law that had ended the slave trade. 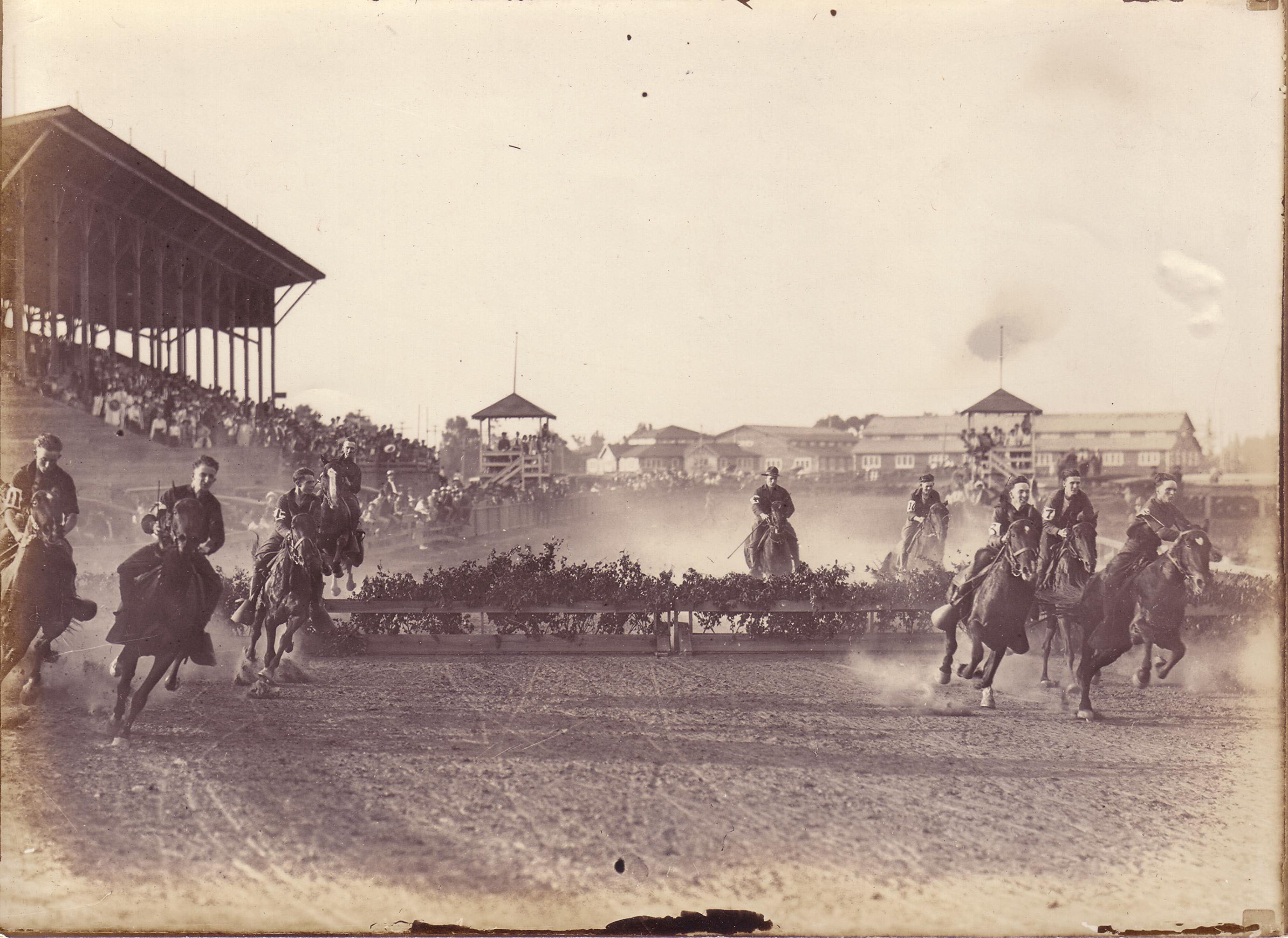 At the Georgia Historical Society (GHS), in Savannah, an 1872 map by Charles Platen indicates a race course west of Savannah, corroborating Mortimer Thomson’s account that the race course was three miles west of the city. The GHS also owns a plat showing the boundaries of the former Ten Broeck property. Subsequent comparison of other maps confirms that the Ten Broeck Race Course was located in a way that placed the former grandstand where the Bradley Plywood Corporation’s office building stands today.

In 2011 the Savannah chapter of Alpha Kappa Alpha sorority invited me to speak at Savannah’s Beach Institute about the Weeping Time. Anticipating a question about where the enslaved persons ended up, I began a search that took me to a website listing some of the Butler enslaved persons who had been sold. The author of the site was Annette Holmes.

Holmes, of California, is a direct descendant of John and Betsey, a couple sold at the Weeping Time. She discovered this poignant and important heritage inadvertently. In 2004, watching a PBS documentary, Africans in America, she heard of the Weeping Time slave sale. The story caught her attention because the maiden name of her maternal grandmother, Henrietta Cox, was Butler, and she was originally from Louisiana. 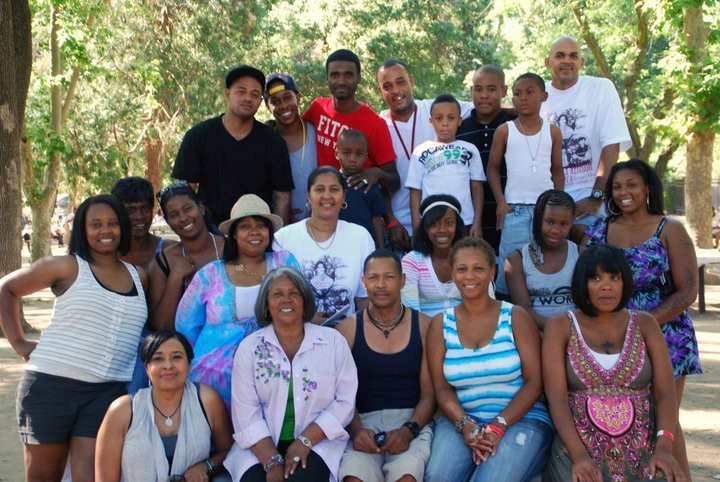 Using the website Ancestry.com, Holmes found the 1910 U.S. census, where her grandmother Henrietta was listed as an eight-year-old girl in her parents’ Louisiana household. Her father was listed as James (Jim) Butler, and her mother as Hannah Butler. Searching the 1880 and 1870 censuses, Holmes found her great-grandfather James (Jim) Butler listed as a young lad in his parents’ household, in Red River Parish, Louisiana. His parents were listed as John and Betty [sic] Butler, who the census revealed had been born in Georgia, as were their two oldest offspring, Kate and Violet — born in 1853 and 1858, respectively. The remaining children of John and Betsey were all Louisiana-born, the first arriving in 1861. Holmes realized that the family had moved from Georgia to Louisiana between 1858 and 1861 — and had likely been sold at the Weeping Time.

Holmes located Mortimer Thomson’s 1859 New York Tribune article. Thomson saved a copy of the sale catalogue, featuring names, ages, and descriptions of the enslaved persons initially proffered for sale, including Holmes’s great-great-grandparents, John and Betsey, along with their two daughters Kate and Violet. By incredible good fortune, Holmes was able to find her ancestors. In Holmes’s words:

Some of the slaves were listed along with their chattel number, what kind of work they did on the plantation, and for how much they were sold. After scouring the pages [of the catalogue], lo and behold! On page 11, there was a listing for:

Since 2011, I have invited Annette Holmes to visit Georgia, so that she could visit her ancestral land, and we could give lectures on our research. So far, despite the generosity of a number of individuals and institutions, sufficient resources have not been found to make it possible for her family to join her on this journey. But I remain hopeful that soon they will be able to experience a homecoming, more than 156 years since the Weeping Time.

Kwesi J. DeGraft-Hanson, Ph.D. (Emory University), is a landscape architect in Atlanta who also specializes in reclaiming and preserving the sites of historic landmarks and landscapes like the Ten Broeck Race Course.

Previous Article
Paging Alex Trebek: How Fox News could have handled its debate dilemma
Next Article
If you think you’ve seen this statue before, there’s an interesting reason why