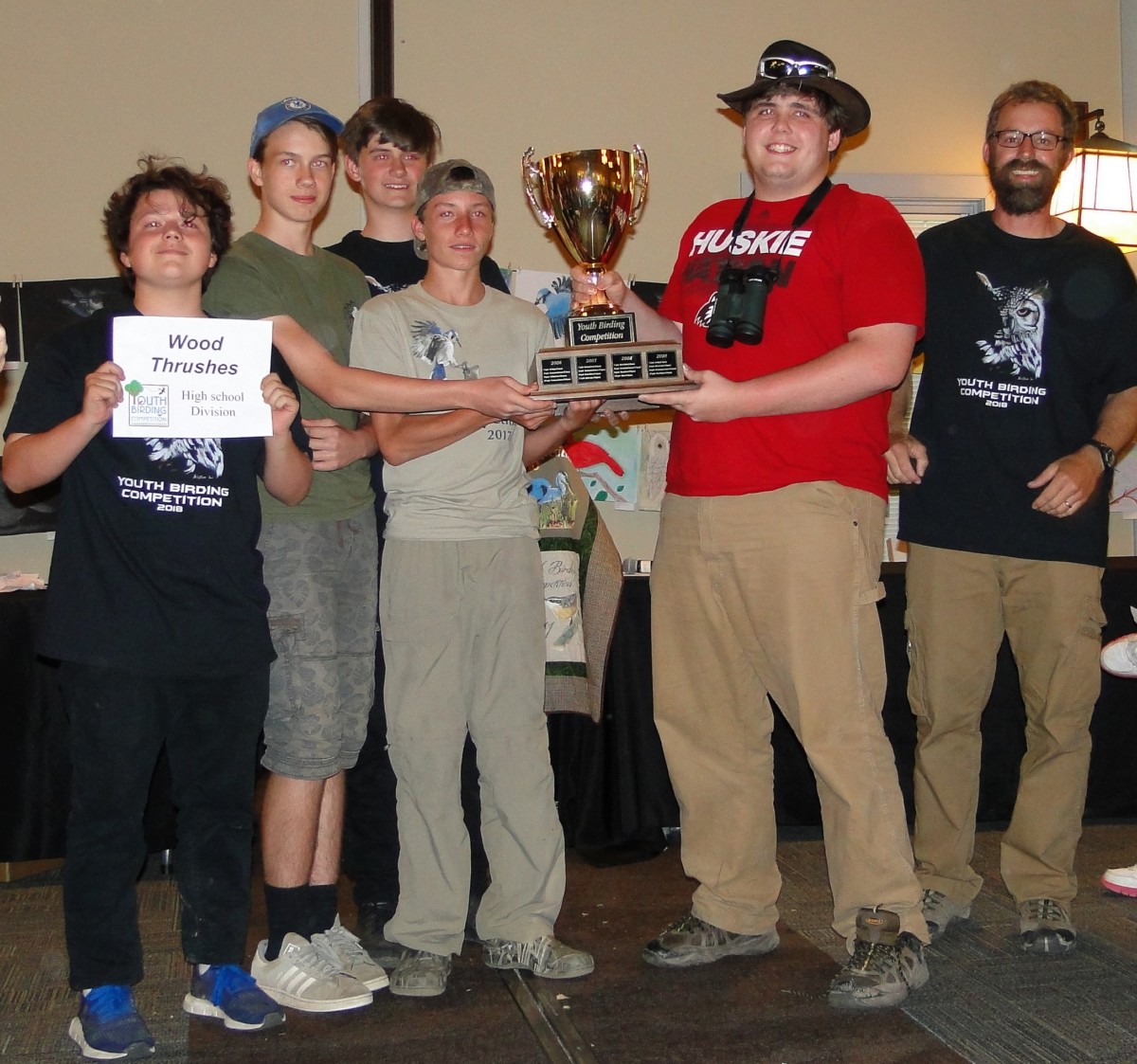 Three high school students from Atlanta and Decatur were on the team that won the 13th annual Department of Natural Resources bird-a-thon. They identified 161 bird species, the most spotted by any team. 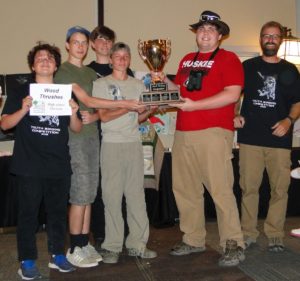 On a team named the Wood Thrushes, the group of five scoured the landscape from the coast into Middle Georgia, ending their hunt at the Charles Elliott Wildlife Center, near Mansfield. They were among about 80 youngsters, aged 4 years to 18 years, who participated in the event.

The team members are Philip Black, of Atlanta; Nick Christian and Ewan Pritchard, of Decatur; Allan Muise, of Lamar County; and Knox Evert. of LaGrange.

Black attributed the team’s success to a hot start on the first day of birding.

The team had, “a really good first day, about 98 species,” Black said in a statement from the DNR.

The team started its search on the coast, visiting sites including Gould’s Inlet, on St. Simons Island, and Paulks Pasture Wildlife Management Area, located inland from Brunswick. They worked well into the evening, searching for owls and nightjars.

They spent the night of April 28 at the home of a Brunswick couple who offered to host the team. Before sunrise they were back on the hunt, checking known hotspots including the Altamaha Wildlife Management Area, in Darien. Then they turned northwest, looking for species in the Piedmont National Wildlife Refuge, in Hillsboro before heading to make the 5 p.m. check-in deadline, on April 29, at the Charlie Elliott center.

One purpose of the youth birding event is to encourage youngsters to learn about birds, enjoy and appreciate them, and gain a sense of the value of conservation and the great outdoors. It also teaches the importance of helping others.

“I like that we had participants mentoring new, younger teams,” competition coordinator Tim Keyes said in the statement.

Pritchard, 15, of Decatur, said it takes a lot of hard work and practice to identify species. He learned on family outings from his older brother, Angus, who also has competed in the state bird-a-thon.

“Angus was always into it,” Pritchard said. “Everything he learned, I learned.”

The Wood Thrushes also benefited from having a mentor, Evert, a high school senior from LaGrange. Evert received the 2018 mentor award. In addition to competing with the Wood Thrushes, Evert mentored the AAJ Eagles and the Cardinals as they prepared for the competition.

The fund-raising effort brought in more than $2,000 for conservation purposes. It’s a voluntary part of the event that pushed the 13-year total past $22,000.