Time for Atlanta’s arborists, developers and citizens to advocate for trees

Nearly every tree surrounding the Darlington Apartments – 127 in all – on Peachtree Road will be cut down to make way for a new medical office building and garage.

So continues the sad story of Atlanta losing its tree canopy, not only along its signature street, but throughout the city. The eminent clearcutting of trees at the Darlington follows the unfortunate desecration of a grove of old growth trees in front of Piedmont Hospital in 2017 to make way for the hospital’s expansion. 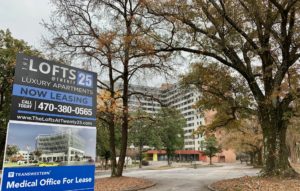 Despite years of lip service of how Atlanta needs to preserve and protect its tree canopy for aesthetic and environmental reasons, trees continue to be cut down at an alarming rate with few levers to stop buzz saws from destroying our natural environment.

The city of Atlanta has been working on a new tree ordinance that presumably would have greater protections for Atlanta’s trees – particularly on private property. It has been in the works for years, and city leaders keep promising that a final draft of the proposed tree ordinance will be presented in a matter of weeks. An initial draft was so controversial that an independent citizens group had to write its own alternative tree ordinance, and many suggestions in the citizens’ proposal have been incorporated into the latest version.

But problems remain, according to Chet Tisdale, a member of the Atlanta Tree Conservation Commission who championed the citizens’ response.

Priority trees is how the proposed ordinance would categorize “high value” trees – those mature, canopy trees that significantly contribute to Atlanta’s reputation of being a city in a forest. 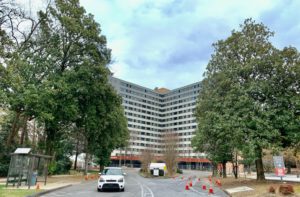 The proposed ordinance also would limit people who could appeal to just adjacent neighbors rather than to anyone who lives in the community – specifically the Neighborhood Planning Unit.

“They are taking away the right for appeal,” Tisdale said. “No citizen can appeal to the tree commission except for the property owner next door. We would fight that to the death.”

But Tisdale added the new tree ordinance would “put trees first” during the building application process. Theoretically, arborists and developers would be able to look at ways to protect priority trees during a pre-application process before building plans have been finalized.

“There is real progress,” said Tisdale, who continues to have hope the remaining issues will be resolved in the coming weeks.

“This has been delayed partially because of COVID and partially because of ongoing conversations between the planning department and the citizens group,” Westmoreland said. “We continue to get closer and closer. I’m confident we will end with a new tree ordinance that will strengthen the rules and processes we have in place to save more trees in the city of Atlanta.” 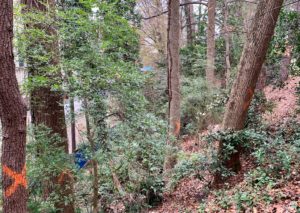 Westmoreland expects the Atlanta City Council to receive the final draft tree ordinance in January, when the public will have an opportunity to weigh in during the NPU process and Council meetings.

“I want an ordinance that strikes a balance between protecting our tree canopy and increasing density in the city,” Westmoreland said. “By the end of April, I would like for us to have a new tree ordinance.”

But the problem is deeper than the city of Atlanta adopting a new tree ordinance.

In short, we need revise our mindset.

Developers, arborists and citizens must make the protection of trees a higher priority when reviewing plans.

It begins with the city’s arborists becoming more pro-active when reviewing building plans and requests to cut down trees. 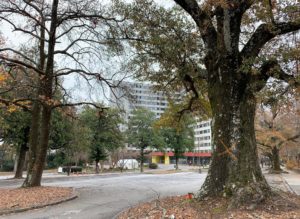 Westmoreland agreed the city’s Planning Department would need more resources to be able to implement a new tree ordinance that would actually make a difference. He also would like to set aside “some funding” for lower-income homeowners to be able to apply for grants to cut down dead, dying or hazardous trees on their property along with money to plant new trees.

Atlanta’s new tree ordinance could become a standard for the entire metro region, which also is experiencing a significant decline in its tree canopy.

But first Atlanta must get it right. Currently, the city’s arborists have been far too timid in letting developers cut down trees.

Take the Darlington project for example. One of the city’s arborists, Michael Browning, approved the site plan that called for cutting down virtually every tree in front and along the northern edge of the property.

“The arborist should have said: ‘You have some priority trees on this site so design around the priority trees wherever possible. Where you can’t, we want no net loss,’” Tisdale said.

Right now, Jay Gipson, the developer, plans to replant only a fraction of what it would take to truly replace the tree canopy that is being cut down. Instead, he will be paying about $47,000 into the city’s Tree Recompense Fund.

Gipson, an Atlanta native who cares about his firm’s reputation, defended having to cut down all the trees on the site. 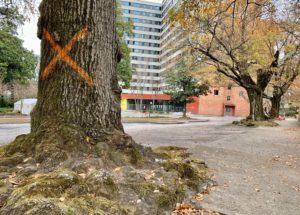 “The cost of the site and the design of the site did not allow me to keep any of those big trees,” Gipson said in a telephone interview on Monday. “If I could have, I would have. Had there been a solution, I would have done it.”

Gipson added that just because he’s a developer doesn’t mean he hates trees. “I recognize the significance of Atlanta’s trees,” he said. “They are part of Atlanta’s draw.”

On a happier note, Gipson said he would be preserving and upgrading the iconic population sign in front of the Darlington property.

“As far as I’m concerned, the sign is an historical monument. That sign should never leave,” Gipson said adding that when he was born at Piedmont Hospital in March 1965, the sign said Atlanta’s population was 750,000. “That sign is in my baby book from the day I left Piedmont Hospital.”

Today, the sign states that the Atlanta region’s population is more than 7 million.

As our region continues to grow, it’s more important than ever for us to protect the tree canopy we still have. But first we must change our mindset to advocate more passionately to save our trees. 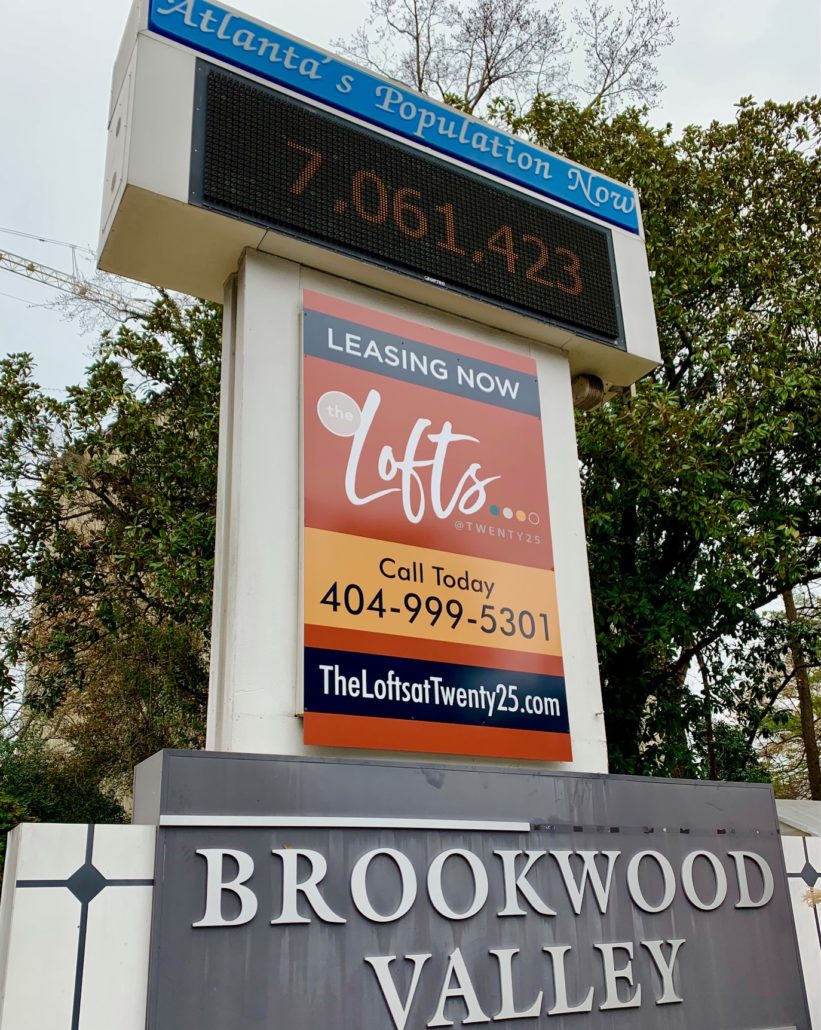