Toll lanes on Northwest Corridor: Commuter says, ‘I hope everyone wants to pay to get up there’ 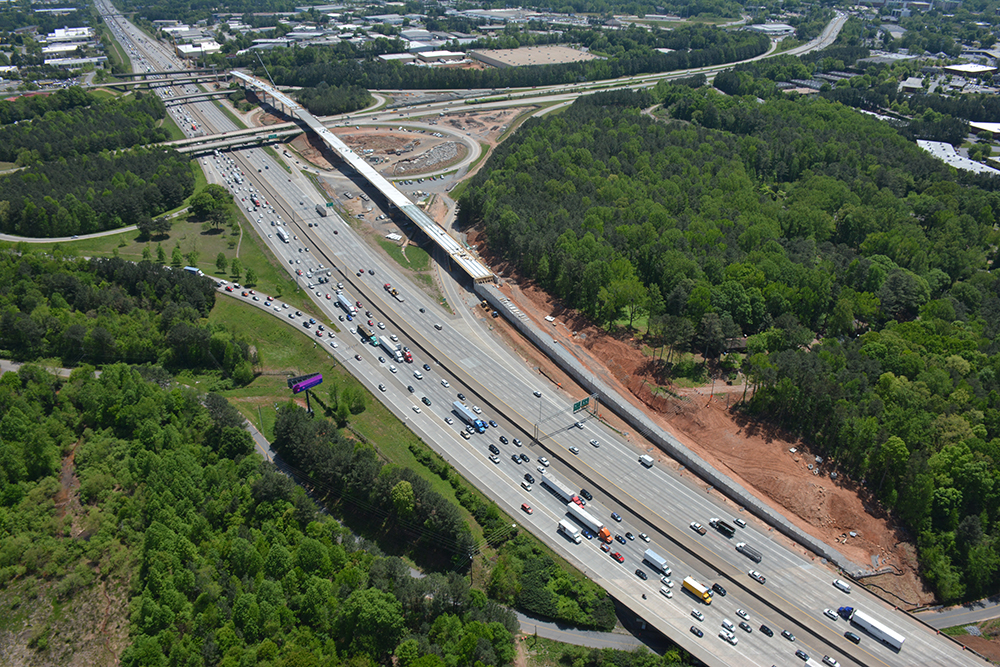 Debbie Roberts has one wish for the new express lanes being built in Cobb and Cherokee counties: “I hope everybody wants to pay to get up there, and I’ll have the highway to myself.” 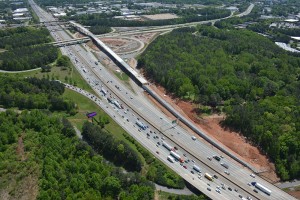 For the past 20 years, Roberts has been witness to the increasing number of vehicles on her commute from home in Cartersville to work in Marietta. Her travel time can reach 90 minutes for the 33-mile trip. There’s no viable alternate route, she said.

Express toll lanes are Georgia’s option to ease traffic congestion in the busy Northwest Corridor. The project, underway along almost 30 miles of I-75 and I-575, is just the beginning of the expanded use of managed lanes that’s planned for metro Atlanta.

More than 150 miles of managed lanes are planned for metro Atlanta, according to the long-range transportation plan approved by the Atlanta Regional Commission. The Georgia Department of Transportation also is building express lanes along I-75 in Henry County.

The Northwest Corridor project is soon to face a test far beyond its original scope. It’s to open in 2018, a year after the Atlanta Braves are to play their first game in Cobb County. 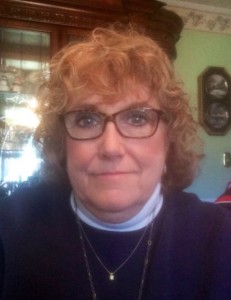 The Braves have announced that SunTrust Park also is to anchor a fairly large mixed use development that’s to include a 250-room hotel; 600 “upscale” residences; 400,000 square feet of restaurant and retail space; and at least 100,000 square feet of office space to be filled by Comcast.

Prices have yet to be established to travel in the managed lanes of the Northwest Corridor, said John Hancock, project manager for the Georgia Department of Transportation. Prices will be determined by the State Road and Tollway Authority, which is chaired by Gov. Nathan Deal.

“SRTA has set a bookend for the toll that will depend on congestion,” Hancock said. “It will be a minimum of 50 cents a trip to 90 cents a mile.” 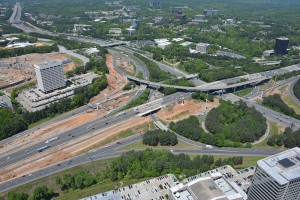 Several bridges are being added to the interchange at I-75 and I-285 to create a system of toll lanes along Atlanta’s Northwest Corridor. Credit: GDOT

Construction has been underway for six months and remains on schedule. So far, no unexpected obstacles have arisen to throw the project behind schedule.

“We’re about 23, 24 percent complete,” Hancock said. “As far as time and money, we are on schedule. We’re moving right along and everything is coming together.”

The component that Hancock describes as the biggest achievement is close to Roberts’ office, where she works as a licensed dispensing optician. 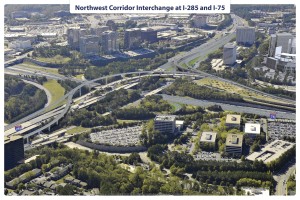 This rendering shows the bridges that are to be built above the interchange at I-285 and I-75 as part of the Northwest Corridor express lane project. Credit: GDOT

The state is building a bridge that’s almost 6,000 feet long. It’s to lift the toll way above a diamond interchange at the Canton Road Connector and two sets of railroad tracks – the Georgia Northeastern Railroad’s main tracks, and a spur that services the nearby industrial parks.

“We have jumped on that and it’s amazing to see the progress,” Hancock said. “Eight spans of bridge have been poured. That bridge in itself is amazing. You can kind of see everything on this bridge, and it’s been amazing.”

Hancock said he’s been surprised by just one aspect of the project.

“I’ve been on this project for a little over eight years,” Hancock said. “I’m surprised to see construction happening.”