‘Tommy’s Honour’ perfect for scratch players, for duffers – not so much 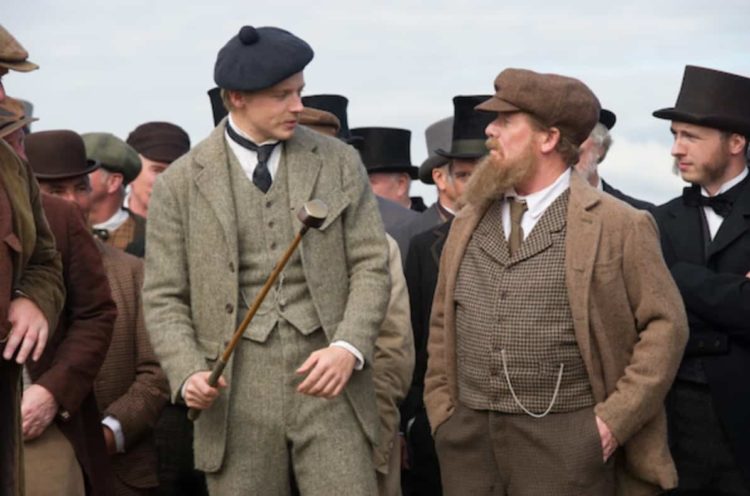 In “Tommy’s Honour,” the greatest hazard facing Tommy Morris – the 19th-century golf prodigy who won the equivalent of the British Open four times before he turned 21 – wasn’t sand traps or rough weather. It was the wretchedly rigid class system which decreed, no matter how well he did on the course, off the course he wasn’t a gentleman and thereby ineligible for acceptance into the inner circle at Scotland’s august St. Andrews. The highest he could aspire to was being a caddy.

Or, as the snobbiest of the bunch (Sam Neill, having fun) sneers, “Your station in life was set before you were born. You’re a hero to this town, but a gentleman you’ll never be.” 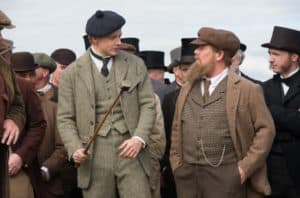 This is fine with our hero’s dad, Old Tom (the great Peter Mullan, buried under a bushy beard), who is the club’s groundskeeper.  He learned long ago to tip his hat to his “betters.” He can live with class snobbery, but his son – Young Tom (Jack Lowden), of course – thinks it’s high time things changed.

Meanwhile, Young Tom keeps beating the top-hatted toffs at their own game. He spurns tradition in other ways as well. For instance, he marries a local lass (Ophelia Lovibond) who’s not only several years older than he is, but has, as they say, a checkered past.

The director is Jason Connery, who would be known as Young Sean, if his name wasn’t, well, Jason. Yes, he’s the son of the first (and best) 007 and he certainly knows his way around a golf course. He’s reasonably comfortable behind the camera, too. But overall, “Tommy’s Honour” is a solidly made, handsomely photographed yawn. 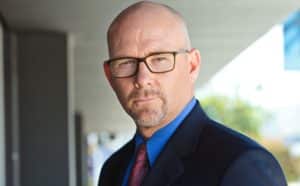 You keep waiting for something to come to a head: Fisticuffs with Neill or a change of heart by the club members or Tommy throwing his clubs into the ocean and taking up ping pong. But no. Tommy keeps winning and the snobs keep clapping his every swing and putt.  And then they retire to their exclusive club. And he goes home.

Of course, if you are a die-hard golf lover, none of the above matters. You’ll get a kick out of seeing golf evolve from its rough (often literally) beginnings to a sport of increasing sophistication and invention (I think Tommy creates the idea of putting grooves on your 7 iron or whatever).  And the film fairly shimmers with love and respect for the game.

But if you don’t really know – or care – about the difference between a mulligan and a mashie, there are far more engaging golf movies around. Try the loose, funny, yet entirely respectful “The Tin Cup,” starring Kevin Costner, or the truly thrilling – I am not kidding – “The Greatest Game Ever Played.”