‘I, Tonya’ – a white-trash winter wonderland of a movie 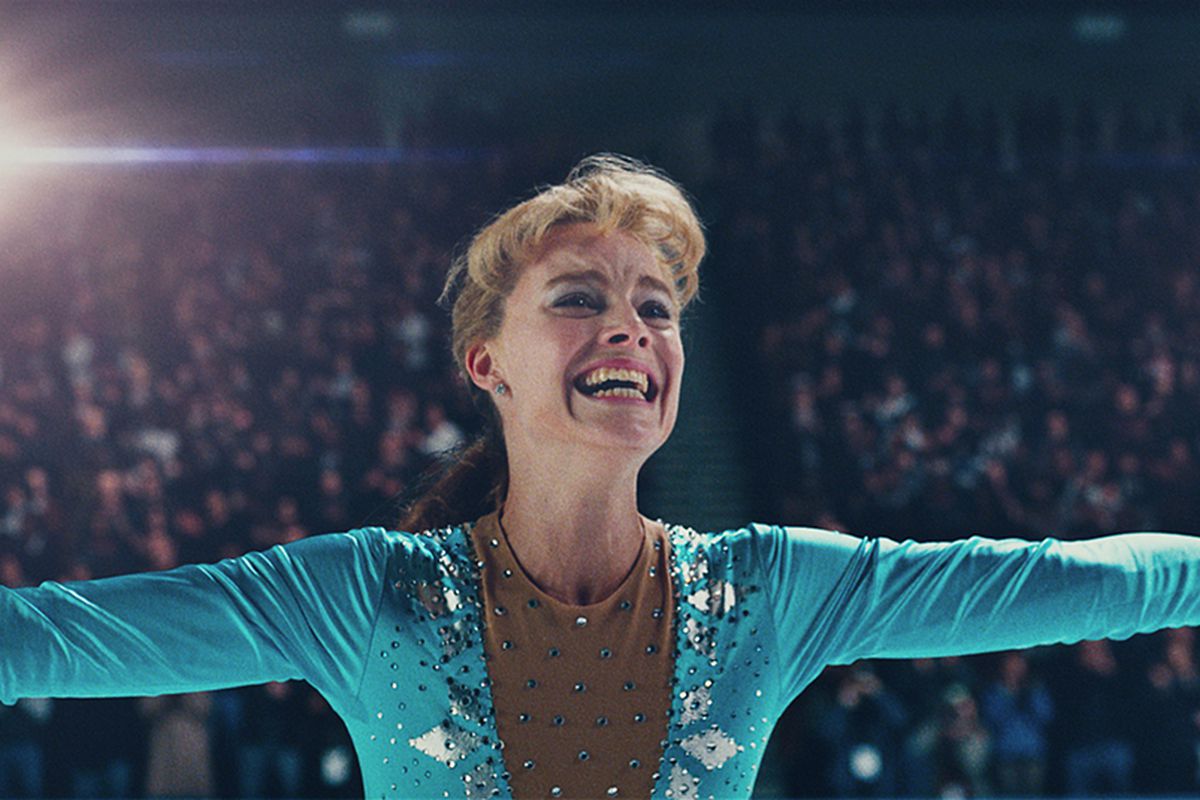 “I was loved. I was hated. Then I was a punchline.”

And then she was a movie, in which she is, well, a punchline.

“She” is Tonya Harding, a hard-luck Olympic ice skater who, for about 16 seconds in 1994, became world famous as the white-trash underdog who tried to take out America’s ice-princess sweetheart, Nancy Kerrigan. 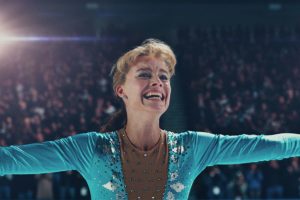 “I, Tonya,” is Tonya’s story, told with a wink-and-a-grin jauntiness that can verge on smugness, but pretty much handles itself just fine. This is a film that knows how to skate on thin ice. Yes, we laugh at Tonya — played with Oscar-worthy verve and wit by Margot Robbie — but we’re on her side, too. How can we not be given the forces (read, mom, husband, husband’s dim-bulb buddies, snotty Olympic busy-bees) aligned against her?

We meet Tonya when she’s just a little girl, who, no matter what she does, cannot please her grotesque mom, LaVona (Allison Janney). Like Mamma Rose on steroids, LaVona usually has a cigarette dangling from her mouth, a bird (!) on her shoulder and something withering to say to her daughter. When little Tonya says she need a bathroom break, Mom snaps, “Skate wet.”

Skate she does, wet or dry, so that by the time she’s in her teens, Tonya is the first woman in the U.S. to perform a triple axel. She’s obviously Olympic material…. sort of.  See, there’s more to ice skating than how good you are; there’s also a certain…something? 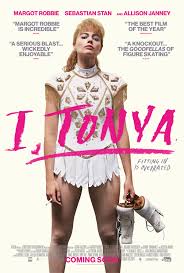 Call it class snobbery, but tough little Tonya isn’t how ice-skating champs are supposed to be. She’s cute enough, and she’s certainly good enough, but there’s something scrappy and déclassé about her. Blue nail polish and heavy-metal music aren’t what ice castles are built of, insist the Olympic powers-that-be.

Because being badly treated translates to Tonya as love (thanks, mom), she marries a brain-dead no-good man named Jeff Gillooly (Sebastian Stan). He thinks he knows how to handle those ice queens keeping his girl down. Just take down their darling Kerrigan.

Directed by Craig Gillespie (“Lars and the Real Girl”), “I, Tonya” has a great feel for the tattered fringes of the American Dream.  It embraces the same sort of cheese-ball innocence Jonathan Demme celebrated in his cult classic, “Melvin and Howard’ (About a goofball who claimed to have found Howard Hughes’ will in which the eccentric billionaire left everything to…surprise!…Melvin)

The picture isn’t always kind to Tonya, but it’s ultimately on her side (You sense that, given the same material, the Coen brothers would’ve been a lot nastier).  Rather, “I, Tonya” invites us to understand the white-trash winter wonderland that was this young woman’s reality — a place, you could say, where she couldn’t win for losing.

On so many levels.

Previous Article
Developers say planned BeltLine project at 10th, Monroe is a chance to ‘get it right’
Next Article
GSU students turn to esports as millennials drift from pro football, Super Bowl