By David Pendered and Maria Saporta

A second ranking member is departing from the campaign team for the transportation sales tax that will be on the ballot next year.

Liz Flowers has resigned as communications manager, according to Renay Blumenthal, senior vice president of public policy for the Metro Atlanta Chamber of Commerce and CEO of the non-profit corporation that is leading the sales tax campaign.

Flowers follows the exit of Glenn Totten, whose job as lead consultant placed him in the position of designing the campaign to inform the public about the sales tax and sway voters to support it. Flowers was hired after Totten had resigned.

Totten is a successful campaign consultant on transportation tax referendums. He was hired in May from a pool of 21 firms that competed for the work. Three months later, he resigned during a conference call with others on the campaign team. 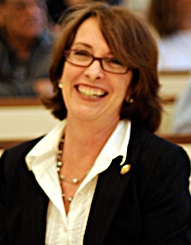 Blumenthal said she did not know exactly why Flowers resigned. Flowers recently has worked for the state House and Senate Democratic caucuses and served in 2009 as campaign spokeswoman for Lisa Borders, then a candidate for Atlanta mayor.

Blumenthal observed that it is hard to run a campaign that does not have a candidate.

That language is similar to what was said publicly when Totten stepped down.

The reason cited for Totten’s departure was the amount of time he would have to work on the transportation sales tax. However, at the same time, the consultant explaining Totten’s departure said it was hard to start selling a sales tax referendum before the adoption of a list of projects it would fund.

Totten was replaced by Kevin Ross, an Atlanta lawyer and political strategist who worked with two efforts in the 1990s within the city of Atlanta. Voters approved a bond referendum to pay for road and sewer construction, and a sales tax hike to pay for school construction.

Ross also was the campaign manager of DeKalb County CEO Burrell Ellis. The sales tax campaign faces an uphill battle in DeKalb against opponents – including the DeKalb chapter of the NAACP – that wanted a MARTA rail line extended east along I-20. The extension is not on the project list.

No replacement has been announced for Flowers. Flowers worked for the sales tax campaign, which is being coordinated by MAVEN, the Metro Atlanta Voter Education Network, Inc.

MAVEN is a non-profit corporation created last year by the law practice of Troutman Sanders, LLP. Blumenthal is listed as the CEO, CFO, and secretary of the corporation.

Correction: This story has been corrected to note that Flowers worked for the House and Senate Democratic caucuses.