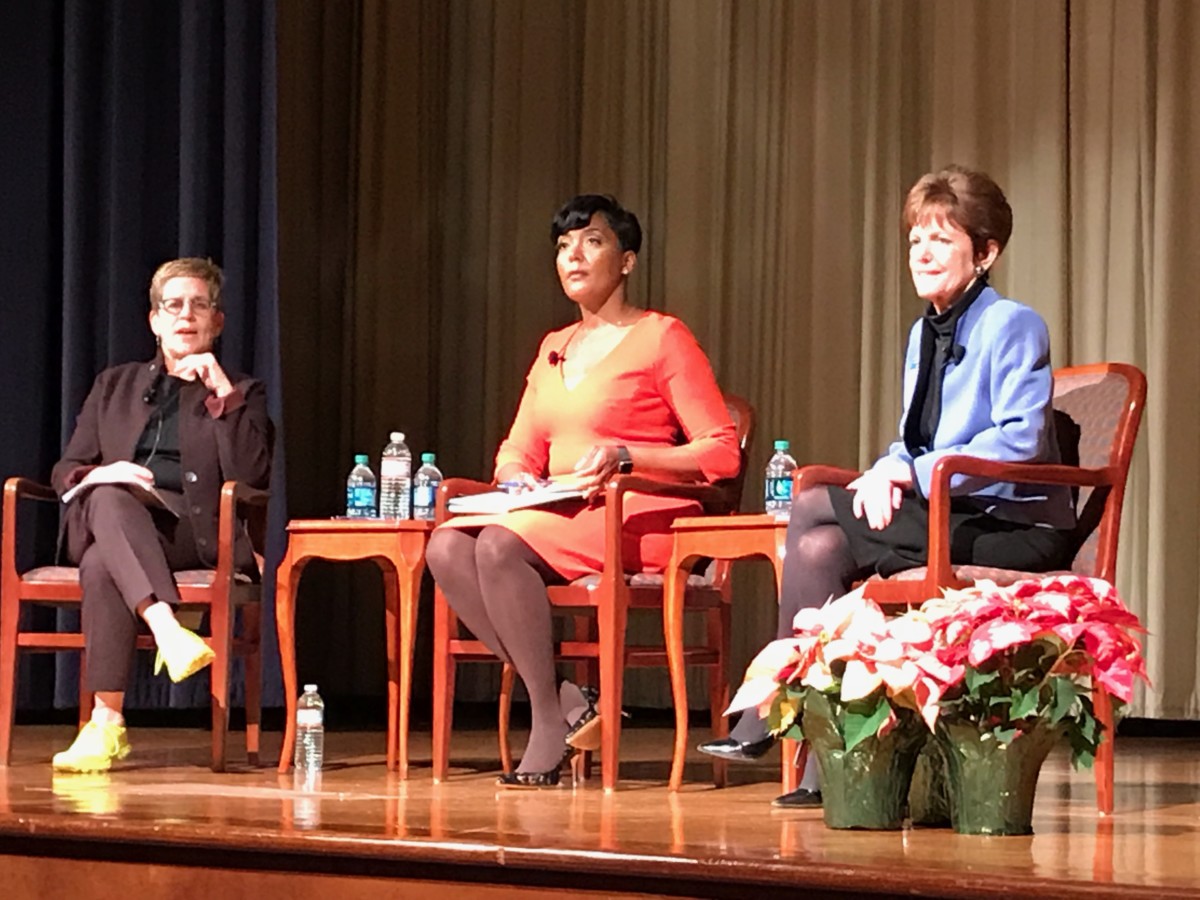 Cathy Woolard, in her trademark yellow tennis shoes on Tuesday night, quizzed the two women who made it into the third round of the mayoral race: Keisha Lance Bottoms and Mary Norwood. Credit: Maria Saporta 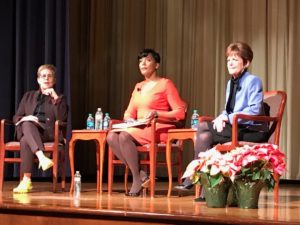 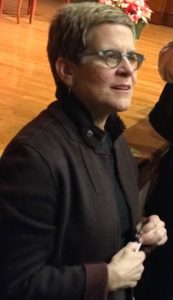 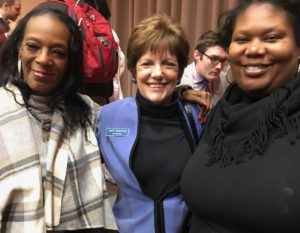 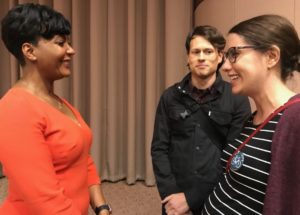