More than 40 homes and businesses across metro Atlanta will open their doors Saturday to display their solar energy devices.

The self-guided tour will provide a rare, up-close glimpse of the technology that is expected to contribute to the nation’s response to providing energy through renewable resources.

The Georgia Solar Energy Association sponsored a preview tour Friday, giving about 25 persons a sneak peak at the technology that ranges from rooftop devices at a downtown warehouse and office building to the solar powered vehicle chargers at Atlantic Station.

Across the nation, more than $5 billion has been invested in solar technology, GSEA program director Joy Kramer said. Georgia represents less than 1 percent of that amount, Kramer said.

Atlanta Councilman Aaron Watson presented a proclamation to GSEA before joining the tour. The proclamation, which is to be formally presented at Monday’s city coucil meeting, commends GSEA for its commitment to ensuring Georgia’s energy future.

To learn more about the open house click on this link. 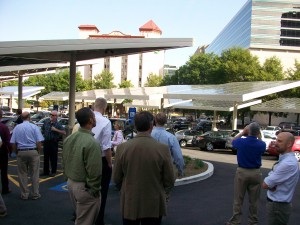 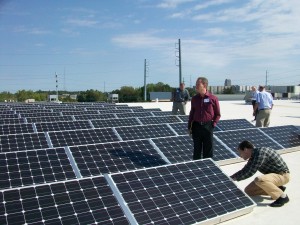 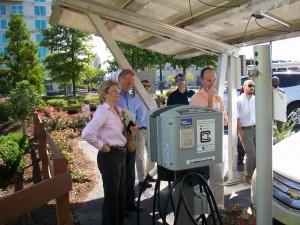