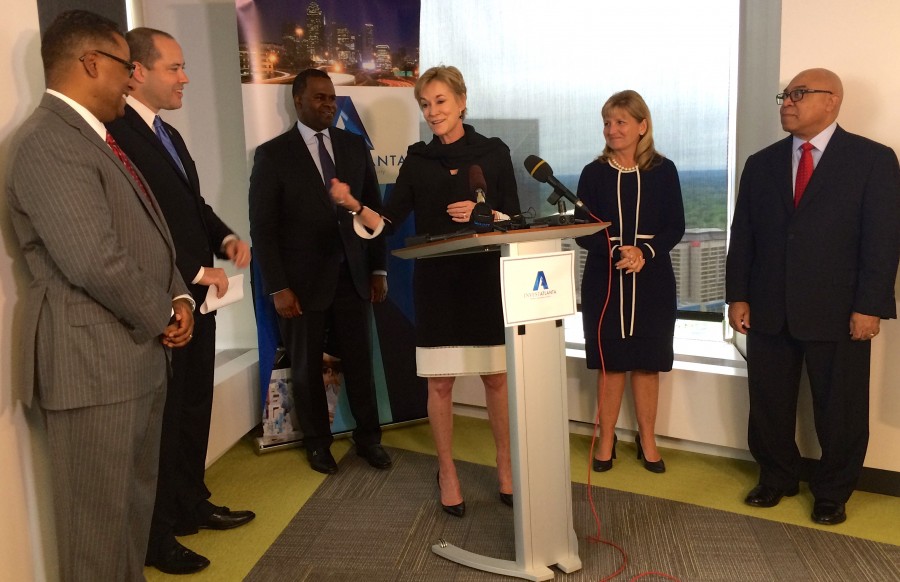 When Kaiser Permanente was looking for a location to locate a new innovation and information technology hub for 900 new employees, it knew it wanted to be public transit and in a walkable community.

So after considering Colorado and several sites in the metro area, Kaiser Permanente decided to move just north of the Woodruff Arts Center in Midtown.

Daniels said that “activity” is one of the keys to a healthy work environment. 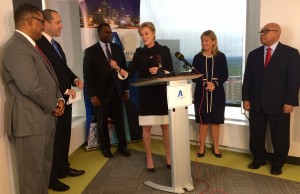 “It was important to have a great location with an ability to walk to restaurants and shops and a location that was close to public transportation,” Daniels said at Thursday’s press announcement at Invest Atlanta’s offices.

Julie Miller-Phipps, president of Kaiser Permanente Georgia, said she was pleased the company was contributing to the health of Atlanta’s economy.

Instead of technology workers having to leave Georgia to get jobs, Kaiser Permanente will be providing 900 new jobs in the central city.

“We get to retain all that talent here,” she said. “We are so happy to be supporting the economy with great jobs, which lead to great health. We have such a commitment to improving the health of the communities that we serve.”

The health provider has been a major investor in the Atlanta BeltLine and contributed to numerous environmental organizations. Its decision to locate within walking distance of the Arts Center MARTA Station continues its commitment to health for its employees and for the community, she said.

Kaiser Permanente is just the latest of a series of major economic development announcements that have mentioned the importance of being close to MARTA – specifically the rail system – in deciding where to locate their businesses.

Chris Carr, commissioner of the Georgia Department of Economic Development, acknowledged that more and more prospects are asking for sites near transit – largely because that were the people they want to hire want to live and work.

Although the State of Georgia has not yet become a significant investor in public transit, Carr said that at least it is now part of the conversation.

So when the state legislature focuses on transportation in the future, “we want to make sure that transit is part of what they’re looking at,” Carr said.

When asked about his thoughts, Atlanta Mayor Kasim Reed said: “I think you know how important transit is to me personally. We took a bold step in the legislature. We had some pretty amazing votes on transit funding. At the end of the day, they did not carry the day. The best thing that’s happening with transit in our state, it is becoming non-partisan.”

The mayor went on to say that was because there was a growing recognition of the link between transit and jobs.

“These 900 new jobs, they wanted to be near transit,” Reed said. “I think that’s a compelling message, I’m going to be on the side of having as much transit as possible. Transit is one of the reasons the core is having the kind of growth it’s having.”

Then saying people should feel good about what was happening in the city, Reed added: “This is a terrific day for the life of the City of Atlanta.”