A bipartisan group has formed to promote state legislation that urges metro Atlanta’s transit agencies to establish a single website that would make it easier for passengers to plan and pay for trips. 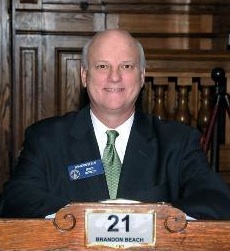 The legislation is relevant as the nation pauses to honor the Martin Luther King, Jr. national holiday. By making it easier to plan and pay for a transit trip, the site may enable people to take a job a distance from their home. Jobs were the subject of a poverty initiative King launched shortly before his death.

King announced the Poor People’s Campaign five months before he was assassinated, speaking at an SCLC staff retreat. The Southern Christian Leadership Conference intends to reignite the campaign, according to SCLC CEO Charles Steele, Jr.

Steele said the SCLC is taking up the poverty issue, again.

“A lot of people in this country are one paycheck from poverty,” Steele said. “People are worse off than they had been before. It is time to reinvigorate and refocus the Poor People’s Campaign.”

But Beach has said it may ease challenges for riders who must use transit, because they don’t own a vehicle or have access to one, as well as those who choose to use transit.

“When you look at transit in the region, we all are doing some very good things, but I think we need to be more collaborated and coordinated,” Beach said at the conclusion of a video of his transit trip.

“I’ve always said we can fly to New York City faster than you can go from Kennesaw State University to Gwinnett,” Beach said. “A flight to New York City is about an hour and 35 minutes. We’re here, though.”

The Atlantic Cities blog ran a story about the pending legislation under the headline: “Atlanta Makes a (Modest) Push for Transit Regionalism”: