The recent white paper by the Fair Share Initiative on the need to fund transit projects with the proposed penny sales tax contains a footnote that’s startling enough on its own merit.

But it’s just the tip of the iceberg.

The footnote raises the issue of the pending federal reauthorization bill for highway and transit spending.

The current proposal before Congress is to cut federal revenues to Georgia by 35 percent in the next fiscal year, according to one report.

This issue of federal funding for roads and transit could come up in today’s meeting of the Atlanta Regional Roundtable’s executive committee. Members are to discuss the draft list of mobility projects they’ll ask voters to pay for with the proposed penny sales tax that will be on a ballot next year.

The roundtable is in the midst of a contentious discussion over the proportion of road and transit projects to fund in a final draft list that’s due Aug. 15. Fair Share, for its part, has called for 60 percent of tax revenues – $4 billion – to pay for transit and alternative modes of transportation.

In Congress, House Republicans have proposed a $230 billion, six-year federal highway and transit reauthorization bill that represents a steep cut in spending, compared to previous levels. The GOP says the proposal balances spending with revenues put into the Highway Trust Fund.

The response from Senate Democrats notes that the proposal would cause about 500,000 jobs to be eliminated nationwide in the transportation construction industry.

In Georgia, the job losses would total 14,707 in the fiscal year that begins Oct. 1, according to a statement released by Senate Democrats.

Georgia transportation officials say it’s too early to sound any alarms as the state faces the proposed 35 percent reduction in federal highway funds, for the upcoming fiscal year compared to the current year’s authorization. They don’t expect a highway reauthorization bill to be approved this year, which suggests that some sort of continuation funding measure would be approved.

“We’re so early in the process on the reauthorization bill that I don’t think any definite number as to what’s going to be can even be projected at this juncture,” said David Spear, a state transportation spokesman who handles policy matters.”

The Democrats’ statement says Georgia’s revenue from the feds would fall to about $792 million next fiscal year, down from the $1.2 billion authorized in the most current fiscal year that ends Sept. 1.

“Our general expectation is that funding is going to be reduced somewhat,” Spear said. “That just seems to be obvious, given what else is going on, the direction Congress is heading and the direction the majority of people in the country want to pursue.”

Here are the statements on the proposed reauthorization bill from the Republican sponsor and the Democrat respondent: 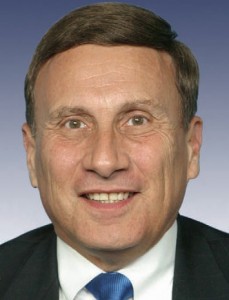 “While some continue to advocate the same old tax-and-spend approach, I prefer a new direction. More short-term extensions or a two-year bill are recipes for bankrupting the Highway Trust Fund. These options will cut the legs from under our states and hamper their ability to move forward with many needed, large-scale projects.

“This long-term plan is the only fiscally responsible proposal and will ensure the continued solvency of the Highway Trust Fund.” 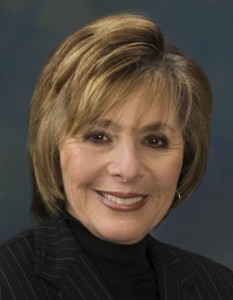 “The current surface transportation bill expires on Sept. 30, and Congress must decide in the coming days which pat to choose: protect jobs and put people to work, or throw hundreds of thousands of people out of work in a sector that has suffered enormously during the recession.

“The Senate is working on an approach that will immediately jumpstart the economy …. In contrast, the House has signaled that it intends to go in a direction that will result in overwhelming job losses in the construction sector….”

To read the full reports go to: