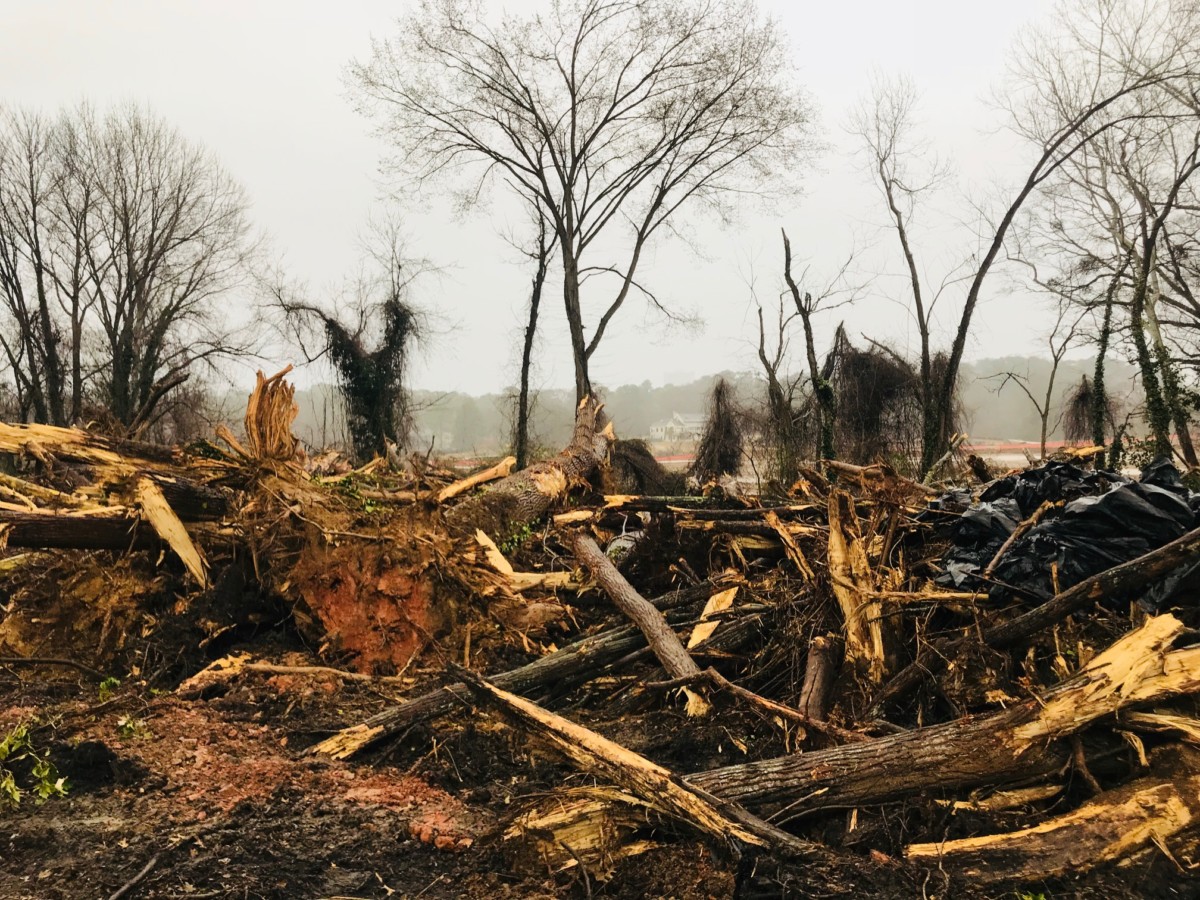 Back during the Civil War, the land that is now known as the Bobby Jones Golf Course was a battlefield that witnessed one of the bloodiest battles of the Atlanta Campaign.

Today, the Bobby Jones Golf Course has become a battlefield once again.

But this time, the casualties were more than 800 trees that were cut down to make way for a redeveloped Bobby Jones Golf Course. 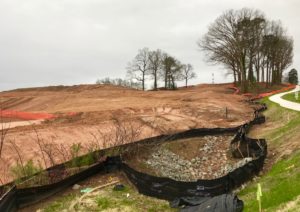 Sadly, the Bobby Jones Golf Foundation – the entity that is leasing the property from the state and is redeveloping the course from one with 18 holes to one with nine holes and a driving range – did not have to comply with Atlanta’s tree ordinance or stream buffer requirements.

The State of Georgia acquired the property in November, 2016 through a land swap with the City of Atlanta, which wanted possession of a state-owned parking garage next to Underground Atlanta.

State law does not require the state to comply with local laws, and even an attorney with the City of Atlanta agreed that the Bobby Jones Golf Course would “enjoy” the same exemption through its lease with the state.

So now we are left with 130 acres that the Foundation has referred to as “a blank canvas” to create the new Bobby Jones Golf Course.

Marty Elgison, president of the Bobby Jones Golf Course Foundation, defended the redesign – saying the end result will be a wonderful golf course that will live up to the legacy of its namesake.

“It did have a lot of trees,” Elgison acknowledged. “We had an arborist come out. There were 1,182 trees, and only 143 were in good condition.” 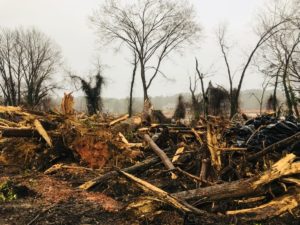 Elgison added that about 40 percent of the trees were not in good condition. While he couldn’t confirm how many trees had been cut down, he admitted that it was “in the hundreds.” But the Foundation never did an exact audit of how many trees were cut down or the amount of tree caliper (the thickness of the tree trunks) that was destroyed.

The City of Atlanta’s tree ordinance requires developers to replant the same amount of healthy tree caliper that was cut down. It would take thousands of new trees to replace the caliper of 800 mature trees (the estimate provided by nearby residents) that were cut down for the new Bobby Jones Golf Course.

“What I want to emphasize is that this project is a lot more than the trees,” Elgison said. “It will be a better piece of property in every single way except for the trees.”

Then Elgison added that the Foundation will plant 100 new trees, a fraction of what the City of Atlanta would have required a private property owner to do.

The Bobby Jones Golf Foundation’s destruction of Atlanta’s tree canopy has upset many.

Rutherford Seydel, an attorney and an environmentalist who lives near the golf course, said community residents were never fully informed about “the degree to which they were going to dismantle the natural capital that had grown up over the last 100 years.

“It was a double-barreled shotgun blow to nature,” Seydel said. “You had all kinds of wildlife there, and the trees were a natural filter for Peachtree Creek. They changed the historical landscape of the entire course.”

Seydel said the project could have been “a win-win” for everybody.

Instead, Seydel is concerned they are “doing the bare minimum to keep soil remediation out of Peachtree Creek.” 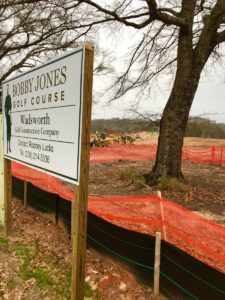 And the groves of trees on the golf course provided oxygen and cooled the area during the hot summer months.

“They destroyed the local oxygen factory,” Seydel said. “The trees provided our neighborhoods with oxygen. And the climate was made cooler because of the trees.”

Elgison said they have complied with soil remediation requirements so as to protect Peachtree Creek. He suggested I contact Jason Ulseth, the Chattahoochee Riverkeeper, to verify that the Foundation was being a good environmental steward.

“We are spending almost $1 million on erosion control,” Elgison said. “I’m committed to doing this the right way. These creeks and streams – Peachtree Creek and Tanyard Creek – are very important. We are going to try to protect them.”

Jason Ulseth responded in an email that the jury is still out.

“In the early stages of clearing and grading for the golf course renovation, we saw some pretty significant impacts from storm water running off of the site and into Tanyard and Peachtree Creeks,” Ulseth wrote. “Most of the causes of those problems have since been rectified, and we are continuing to watch the site following heavy rains to ensure that the proper erosion and sediment controls are effective in protecting the creeks.”

Then Ulseth added: “The stretch of Peachtree Creek along the golf course is heavily eroded and degraded, and we hope that the loss of tree canopy will not add to the degradation. There were some opportunities to enhance and restore the banks of Peachtree Creek during this project that unfortunately were not implemented.”

Elgison said the Foundation actually is improving the environment by removing two-and-a-half acres of impervious surfaces (the tennis courts and a parking lot) that were in the floodplain and replacing it with the new golf course. 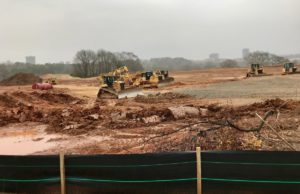 The tree massacre at Bobby Jones does raise lots of questions. Land that is owned by public entities – be it the State of Georgia, the City of Atlanta or the Atlanta Board of Education – should comply with the strictest environmental guidelines that exist. They certainly should not be exempt from environmental laws.

“The state should definitely respect the local laws,” Seydel said. “The Foundation dismantled 100-year old trees. They need to come up with the money to replant the number of trees to fit with the city’s tree ordinance. They need to do what’s best for the community.”

Elgison said the Foundation has raised $18 million, and it still needs another $6 million to complete the project. As it now stands, the budget only includes the planting of 100 new trees.

“Please try to look at it holistically,” Elgison said. “This is not a finished, final product. This will make Atlanta a better city. We are going to use this course to make golf more accessible to more people – especially kids.”

We cannot bring back the trees that were cut down. But going forward, we must be far more forceful to insist that we can redevelop land (build a great golf course) AND protect our tree canopy. It’s not an either-or equation.

At the very minimum, the Bobby Jones Golf Foundation can replant the same amount of tree canopy as it destroyed.

This was the second column in a two-part series. To read the first column about the Atlanta Public Schools’ plans to cut down trees for the renovation of the David T. Howard Elementary School, please click here. 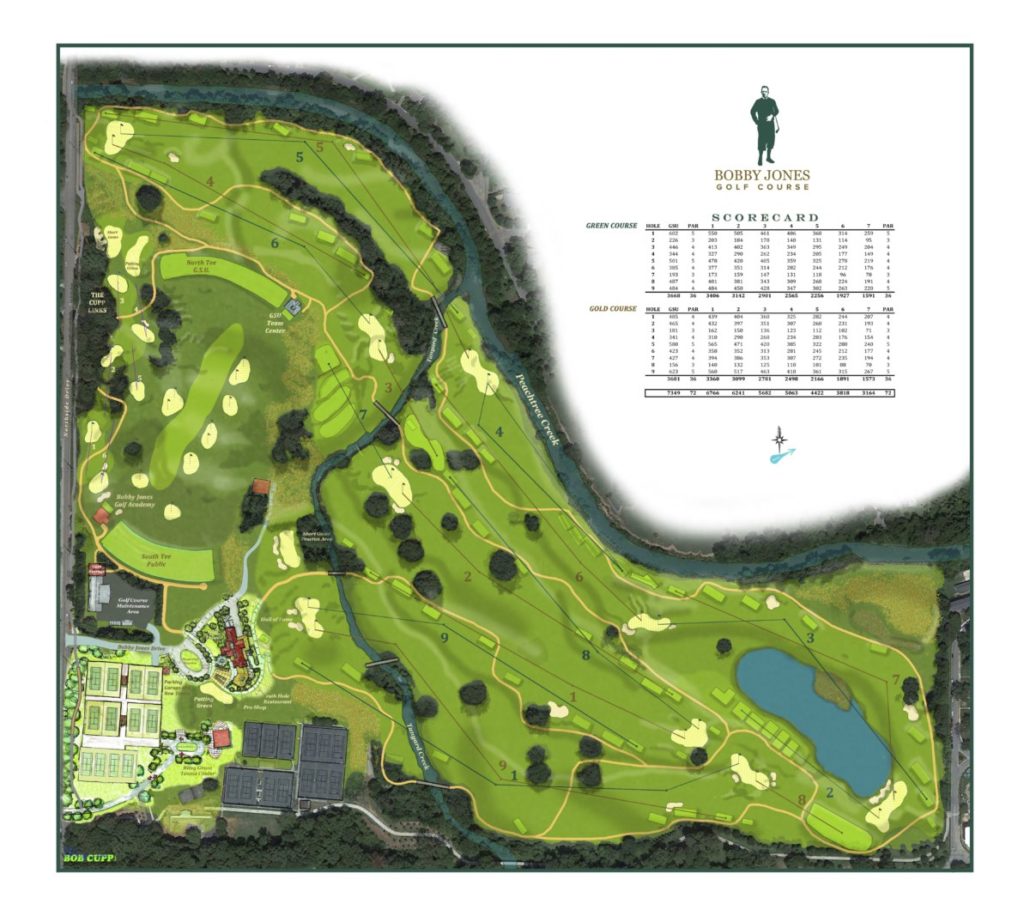 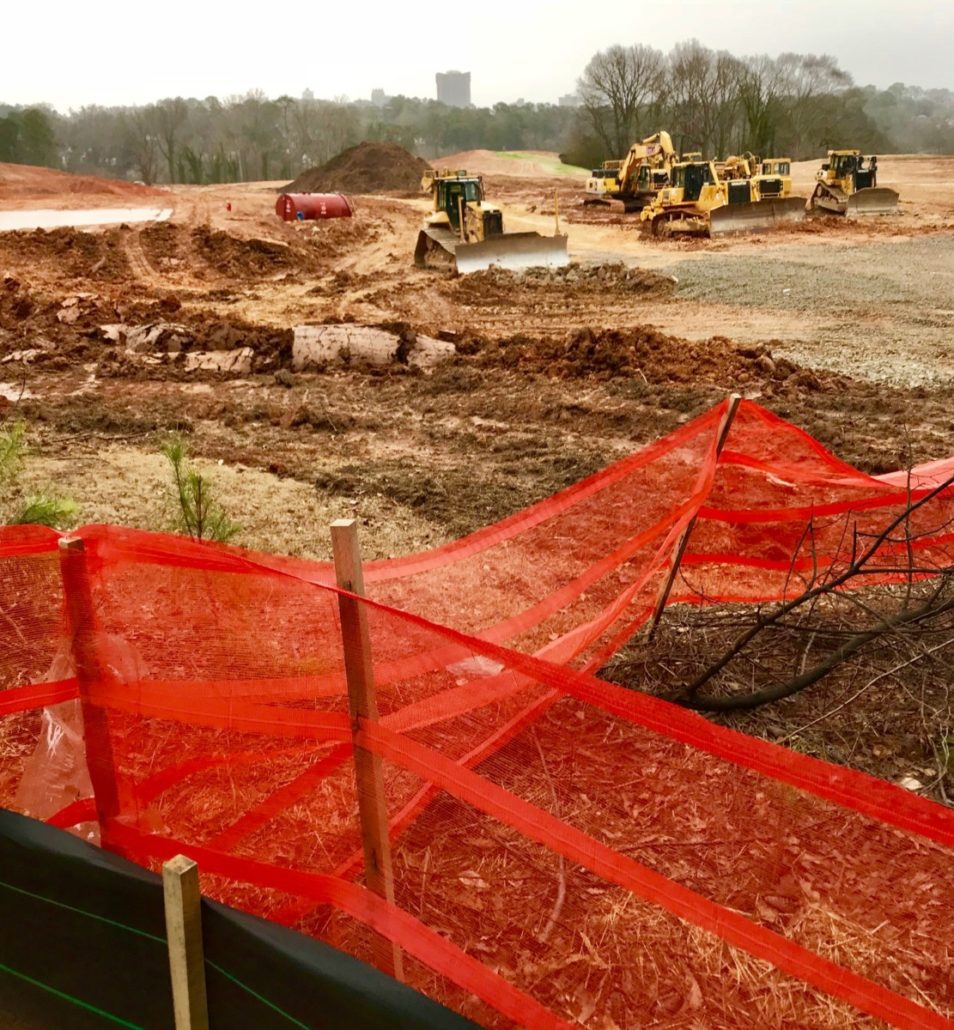 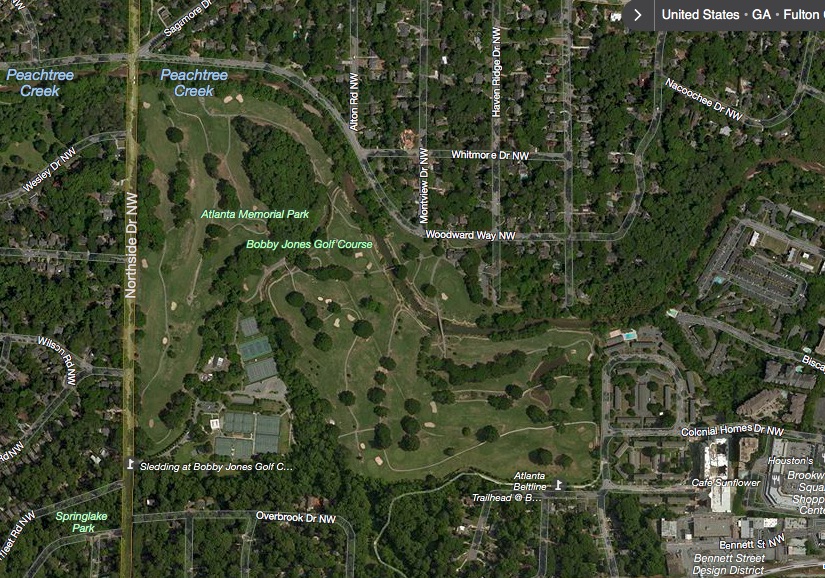 An aerial view of the Bobby Jones Golf Course before 800-plus trees were cut down (Special: Bing Maps) 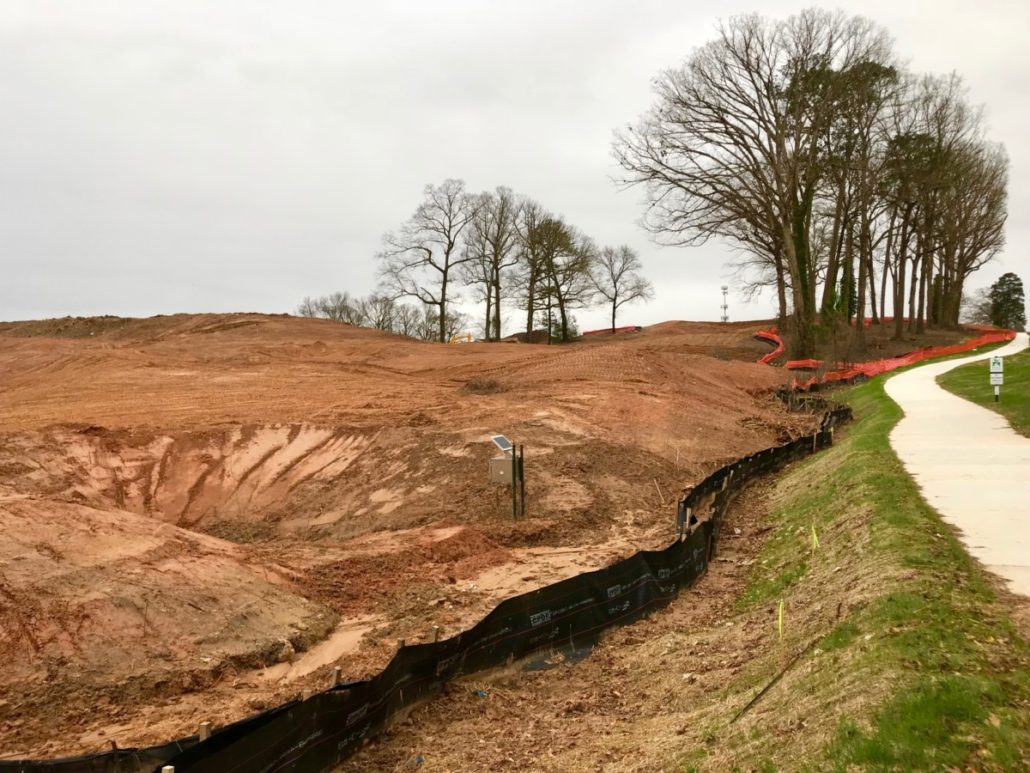 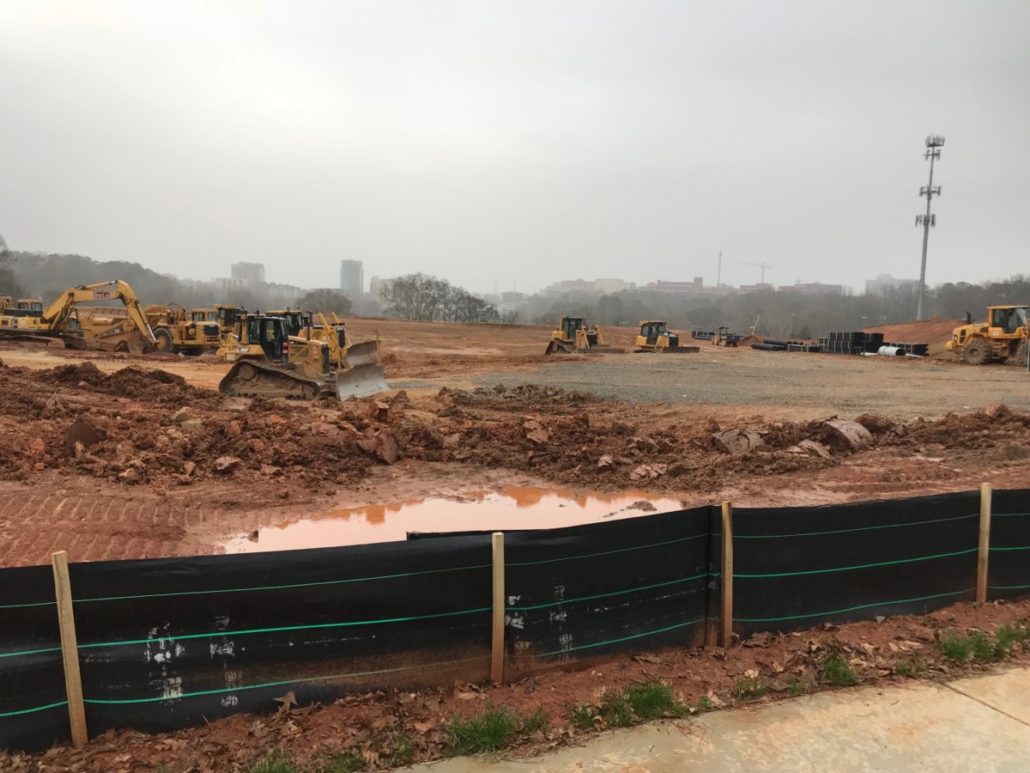 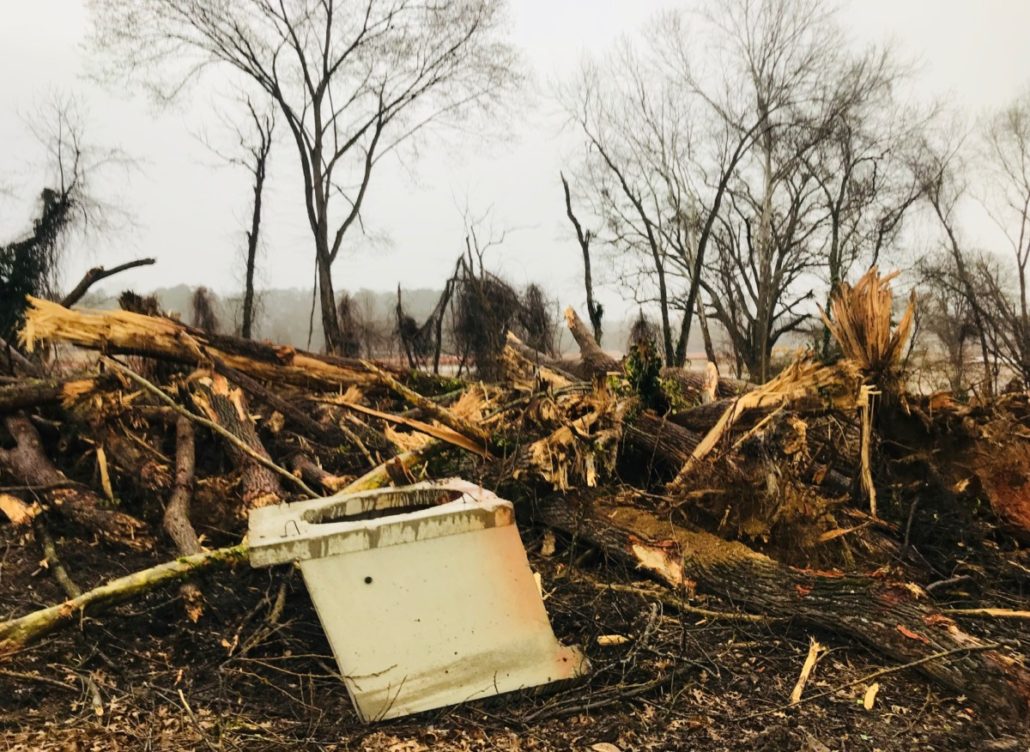 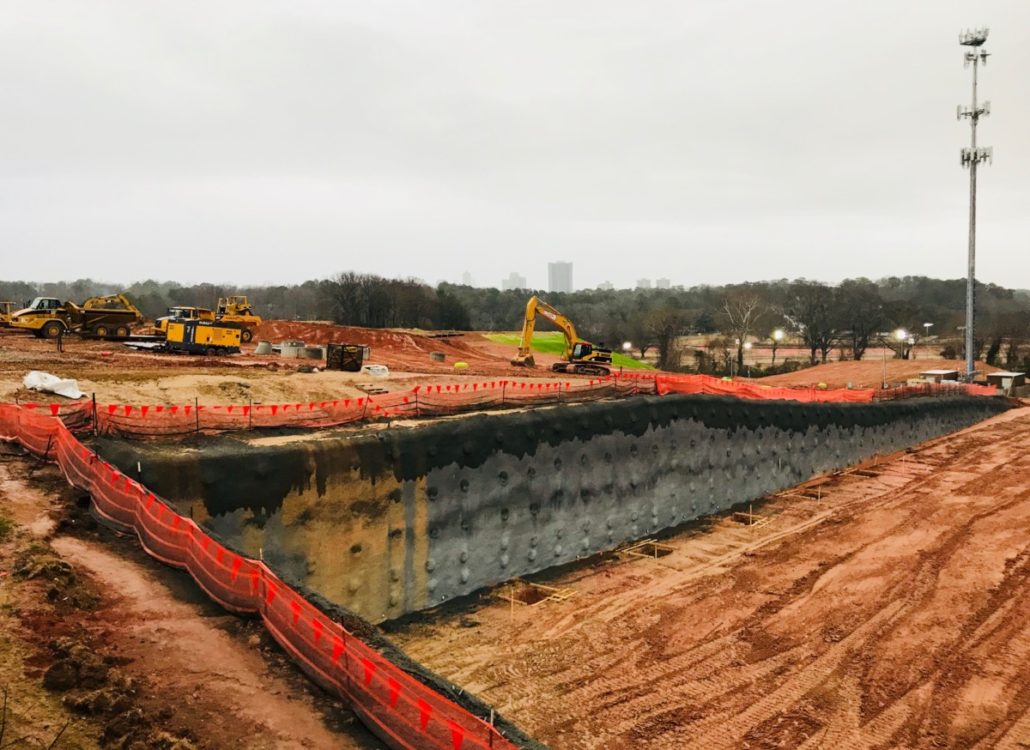 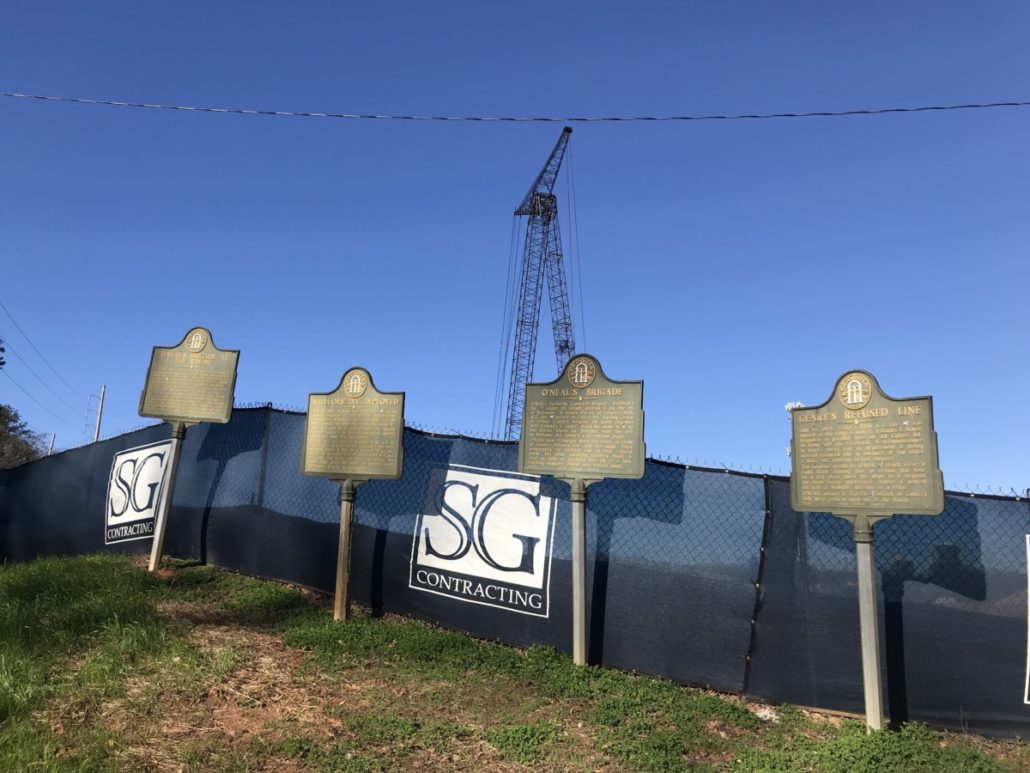 Previous Article
Three Barriers to Financial Security
Next Article
Journalism matters? A reporter questions whether it does.