Georgia has battled the tri-state water wars to an uneasy victory, and the Army Corps of Engineers has just issued a month-long delay in the start of its process to decide terms of the settlement. 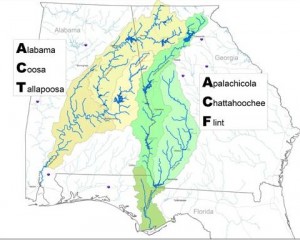 This delay – which the Corps announced Wednesday – comes at the beginning of a process that is expected to take years for the corps to complete: The creation of the first manual in some 50 years to guide the management of the waters of the Chattahoochee River system.

“This process is just starting, and everybody will be weighing in up and down the basin,” Patricia Barmeyer, an environmental lawyer with King & Spalding, told the board of the Metropolitan North Georgia Water District at its meeting Thursday.

The Corps notified the parties Wednesday that it has extended the deadline for comments about potential scope of work in devising a water control manual, Barmeyer said.

Barmeyer represented the Atlanta Regional Commission, Atlanta, and other local water providers in the tri-state water war, according to her bio at the firm. She is a partner with King & Spalding, where she leads the environmental practice.

“We’re working with the state on the scope of what the corps needs to look at,” Barmeyer said. “We’ll talk about a whole range of things: Conservation; environmental impact; economic impact.

“What we want this to lead to is a plan to maximize benefits to all users of the resource, and fairly allocate the pain we all will feel from the drought,” Barmeyer said.

Board Chairman Boyd Austin, who also serves as mayor of Dallas, said the Corps’ water operations manual is critically important because it will update one that dates to the Eisenhower era – a time long before the population boom of north Georgia and Alabama cities including Birmingham and Montgomery.

“The Corps manages four reservoirs along the Chattahoochee as a comprehensive system,” Austin said before the board meeting. “The old manual dates to the ‘50s. It has been tweaked, but it hasn’t been updated in light of current conditions and to meet all the authorized purposes of the project.” 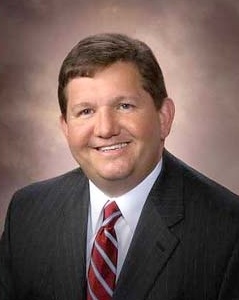 The creation of a new water control plan was included in the court ruling that settled the long-standing war among Georgia, Alabama and Florida over flows through the Chattahoochee River and its waters that feed Apalachicola Bay.

The matter was essentially settled in June, when the U.S. Supreme Court declined to hear an appeal from Alabama of the ruling in Georgia’s favor that was issued by the 11th U.S. Circuit Court of Appeals in Atlanta.

“The decision from the court [was that] the Army has authority to manage Lake Lanier, and was sending it back to the Army to make the decisions they should have been making all these years,” – about water control – Barmeyer said.