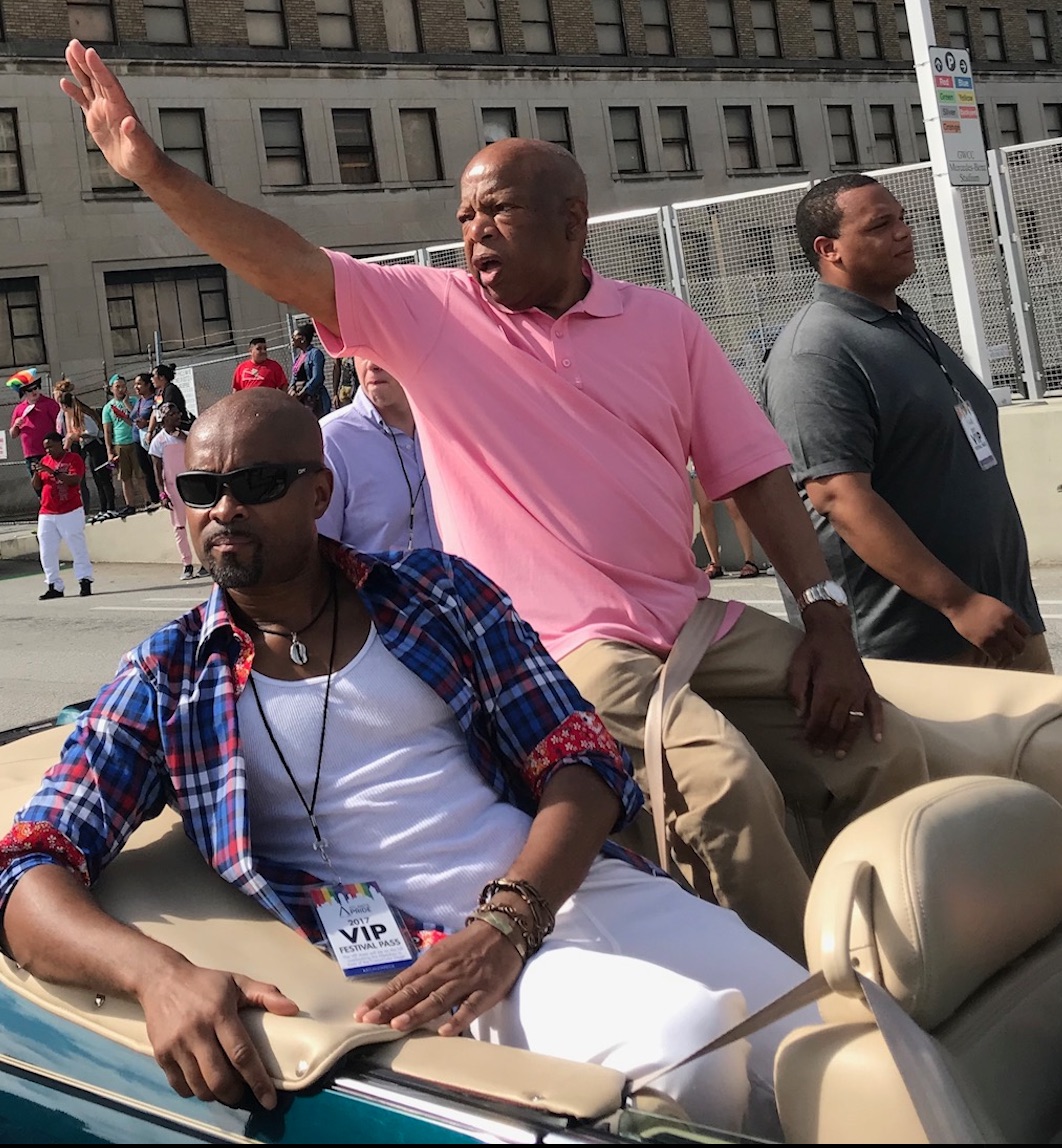 The first of three planned tributes to civil and human rights leader John Lewis got the green light Tuesday from a committee of the Atlanta City Council. In addition to naming East Freedom Parkway for Lewis, other planned memorials include a display at Atlanta’s airport and some sort of artwork in Freedom Park. 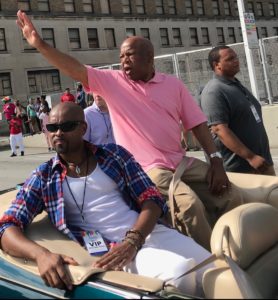 All the recommendations are to be presented to the Atlanta City Council by its Dec. 4 meeting, said Councilmember Andre Dickens, who is handling the pending package of legislation to honor the 77-year-old congressman.

Here are the current proposals that Dickens outlined:

Dickens said the theme of the overall recognition program for Lewis is: “Atlanta’s tribute to freedom and resistance through the eyes of John Lewis.”

Dickens said his mission is to get the tribute process started with the addition of Lewis’ name to Freedom Parkway. A number of city codes are to be waived in order to fast-track the renaming process.

Dickens said the selection of Freedom Parkway stemmed partly from it not having any business or residential addresses that would be affected. Another is the dynamic history of the road, which at one point was planned as a highway that would have demolished neighborhoods to create a freeway.

“As many of you know, John Lewis was instrumental in fighting to keep that road from becoming a highway out to Stone Mountain,” Dickens told the city council’s Utilities Committee on Tuesday. “He and others did what they do best, which is, as he would say, get in the way. Then the state and city made it a great linear passive park.”

Dickens said it’s appropriate to start the tribute process for the 77-year-old congressman. 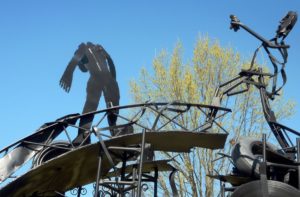 Artist Thornton Dial’s, ‘The Bridge,’ is a tribute to civil and human rights leader John Lewis. Atlanta is seeking grant funding to expand the tribute to Lewis in Freedom Park. Credit: architecturetourist.blogspot.com

“I’m one who wants to give people their roses now,” Dickens said.

The committee approved the measure unanimously, with three caveats – it had to win support this week from two Neighborhood Planning Units, N and P, and the Freedom Park Conservancy. Councilmember Howard Shook recommended the caveats be included.

“Given that meetings are scheduled with N and P, and the Freedom Park Conservancy, and we are waiving a lot of process steps, how about we send it forward [pending] completion of the scheduled input opportunities,” Shook said.

The process for approving the legislation calls for it to appear on the council’s agenda for the Nov. 20 meeting. It can be called for a vote and the council will take into consideration the views expressed at the three community meetings. The council could vote to approve the proposal.

Dickens said new street signs and overhead signs are to be installed in 2018. The Georgia Department of Transportation has agreed to include the change-out of signs in its cycle of work next year, Dickens said.