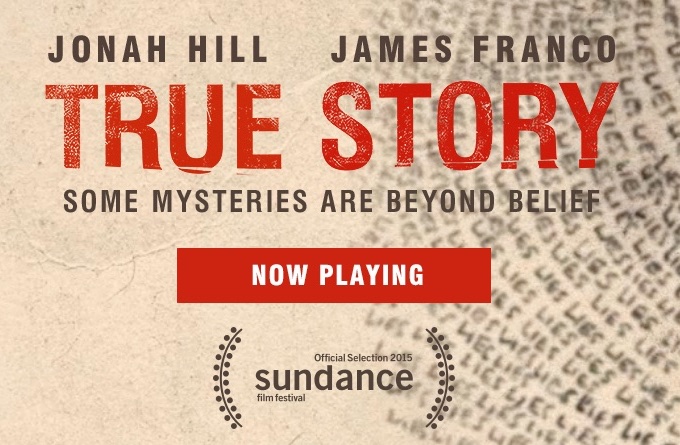 If I read “True Story” correctly, apparently there is nothing — I mean, nothing — worse than being banned from the New York Times. Not even killing your wife and kids.

That’s what Christian Longo (James Franco) is accused of in this, yes, true story (more or less) about what happened to a former New York Times writer named Michael Finkel (Jonah Hill).

According to the movie (which is based on his book), Finkel was a respected contributor to the Times Magazine who got in trouble for fudging an article about exploited children in Africa. Said fudging, we’re told, was for all the right reasons — to more effectively call attention to a terrible situation. 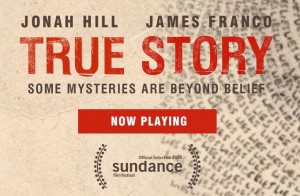 Finkel was booted back home to Montana where, one assumes, he might’ve settled in with his wife (Felicity Jones) and perhaps freelanced for quarterlies about elks.

Except an odd thing happened.

Finkel got a call from another journalist asking if he knew anything about this accused murderer mucking about in Mexico and calling himself Michael Finkel. Not just any Michael Finkel, but the one who “writes” for the Times.

Instead of a lawsuit, the enterprising Finkel saw an opportunity. Once Longo was back in jail in Oregon, awaiting trial, the writer struck up a relationship with the poseur. What he had in mind was a book and, sure enough, a rather fat contract came his way. So, eventually, did this movie.

In its way, the picture is a sort of inverse “Capote” (or “Infamous,” depending on which movie you preferred).  The seducer isn’t the journalist, but the prisoner, who teases his interrogator shamelessly.

Now, Franco is a first-class flirt, in or out of character. Plus his friendly relationship with Hill is well known. So you expect to be mesmerized by their confrontations.

But the scenes are empty. Maybe it’s a problem of cat-and-mouse being played by two cats. Or perhaps the actors are too familiar with each other and that ease they feel, instead of drawing us in, shuts us out. Or it could just be a case of a first-time director — respected stage veteran Rupert Goold — failing to impose the proper guidance on his stars.

“True Story” is never flat-out boring. The situation’s inherent fascination exudes a certain power. But when the most involving scene is a made-up encounter between Jones (hugely under-used) and Franco, well, you know something’s off.

Previous Article
Photo Pick: The ATL by Lisa Panero
Next Article
Michelle Nunn to become next CEO of CARE