In the Trump era, praying science can save us 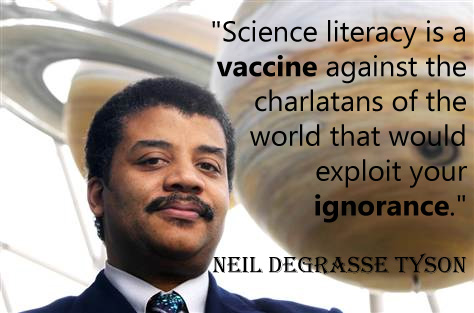 The most dominant national headlines in recent weeks have highlighted a fundamental principle that’s often overlooked but cannot be overstated: Science matters. From predicting dangerous tropical storms to charting the path of an eclipse or utterly discrediting the claims of hate-filled racists, science may ultimately help to save us, if only from ourselves.

It’s almost embarrassing to write in defense of science while advances in areas such as digital technology, genetics and quantum physics (among countless others) are profoundly transforming our understanding of the world around us, and within us. We’re in the midst of a mind-boggling scientific Renaissance, yet less than a third of American adults have even a passing knowledge of how science directly impacts their lives. That’s plumb scary.

In a report published last year by the University of Michigan with the National Aeronautics and Space Administration (NASA), researchers found that, during the last decade, the level of “civic scientific literacy” (CSL) in the United States had peaked – and apparently plateaued – at about 28 percent. The report defined CSL as, “…the ability of a citizen to find, make sense of, and use information about science or technology to engage in a public discussion of policy choices involving science or technology. This is a skill that is especially important in democratic societies.”

That last sentence is, of course, the whole point. As with every human endeavor, science is inherently imperfect. But without science, it’s all but impossible to arrive at prudent, fact-based public policy decisions that reliably produce successful outcomes in a diverse democracy such as our own.

America’s lack of scientific literacy is more than just rhetorical. As we watch the city of Houston swamped by an epic tropical storm, the unwillingness of our government and many of our fellow citizens to accept the notion that human activities are dangerously warming the planet means that more lives will continue to be lost as these types of weather events increase and intensify.

I know. I know. There’s no unequivocal scientific certainty that this particular storm (or any other) is a direct result of climate change. However, climate scientists here and abroad have been predicting, with greater accuracy, the frequency and severity of these storms while the Trump administration is actively trying to deny the overwhelming research that shows otherwise. Trust me, the consequences of our willful ignorance on this issue will be “yuge.”

As a proud and lifelong “science nerd,” I was somewhat heartened by the millions of people who watched last week’s stunning solar eclipse. Gazing upward, crowds reveled at the awesome celestial duet that elucidated astronomy and physics, two of the most transcendent scientific disciplines.

But as I watched, I was troubled by the knowledge that there are still people, including multi-millionaires in the National Basketball Association  as well as a close friend of my Millennial son, who stubbornly maintain that the earth is flat! How is that possible?

While less harmful, that kind of stubborn ignorance is consistent with the horrifying alt-right rally recently in Charlottesville, VA. The re-emergence of these groups serves as a potent reminder that while science is powerful force, its utility will always be limited by human emotions – especially fear.

Much like “flat-earthers,” White supremacists, neo-Nazis and garden-variety racists rabidly cling to the ideas of racial and ethnic superiority despite irrefutable evidence proving them wrong. Some even use “faux science” to make their case. But, for decades now, the consensus is that the very idea of “race” is mostly a made-up, social construct that has little or no scientific basis or merit.

In this thoughtful article, Harvard researcher Vivian Chou brilliantly explains that, “…there is no evidence that groups we commonly call “races” have distinct, unifying genetic identities. In fact, there is ample variation within races. Ultimately, there is so much ambiguity between the races and so much variation within them, that two people of European descent may be more genetically similar to an Asian person than they are to each other.”

Although I know science is a bountiful gift that offers enormous benefits and opportunities for a better world, human history doesn’t offer much cause for optimism. Facts that are gleaned from scientific evidence can be hard pills to swallow that many people would rather avoid, particularly when it contradicts their deeply rooted personal beliefs.

To focus on a more hopeful future, we need to find the balance between the intellectual rigor that science demands while simultaneously acknowledging the indivisible spiritual imperatives that bind us all. I get it: Science alone isn’t enough.

Although he wasn’t a “scientist” in the truest sense, Dr. Martin Luther King, Jr. was prescient about the critical connection between science and morality in his 1963 book, “Strength to Love.”

More than 50 years on, it seems we’ve grasped neither the power of science nor the wisdom of religion. If science can’t, heaven help us.