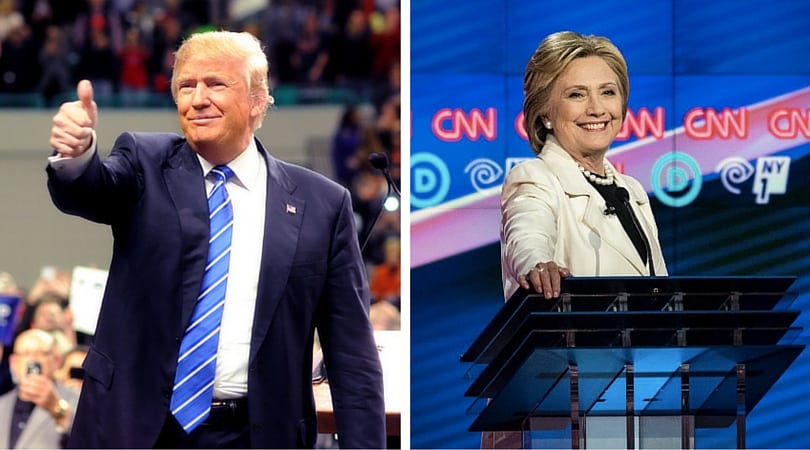 The general election race for the presidency has begun, and a Landmark/Rosetta Stone poll conducted last week for WSB-TV shows Donald Trump and Hillary Clinton neck and neck in Georgia. Is the election really likely to be that close in this deep red state?

This was a one-day poll, very early in the race, and it wasn’t so far out of line with how early polling has gone in previous years. There were a couple of InsiderAdvantage/PollPosition surveys in June and July of 2008 which had the race between Barack Obama and John McCain within the margin of error, like last week’s Landmark/Rosetta Stone poll. True, several other polls had McCain leading the state by margins of up to 15 points, but these overshot the outcome — McCain won the state with a margin of 5.2 percent — by a wider margin than the InsiderAdvantage/PollPosition poll underestimated it. Polls conducted in May only point toward something that might be happening by the fall. They don’t predict much.

It doesn’t appear Trump will face much dissent within the Georgia Republican Party, judging from the unanimous support voiced by the GOP congressional candidates who participated in the Atlanta Press Club’s Loudermilk-Young debates which aired on Sunday. Nor does the U.S. Senate race look close enough for U.S. Sen. Johnny Isakson to get too nervous about how Trump affects his own prospects, although he doesn’t seem to like him much.

These are factors which the poll didn’t measure, but they could be crucially important. If Trump gets the votes of most of those Republicans who didn’t vote for him in the March 1 presidential primary, he’ll be in good shape this November. The apparent lack of high-profile dissent within the state’s party leadership should help him with that.

With all that said, this isn’t the sort of poll Republicans were hoping for at the onset of the battle.

Perhaps the most concerning point for the Republicans is that 16 percent of all those surveyed, and 36 percent of independents, were undecided or had no opinion about the race. That doesn’t mean Trump can’t make the sale with enough of these undecideds to carry the state handily. But in order for that to happen, his campaign will be compelled to spend more time and resources than it would have liked.

So far Georgia has the classic look of a state the Democrats contest through the late summer and early fall before pulling out when the real line drawing begins. But what if Trump doesn’t make the sale?

The same day the Georgia poll was being conducted, Trump suggested in an interview that the United States might negotiate with its creditors to accept less than full payment on the national debt. This didn’t get as much of a rise in the media as many of the presumptive nominee’s zingers on this sensitive subject or that, but in some circles it opened eyes very wide. Nor is Trump’s walk-back explanation that the nation can never go into default because “you print the money” going to make patching things up with House Speaker Paul Ryan any easier.

If Trump the nominee continues to stumble from one over-reach to another, his credibility will fall to a sufficient point nationally that Georgia will be in play. Trump’s in trouble here when he’s toast elsewhere.

The dramatists of cable news tend to pronounce every twist in the race to be a critical moment, but this week, when Trump sits down with Ryan to hash out their differences, really could have a big impact on the way things turn out in the fall here in Georgia.

It’s going to be a different kind of campaign with Trump, but how different? Is he going to work through the state parties in the traditional way and plot Electoral College strategy as other successful candidates have done, or is he going to try to do it his own, terrific way? Soon we’ll know more.