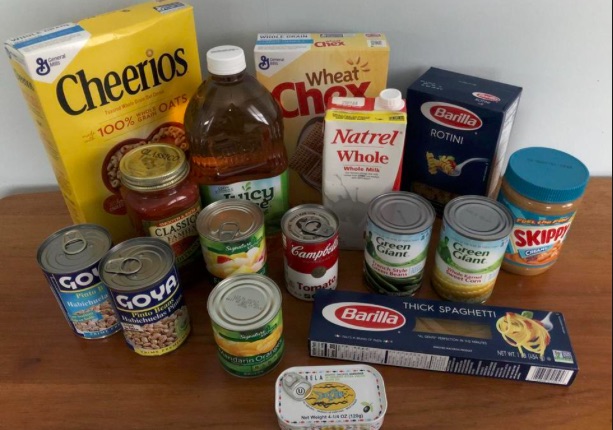 These 'shelf stable' foods represent the type of items that would be included in the 'America's Harvest Boxes.' President Trump's proposed 201i budget calls for replacing almost half the money families receive through the current Supplemental Nutrition Assistance Program with 'Harvest Boxes.' Credit: bostonglobe.

By Guest Columnist NEILL HERRING, a lobbyist for environmental organizations and armchair historian

Sonny Perdue, the Secretary of Agriculture for the whole, entire United States, and former governor of Georgia, has come out in favor of what used to called “surplus commodities.” This is his proposed substitute for what used to be called “food stamps.” Sonny said, early in his secretaryship, that program, now called SNAP, was “not broken,” and therefore needed no fixing. 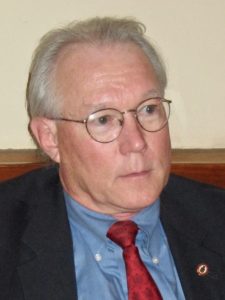 Someone has obviously explained this some more to Sonny since then. Sonny now proposes to give food in boxes to people who currently use SNAP in grocery stores. There is a lot of local history in all of this folly. Of greatest importance is the fact that Georgia’s U.S. senator, Herman Talmadge, wrote what became the Food Stamp Act of 1964 with the heavy assistance of the grocers and their suppliers, the food manufacturers, to “eat the surplus” agricultural production, thereby supporting commodity prices.

The Talmadge program had a local option provision that allowed counties to opt out of using the paper food stamps, and to rely instead on “surplus commodities,” foodstuffs in boxes, bags and cans, delivered to recipients.  One Georgia county that opted out of stamps and for surplus commodities was Fulton. The surplus commodities program supported a parasitic gaggle of local auto owning grandees, cab drivers and church operatives who brought recipients to the old Farmers’ Market on Lee Street, in Southwest Atlanta, to pick up commodities.

The young social workers of that era quickly enrolled their college friend hippies in the program, and the monthly distributions were quite a spectacle.  The commodities were the subject of a class-based  kids’ folklore in the public schools, where the insult, “your mamma feeds you yella grits” was a vicious and bitterly resented insult. Those same yellow grits would be gourmet items today at Whole Foods, but in snobbery the symbolism is what is important, never the content. 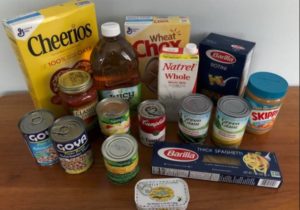 These ‘shelf stable’ foods represent the type of items that would be included in the ‘America’s Harvest Boxes.’ President Trump’s proposed 201i budget calls for replacing almost half the money families receive through the current Supplemental Nutrition Assistance Program with ‘Harvest Boxes.’ Credit: bostonglobe.

The law was changed at the end of the ‘60s, and Fulton switched to paper stamps and the whole sorry distribution apparatus collapsed instantly; the grocers started cashing in on the sales to new customers, the plan when Talmadge wrote the law.

The primary financial beneficiaries of the program under whatever name were its authors, the grocers and their food chains.  The ostensible beneficiaries, the recipients, were never more than instrumentalities of production. I suspect that Sonny Perdue understands all of this very well, but now he is his boss’ man, and new occasions have taught him new duties.

An older duty he has undertaken continues uninterrupted: His life’s work to make Lester Maddox look good by comparison to himself remains on its course of unstinting achievement.

Note to readers: President Trump released on Feb. 12 a proposed 2019 budget that calls for a $213 billion cut over the next 10 years to SNAP, the Supplemental Nutrition Assistance Program, according to a report by the non-partisan Center on Budget and Policy Priorities.

The proposal calls for replacing almost half the money most families receive through SNAP with “America’s Harvest Box.” The box would be comprised of U.S. grown and produced food and contain items such as shelf-stable milk, peanut butter, canned fruits and meats, and cereal, according to a report by politico.com.

A Feb. 13 report by nytimes.com stated the Harvest Box concept was a “political gambit” to signal the administration’s intent to make other cuts to food assistance programs, mainly by tightening work requirements on recipients.

On Feb. 22, the USDA released a little-noted call for the public to provide comments on how the administration can implement policies that would be, “helping able-bodied SNAP participants to find work and become self-sufficient.” Comments will be accepted through April 9 on a site on the Federal Register.