Business leaders near Tucker and Northlake Mall in north DeKalb County have expanded their effort to strengthen their historic commercial center and make it more friendly for walking and bicycling. 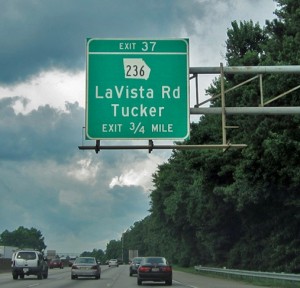 As of last week, more than 67 commercial properties in the Northlake business district formally joined the existing Tucker Community Improvement District. The goal is to uplift the region in ways that are beyond the scope of local government.

“All you have to do is look at Perimeter and Cumberland to see the success of CIDs,” said Ann Rosenthal, president of the newly minted Tucker-Northlake CID.

The additional participation brings the CID to 166 commercial property owners who represent about $157 million in property value across a district that measures 9 square miles, according to the CID. The CID is a distinct initiative from efforts to incorporate a new city in this region of DeKalb.

The Northlake area is one of metro Atlanta’s original suburban success stories.

Northlake Mall opened in 1971, the same year Perimeter Mall opened a few miles to the west. The two malls and their surrounding commercial districts prospered as residents moved into their neighborhoods in the boom years of the 1970s and 1980s.

While the Perimeter area continued to grow, as the result of attention from its two CIDs and access provided by Ga. 400 and MARTA’s rail line, Northlake fell behind as a center of retail, office and industrial space. Rosenthal said many residents today don’t even think of shopping close to home.

“We’re an errand district, where you go if you know what you want and who has it,” Rosenthal said. “If you want a shopping experience, 99 percent of the time you’re going to leave this area and go to Perimeter or Lenox.”

The CID’s immediate objectives are familiar in a region that has outstripped the capacity of local governments – devise a master plan and improve landscaping.

Bike and walking paths are to be a key component of the master plan, Rosenthal said. Landscaping, too, is at the top of the list.

“We want to make this community a more livable, workable, playable community,” Rosenthal said. “I live here and I would love to be able to walk to Northlake Mall. Theoretically I could, but there’s not an attractive way for me to get there. The same with Tucker. I could walk to downtown Tucker, but it’s not attractive.”

Rosenthal and the Tucker-Northlake CID’s board plans to move quickly on the two priorities.

Rosenthal intends to issue a request for proposals for the master plan within a few weeks and have the plan complete six months after a contract is signed.

Likewise with an RFP for the landscaping work. There’s plenty to be done, she said.

“If we look nice, folks are more likely to get off the highway and eat at one of our restaurants rather than going right through our exits and going on to Perimeter or Buckhead,” Rosenthal said.