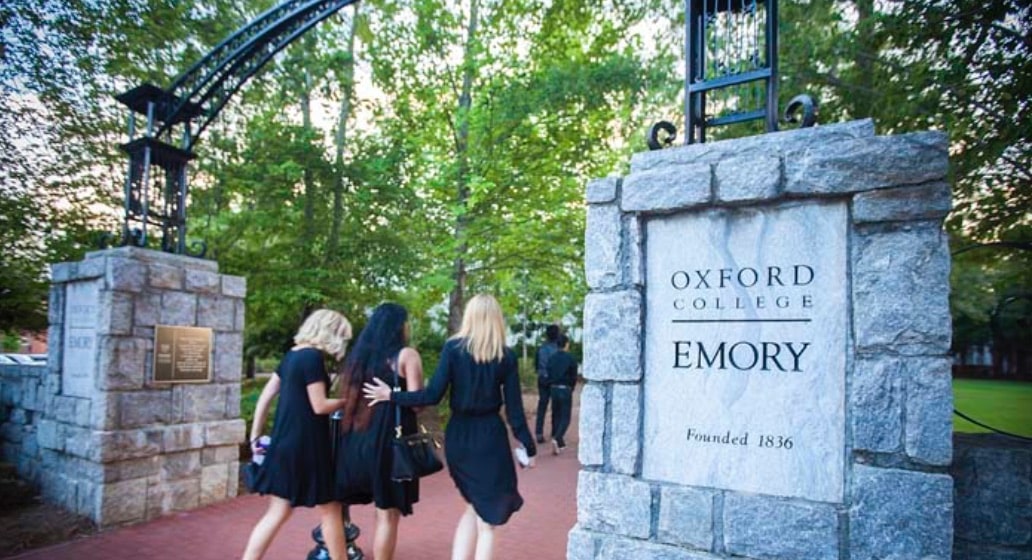 The Oxford College of Emory University hosted a ceremony Sunday to remember two students who were killed in July during a terrorist attack in Dhaka, Bangladesh, the school announced Tuesday. 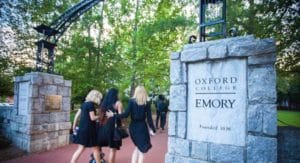 “There are no words to capture the loss, the confusion, the rage we feel that Faraaz and Abinta were taken from this world, from us, from their lives of limitless promise that each was living,” Oxford College Dean Douglas Hicks said, according to a statement.

Abinta Kabir and Faraaz Hossain were among 21 people slain by gunmen who attacked the Holey Artisan Bakery café in Dhaka on July 1. Both students were meeting a University of California student when gunmen stormed the restaurant, according to the statement.

“And yet we press on now to share words, to remember them even in the face of unspeakable tragedy and … to express joy for the lives that Abinta and Faraaz did live,” Hicks said. “Let us share the mutual embrace of this warm, grieving and perhaps even joyful community.”

Kabir, 19, was a rising sophomore at Oxford who was raised in both Bangladesh and Miami, Florida. She planned to major in economics and possibly return to Bangladesh to start an non-governmental organization to serve underprivileged children, possibly by launching a school for girls, according to the statement.

Hossain, 20, was a junior from Dhaka. He was graduated last year from Oxford College enrolled in January in Goizueta Business School in January. He also spoke of returning to Bangladesh after graduation with hopes of making positive change.

Survivors of the attack said the gunmen told Hossain that he was free to leave. Hossain refused to leave his friends and subsequently was killed with his two friends, according to the statement.

U.S. Secretary of State John Kerry visited Dhaka Monday. Kerry repeated assertions that the shootings were handled by ISIS, which had claimed responsibility for the attack. The Bangladesh government has maintained the shootings were carried out by home-grown opponents of the current government, according to published reports. 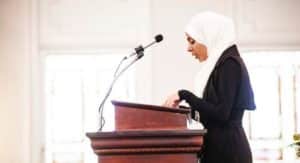 After the Sunday service, Oxford College Chaplain Lyn Pace invited the audience to join him in the symbolic ritual of a procession to Seney Hall. The purpose was for the group to “[make] our way out of this building and into the world, onto the Oxford College campus, where Faraaz and Abinta made an incredible impact.”

The group gathered around the steps of Seney Hall. In July, the site served as a memorial for the slain students, who placed flowers there in their memory.

Emory University President-elect Claire Sterk delivered closing remarks. Sterk touched on the notion that both of the slain students had crossed many borders during their lives. 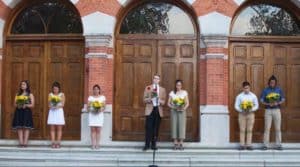 Members of the Student Affairs Committee pay respects to two students slain by terrorists in Bangladesh. Both the students had chaired the committee’s programming subcommittee. Credit: news.emory.edu

“As we gather today to mourn the loss of dear young people, I’m reminded that some experiences never will make sense,” Sterk said. “Some things cannot be explained. Some things are beyond our comprehension….

“In their memory, let us take the love and emotion we feel around us out into the world.

“Let us cross borders with the courage they showed in their lives. Let us embrace the people we hold dear to us and make the most of the time we have together. Let us pass in the light that Abinta and Faraaz left behind. In remembering them, we remember what evokes our deepest humanity.

“May their memory sustain and guide us in this quest and lead us to that peace to which we are called,” Sterk concluded.