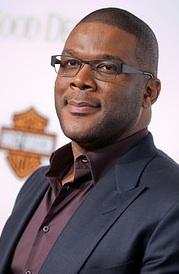 A star-studded group of lawyers is set to appear Friday in federal court in Atlanta to begin the debate over whether Tyler Perry got a sweetheart deal to buy most of Fort McPherson to build a film studio. 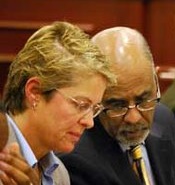 Positioned against Perry as the plaintiff’s lawyer is Tony Axam, a noted death penalty attorney who once was called to serve on the defense team of convicted serial killer Wayne Williams – until Williams fired him without explanation at the outset. Axam specializes in complex business litigation, as well as capital and criminal defense.

Leading Perry’s defense is Larry Dingle, a former Atlanta police officer who earned his law degree from Georgia State and rose through the ranks at Atlanta City Hall during the terms of former mayors Maynard Jackson and Andrew Young to the positions of department head and city clerk. Dingle specializes in local government law and land use.

The motions hearing is slated to begin at 9:30 a.m. before U.S. District Court Judge Richard Story. Senior Judge Charles Pannell Jr. had been assigned to the case but declined to preside, court records show.

More is at stake than a requested jury trial that would involve a Hollywood celebrity, a state authority, an aggrieved local business entity and noted Atlanta lawyers.

The lawsuit filed by Ubiquitous Entertainment Studios, LLC has the potential to slow or even derail Perry’s plans to buy up to 330 acres of the shuttered Fort McPherson.

Ubiquitous contends that it had worked for three years to develop plans for a movie studio and entertainment complex on up to 85 acres of Fort McPherson. The lawsuit contends that MILRA told Ubiquitous in early 2014 that the deal could not move forward until MILRA owned the site. In June, Atlanta Mayor Kasim Reed – who does not serve on the MILRA board – announced Perry’s plan to develop a studio on up to 330 acres. The MILRA board voted in August to sign a memorandum of understanding with Perry and his interests.

If the project is waylaid, there is no Plan B for developing the property. Previous plans to develop a bio-science center that would anchor a mixed-used development with significant green space have gone nowhere, despite the state’s plans to participate. 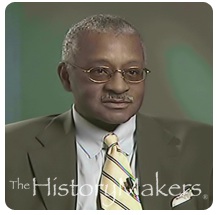 Larry Dingle was featured on The History Makers in 2005. Credit: thehistorymakers.com

The Army wants to close the land transaction in mid October, according to Felker Ward, who chairs the state authority overseeing the fort’s conversion to civilian use. There’s been no word at the recent meetings of the McPherson Implementing Local Redevelopment Authority (MILRA) as to how the Army’s plans may be affected by the lawsuit.

On Friday, Dingle’s is slated to argue his motion for dismissing the case against his client, Tyler Perry and his studio.

Also Friday, lawyers for MILRA are slated to present their case for dismissing the case against MILRA. MILRA is represented by lawyers affiliated with Greenberg Traurig, a firm that specializes in government law and has 1,800 lawyers around the world, according to its website.

Dingle’s motion trumpets the alleged absurdity of the claim filed by Ubiquitous:

All that said, Dingle’s motion contends that Perry can’t do anything to resolve the issues raised by Ubiquitous. For that reason, the motion contends, Perry and his interests should be dismissed from the lawsuit.