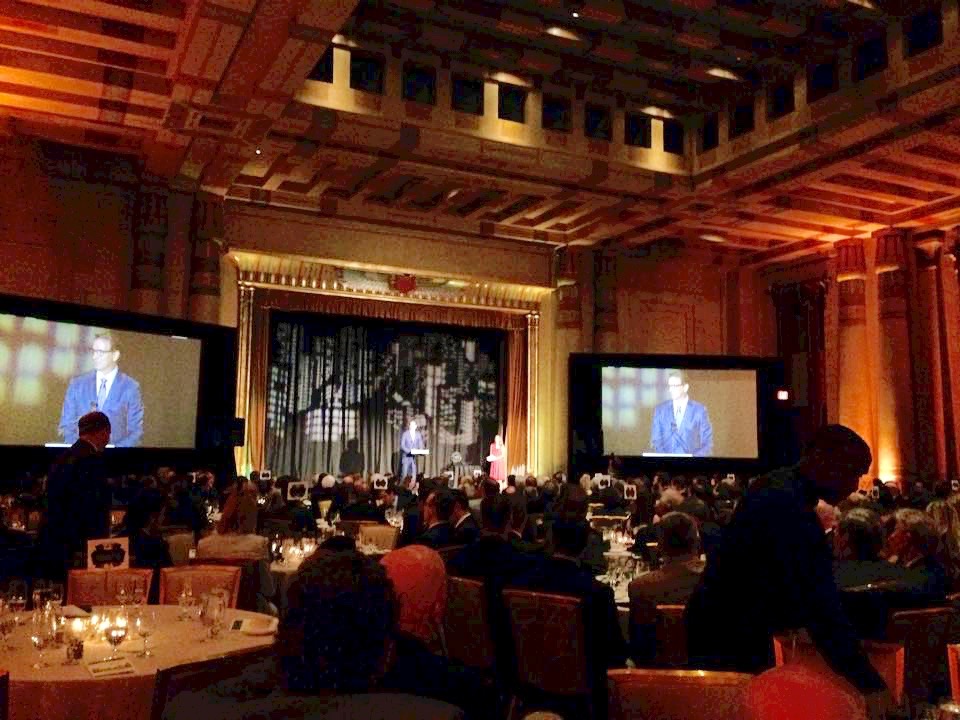 The Urban Land Institute Atlanta selected one of the city’s most precious treasures – the Fox Theatre – for its 2015 Awards dinner on Sept. 10.

At the beginning of the evening, ULI Atlanta Chairman Kevin Cantley, president and CEO of Cooper Carry, gave a poignant history of the 41-year-old “Save the Fox” movement.

Then, at the end of the movement, ULI Atlanta gave its highest award – the Project of the Year – to the most suburban development among the 2015 finalists – Avalon in Alpharetta.

When giving the award to Mark Toro, a partner of North American Properties – the developer of Avalon, ULI’s Executive Director Sarah Kirsch called the project “catalytic.”

Toro, who also chairs ULI’s Livable Communities Council, said the Avalon “adventure” began five years ago. He called it a labor of love and how he’s been having more fun than he’s ever had. Then he shared a phrase that was new to me – calling Avalon Atlanta’s first “urban burb.” 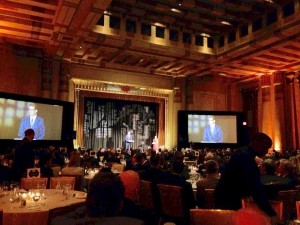 Toro later told me that the phrase had been coined by Fortune Magazine journalist Leigh Gallagher, who has written the book: The End of the Suburbs: Where the American Dream is Moving.

The other awards of the evening certainly had more of an urban feel.

The night started with Jarel Portman accepting a Development of Excellence for his Inman Quarter project in Inman Park. After thanking his partners and associates, Portman also thanked “all the people in Inman Park” for working with the team on the project.

The Atlanta BeltLine’s Eastside Trail received the Building Healthy Places Award. Paul Morris, president and CEO of Atlanta BeltLine Inc., said it was the second ULI award that he’s received in the two years that he’s been in Atlanta.

“We have only just begun,” Morris said.

The Krog Street Market also received an award as a development of excellence.

David Cochran, president and CEO of Paces Properties, said when they first bought the property, “the intent was to tear down and build something new.” But a series of random interactions helped him realize what a special building he had bought – and the decision was made to turn it into the successful Krog Street Market.

One of the more emotional moments of the night was when Jim Borders, president and CEO of the Novare Group, received the Frank Carter Community Achievement Award.

“I do feel like it’s a little bit early,” Borders said, adding that he’s still hard at work. “This is a cyclical business. The jury was trying to time this just right.”

Borders described the ups and downs in his own career. The joys in redeveloping the Atlanta Biltmore. One residential project he did – on the day that units went on sale, “a grown man broke down in tears because he didn’t get the unit he wanted. It doesn’t get any better than that.”

Then “10 years late, during the low moment all seemed lost,” Borders said. “Our fortunes change quickly in this business. The tough part of the Great Recession was for the first time in my life, I wasn’t able to do what I said I was going to do.