‘Unfriended’ – a movie to unfriend 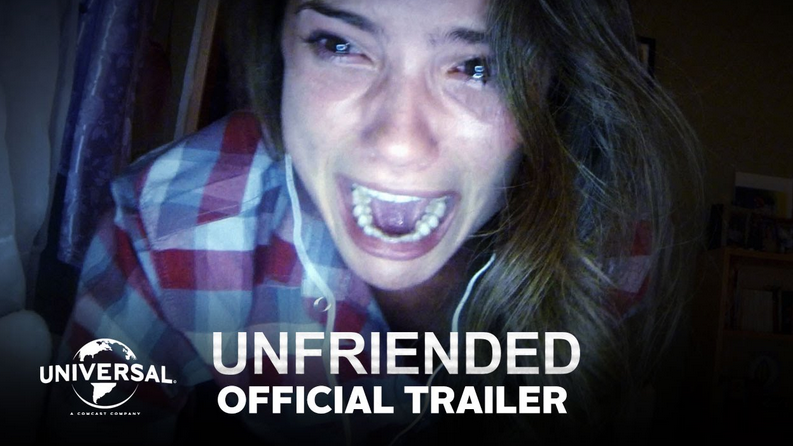 Imagine this scenario: the movie I intended to see for review is sold out. It is necessary to punt. A movie called “Unfriended” is about to start.

“Unfriended.” Hmm, I muse. That’s a Facebook term, isn’t it? Or something close enough. Hey, maybe this is “You’ve Got Mail” for the 21st century. Sell me that ticket for seat G-13.

And that is how I ended up in the same room with a strangely silly little horror movie that takes “10 Little Indians” into the Internet era.

In this case, the haunted house is an online chat room where a half dozen high school buddies discover an intruder who may or may not be the cyber-ghost of a classmate who committed suicide a year ago to the day. It is strongly hinted that cyber-bullying — facilitated by these same kids — may have been a factor.

Talk about the ghost in the machine… 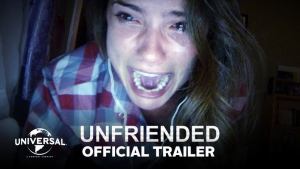 However, in “Unfriended,” the machine trumps the ghost. That is, director Levan Gabriadze’s gimmick — the entire picture takes place on one of the protagonist’s laptop — is the only original thing going on. The rest consists of tiresome Dead Teen clichés that have haunted movie theaters since the days of “Halloween III.”  You said I slept with whom? You said I had what eating disorder? You…well, you get my drift.

Or maybe not. The picture’s greatest strength — the it’s-all-online gimmickry — is also one of its greatest weaknesses. Sometimes, you truly can’t tell what’s going on as our young people pant and scream and try pushing every button they know.

Except the off button.