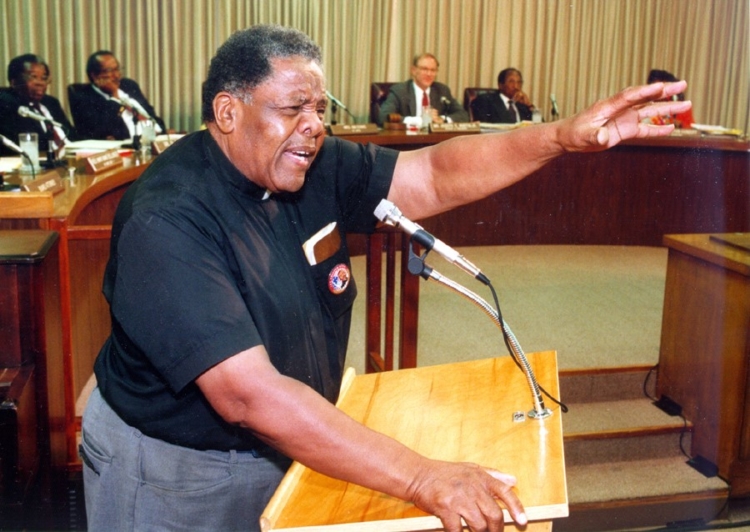 In 2008, the city named the north border of Rodney Cook Sr. Peace Park for my late father, the Rev. Joseph E. Boone. The park located on Atlanta’s west side will consist of 16 acres of green space, with a lake, and, of most significance, a Peace Pantheon with a library, 18 sculptures and tributes to civil and human rights leaders from the area. All said, it will be the largest peace park in America. 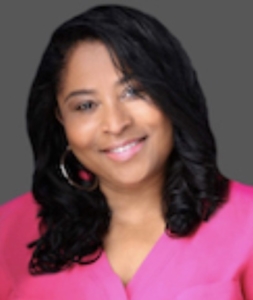 I often reflect on lessons my father taught me. As a civil rights leader, congregational minister and Dr. Martin Luther King Jr.’s appointed chief negotiator for Operation Breadbasket, my father knew that the movement was not just about making life better for black people in America, but “redeeming America’s soul.” I’m confident he would have supported naming the “peace park” for Cook.

Cook and many other whites including my father’s best friend, and Emmaus House founder, Father Austin Ford, an Episcopal priest and advocate for civil rights, made important contributions to the civil rights movement for which my father devoted his life. Ford proudly took a stand placing him on the right side of history. My family had great respect for Father Ford, who treated my sister and me like we were his own children. Both Ford and Cook stepped out on the front lines of this important fight at great peril. Cook placed himself and his entire family in peril during the period my father was most active, by taking a stand for what was right, instead of what was politically expedient.

So far, coverage of debate on this issue has centered around a decision by the Atlanta City Council to name the park for Cook, a white man who happened to be a Republican. The focus turned to Cook’s race, versus his heart and courage, thereby missing the central message of the civil rights movement. To paraphrase Dr. Martin Luther King Jr. – all people should be, “judged by the content of their character and not the color of their skin.”

Former District 3 Councilmember Jabari Simama, who preceded Michael Julian Bond and Ivory Lee Young, Jr., stated it most eloquently, saying: “The peace component elevates the park above just being a city park with a retention pond. It makes it a real destination where peace leaders and lovers from around the world will come and meditate, pray and reflect upon world peace.

The disagreement over what to name the park is more complex than a perceived scrimmage between the more seasoned generation, including civil rights icon Ambassador Andrew Young, and the newer one that includes our newly elected councilmember. Support for keeping the park named for Cook came from Councilmember Michael Julian Bond, Maynard Jackson III, Councilmember Amir Farokhi and myself, along with other young residents of Vine City and English Avenue, who hardly identify as the older generation.

My father and his siblings were raised on Sciple Terrace, a small street located off then-Simpson Road. He attended Ashby Street Elementary and Booker T. Washington High School.

In 2008, the city honored my father by renaming Simpson Road as Joseph E. Boone Boulevard. It was much more than a renaming. It was an acknowledgment of his courage and his determination. Each time I see that sign, I’m reminded of my father’s bold fight for justice. I’m energized when I consider my father’s unwavering determination as he held up picket signs to oppose institutions that would not receive African Americans, Jews, and others.

During our last council meeting, I glanced at my mother who was sitting on the front row. As an educator in Vine City, she invested 40 years in the teaching profession. She dedicated her life to instilling much more than reading, writing and French. She taught values. She taught integrity. Her voice and sentiments inform my every decision.

As I listened to the often contentious debate, I asked my colleagues to be fair to the Cook family. I reminded them that a task force re-visiting this issue equates to the re-opening of an old wound. This family has been good to the community. Cook’s son and former Councilmember Ivory Lee Young met with Atlanta’s 59th mayor several times, sharing his vision for this park. The former mayor and a delegation traveled to England, meeting with the Prince of Wales to discuss the park’s design, construction and fundraising efforts. Young met with his beloved District 3 residents in multiple meetings seeking input from all who committed to attend. A groundbreaking was attended by over several hundred citizens, all gathered with the goal of naming that parcel of land Rodney Cook Sr. Park.

Today, America is torn by racial, national, religious and ethnic strife. I am proud to sit on a city council that is committed to building a park and monuments honoring those who have laid down their swords and shields, regardless of race, and agreed to study war no more. My father devoted his life to this goal, and I will forever be influenced by his life and humbled by his sacrifices.

On July 1, 2019, the Atlanta City Council voted to file legislation that would have delayed progress on the park. I believe it was the right thing to do. Now we can move swiftly on completing the peace park honoring Rodney Cook, Sr., Sen. Julian Bond, Mayor Maynard Jackson, Rev. James Orange, the Rev. C.T. Vivian, Dorothy Bolden, Grace Hamilton and others whose sacrifices for peace and freedom are too often taken for granted or forgotten.

Now, let’s move forward and turn our attention to the other pertinent issues facing the city of Atlanta.

Note to readers: Atlanta native Andrea L. Boone is serving her first term on the Atlanta City Council, representing the citizens of District 10. Boone is the daughter of the late civil rights leader Rev. Joseph E. Boone and longtime Atlanta Public Schools educator Alethea W. Boone. She has served the citizens of Atlanta through her work in the office of former Atlanta City Councilmember C.T. Martin. She also served over seven years as the City of Atlanta’s commissioner in the Mayor’s Office of Constituent Services.