Vote after 7 p.m. in Atlanta? State bill would end that 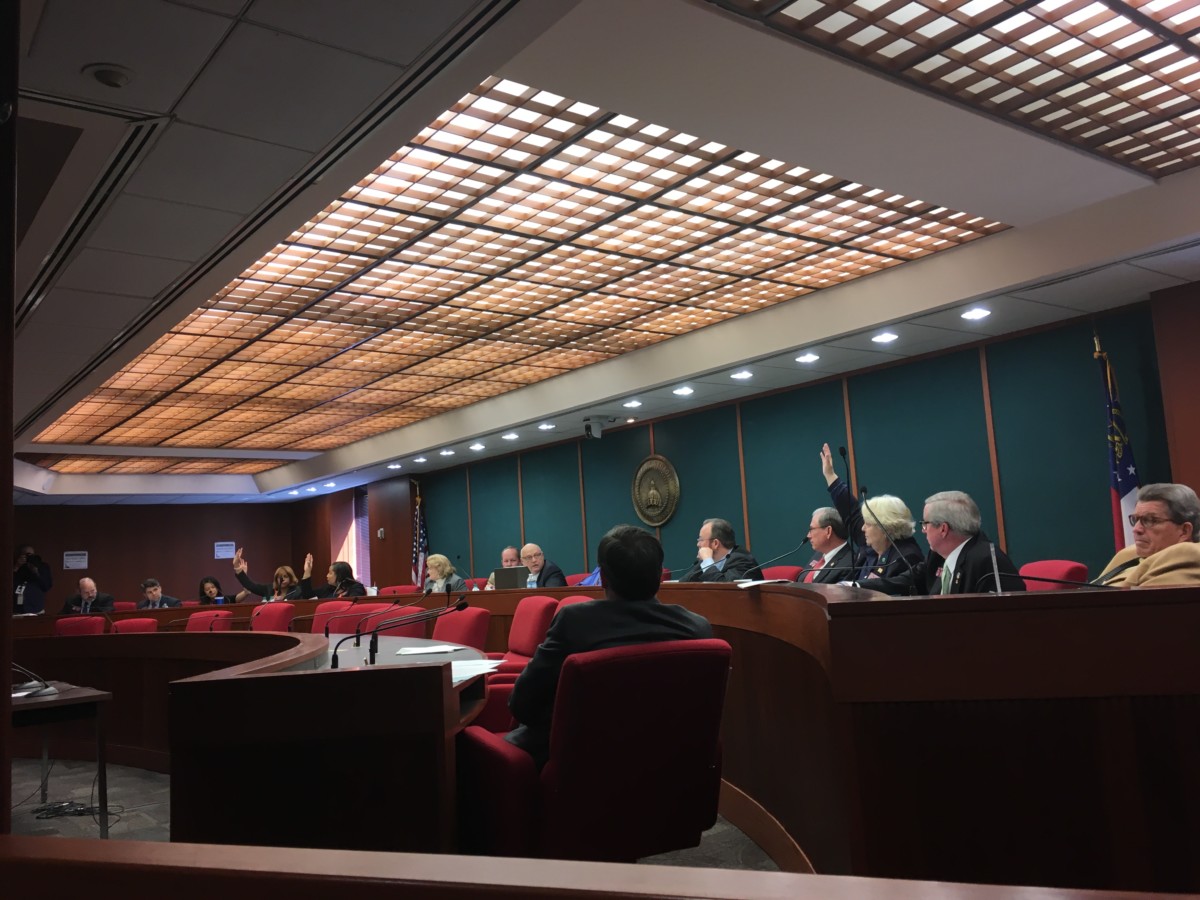 Updated with a new fourth paragraph, information about provisions to narrow weekend voting in the bill that have caused controversy.

Atlanta voters are unique in the state because every four years their polls are open until 8 p.m., an hour later than anywhere else in the state. A Georgia Senate bill would close all polls at 7 p.m.

“The spirit of the Voting Rights Act is one person one vote, and one person should not be allowed to vote one hour longer than another person,” he said, at a state House panel hearing on his bill Wednesday.

However, what escaped discussion, and maybe notice, at a roughly seven-minute hearing was another part of the bill, which would ban counties from offering early voting on both Saturday and Sunday. Counties would have to choose one. Democrats see it as a GOP plan to keep folks who vote blue away from the polls. It’s seen as a potential threat to “souls to the polls” initiatives at some churches that encourage voting after Sunday service, or to folks whose work schedules don’t give them many weekdays off. The Rev. Raphael Warnock of Ebenezer Baptist Church told the Associated Press the current proposal amounts to “electoral ethnic cleansing.”

The hearing focused on what was originally in the bill about polling hours. Atlanta polls are open until 8 p.m. during municipal elections — like the ones last year. And it was an administrative nightmare, according to Fulton County Director of Election and Registrations Rick Barron, who supports that change. 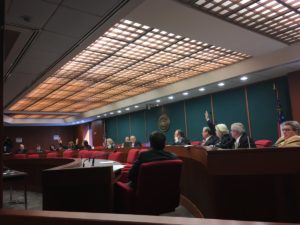 The election would have been administratively easier if it had been limited to city offices. What made it difficult was how to accommodate special elections for offices higher up the chain of government that cross city and county boundaries.

The city poll was on the same day as a vote for Fulton County Commission chair and a state Senate seat. Barron asked a court to keep all Fulton polling places open until 8 p.m., to keep voting hours uniform for everyone casting a ballot in that commission race. DeKalb, however, didn’t do the same for the entire county — it only kept the polls open later for city of Atlanta voting, not for a county tax vote. And Cobb, which shares part of that state Senate district, closed its polls for that race earlier than Fulton did.

State Rep. Ed Rynders, R-Albany, sped his Governmental Affairs Committee to a voice vote in about 10 minutes.  But not before several metro Democrats raised questions.

State Rep. Mary Margaret Oliver verified that 8 p.m closing only happens in Atlanta, and then asked if it was an anti-voting rights bill in Atlanta. Rep. Renitta Shannon wanted to know who asked for the bill in the first place.

Brass said “Fulton County” asked him to bring the bill, but would not elaborate on that, except to say “people that represent the county.”

The Fulton County Commission did not ask for the bill, according to a spokeswoman.

And state Rep. Bee Nguyen, an Atlanta-in-DeKalb legislator, asked if anyone thought of extending hours statewide instead of cutting them in Atlanta.

Rynders said they didn’t want to put an “unfunded mandate”on other counties and cities.

Nguyen said that she has a letter from the DeKalb Board of Elections in opposition to the change.

Brass said he was not approached by anyone from DeKalb about the bill.

SB 363 already passed the Senate on a party-line vote. The Wednesday committee voice vote wasn’t unanimous and the nays seemed to all come from Democrats.

SR has left a message with the office of DeKalb’s election supervisor seeking comment, and will update this space with any comments that arrive.