Water quality in question as city spends $3.4 billion on water and sewer fixes by 2014

By Guest Columnist JACKIE ECHOLS, an environmentalist and citizen acitivist.

First in a two-part series on the state of the City of Atlanta’s water and sewer plans.

With another 12.5 percent water and sewer rate increase due in July 2010, the question that should be at the forefront of the minds of City of Atlanta residents is: Are we getting what we’re paying for?

Almost 13 years into two federal consent decrees, the City of Atlanta has asked the court for an additional 15 years, until 2029, to complete wastewater fixes that are supposed to finally bring it into compliance with the 1972 Clean Water Act. 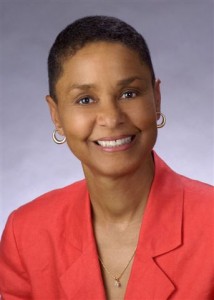 Judge Thomas Thrash has been overseeing the city’s compliance with the Combined Sewer Overflow (CSO) consent decree and First Amended Consent Decree (FACD) since they were signed in 1998 and 1999, respectively.

The CSO consent decree requires the city to reduce the amount of combined sewage, a mixture of sewage and stormwater, being dumped into Atlanta’s creeks and rivers. As an additional safeguard against water pollution the FACD requires the city to assess and replace, as needed, old and decaying sewer pipes in both separated and combined sewer areas of the city.

Citing the high financial burden incurred as a result of full completion of CSO and partial completion of FACD projects, the city is seeking to delay compliance another decade and a half. This is simply too long.

It is telling that the city’s request to the court makes no mention of water quality. After all, it was water quality violations which gave rise to the two consent decrees in the first place.

As the court mulls the city’s extension request a major point of clarification should be whether implicit in the request is also a 15-year delay in meeting water quality standards. Any such implied language should be summarily removed from consideration.

The city made a conscious decision more than a decade ago to forego the opportunity to solve its CSO problems when it selected tunnels over complete sewer separation.

Choosing to continue a legacy of selecting costly wastewater fixes over cost-effective solutions has greatly contributed to the city’s financial, public health, and environmental woes.

The CSO wastewater treatment system was untested, unproven and not guaranteed to work. The system has been beset with operational challenges. It has even had adverse effects on the adjacent R.M. Clayton Water Reclamation Center, which according to the city’s request “rides on the border of violation and is extremely difficult to control.”

From the outset, $3.4 billion was way beyond the financial capacity of ratepayers.

Now after spending $759 million for CSO consent decree projects, looming questions persist about the effectiveness of the tunnels and treatment system. CSO treatment plants will need to be upgraded, at additional cost, as federal and state water quality requirements increase, and water quality compliance is still a crapshoot.

From a public health and environmental standpoint, Peachtree Creek, one of a number of Atlanta’s creeks impacted by CSOs, is a disgrace.

During heavy rain events the creek it is subjected to intense scouring from millions of gallons of polluted stormwater from DeKalb County mixed with combined sewage discharged from the Clear Creek CSO outfall in Piedmont Park and the Tanyard Creek CSO outfall in Collier Heights.

Not very long ago the Department of Watershed Management (DWM) was ‘flush’ with money. The DWM blames its financial difficulties on fallout resulting from the troubled U.S. economy and reductions in water usage.

But it fails to mention the impact of questionable activities that have drained money from the city’s Water and Sewer Enterprise Fund, such as the $116 million loan made to the city’s general fund. There are also long standing questions concerning the bloated number of DWM employees and the huge losses recently incurred from bad investments in failed financial derivatives.

When money is being consumed faster than can be generated from taxes, payments and fees — choices have to be made. Some of the projects described in the 125-page document submitted to the court are not related to the consent decree and have not been through the vetting process.

Though all of the projects may be needed, remaining consent decree projects should receive priority. The DWM needs to give top priority to demonstrating whether the CSO tunnels and treatment investments already in place will bring Atlanta into compliance by the current 2014 deadline.

Next week’s column will make the case for granting a time extension to reconfigure the stormwater infrastructure in the combined sewer area to include above ground and near ground-level stormwater improvements that have been proven to improve water quality.