‘We just want the right to vote’

By Guest Columnist DAVIS FOX, retired city planner who has been active in DeKalb County politics and government for many years

For now, the legislation to allow for the secession of the Buckhead neighborhood has stalled in the General Assembly. Credit goes to the courage and leadership of Lt. Gov. Geoff Duncan and House Speaker David Ralston. 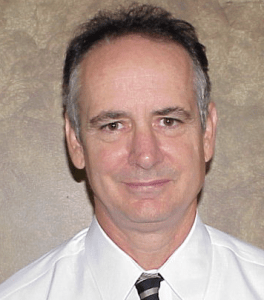 Unfortunately, I do not believe we are finished with this issue. The proponents are still proposing a silver bullet solution to complicated issues. The idea of breaking apart the City of Atlanta is especially a bad idea – for Atlanta, Buckhead, and the State of Georgia. Yet, the issue I want to focus on for this column is the idea pushed by those in favor of secession: “We just want the right to vote.”

Having worked for a DeKalb County commissioner, I’ve had a front row seat for the cityhood movement. There is one argument that has been used in previous cityhood efforts and now it is coming from the Buckhead secessionists that seems impossible to refute.

“We just want the right to vote and choose our local government,” is the common plea from proponents. For those who have a sense of fairness it is always difficult to limit choices. Unfortunately, the answer elected officials should say in this matter is, “No, you do not have the right to vote to break off from Atlanta to form a new city.” And here’s why.

America is a republic, not a democracy. We don’t have a right to vote on everything. Many important ideas are not put up for a vote. We went through the civil rights era without a vote on whether segregation should end. Would a referendum on civil rights in the South have been helpful to our country? Parents don’t have a right to vote in choosing the school principal or classroom teacher even though they may have a profound impact on our children’s future. We don’t have a right to vote on a new traffic signal that might worsen our daily commute and harm our quality of life. When we chose a republic form of government, we decided not everything can or most importantly should be brought to a vote.

To some legislators it might seem difficult to tell Buckhead City proponents they don’t get to vote, but it shouldn’t be. Politicians don’t give citizens the right to set their taxes for next year, and we should not let citizens decide to fracture a municipality with all of the associated problems that will follow in Atlanta and in the rest of the state. The hard truth is citizens do not have the right to vote on some issues. There, I said it. I don’t expect elected officials to shout it out loud, but they know that some political decisions should not be brought to referendum. The prospect of Buckhead City should not be brought to referendum.

To Buckhead citizens who are dissatisfied, thank you for your commitment. Your desire to build a better community is valuable and recognized. Atlanta Mayor Andre Dickens shows all indications that he respects and values Buckhead residents. Please use your energy and creativity to find better solutions that will improve the quality of life for all citizens. Elected officials and engaged citizens can work cooperatively to seek better outcomes with less destructive side effects.

Davis Fox is a retired city planner who has been active in DeKalb County politics and government for many years.