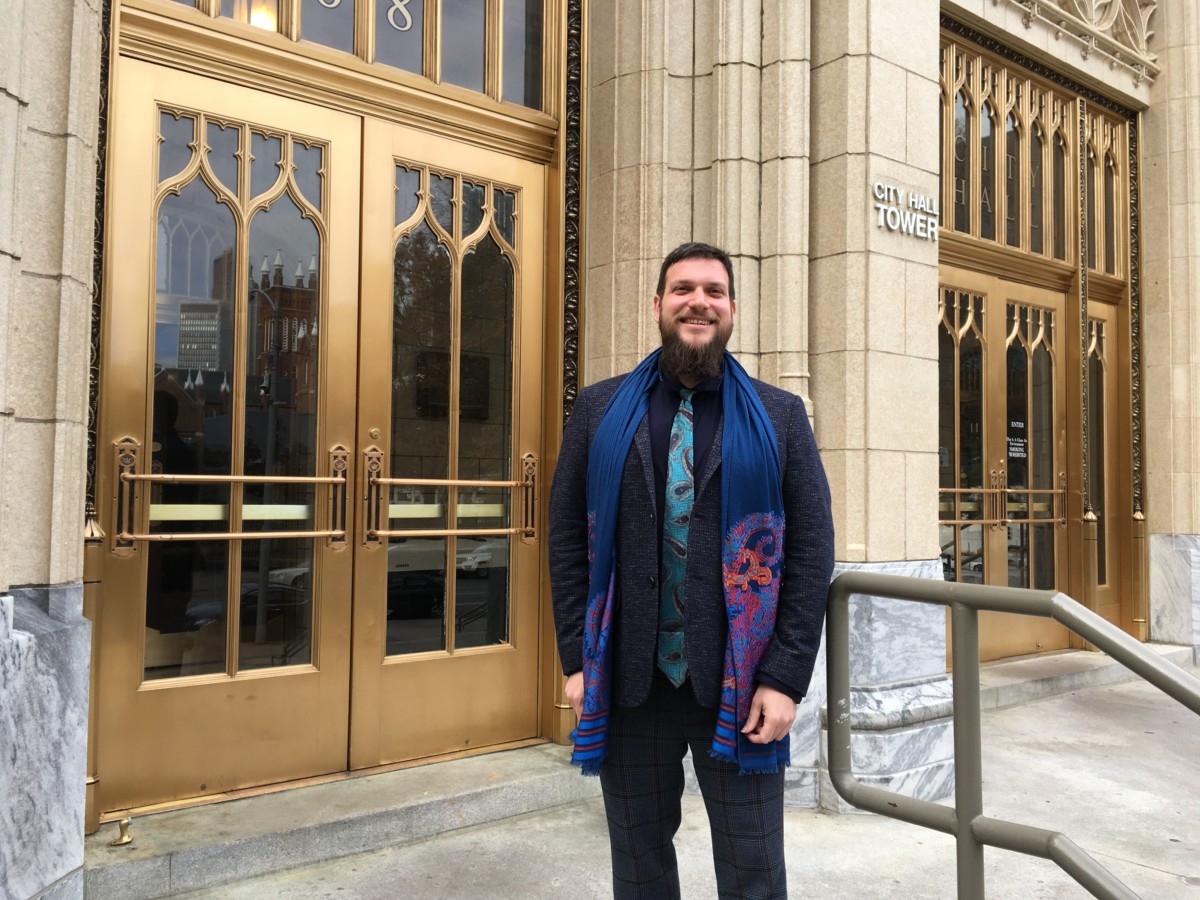 Atlanta’s west side district 3 will send a new representative to City Council in a March special election. Matthew Cardinale, an activist and the news editor and founder of Atlanta Progressive News, says he’s making a run for it.

The district runs from the fairly ritzy Atlantic Station through Vine City, English Avenue, all the way to Douglass High School.

Young worked for development in the district, parts of which have long suffered from a lack of investment, or places to work or buy groceries. But Young also worked to address the fears of longtime residents that they would be priced out by newcomers and gentrification.

The next council member for the district will face the same circumstances. 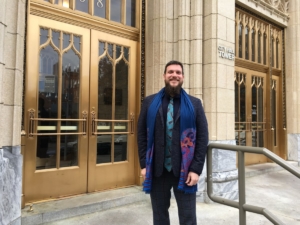 Cardinale has been a fixture at City Hall for years, pushing for progressive policies via writing, speaking, lawsuits, research, a bit of scolding, a bit of humor, drafting legislation, and drafting … lyrics.

If you’ve heard of a guy who personally took Atlanta City Council all the way to the Georgia Supreme Court for holding an unrecorded vote in private — and won — that was him. Before he even started law school.

Or if you’ve heard of a guy who sometimes delivers public comment at City Hall via rapping or singing, that’s him too.

For example, Cardinale recently channeled  hip-hop princess Cardi B and her hit “Bartier Cardi” to demand housing for folks who make less than one-third of metro Atlanta’s median income, rapping: “Can’t justify 30 % AMI? / Get the code section revised. / And the rent check is too high. / This you can’t deny.”

“For the last 13 years I have been the citizens’ watchdog down at City Hall,” Cardinale said in an interview with SR. “And I have a really high bar for what I’ve been able to accomplish as an average citizen using public speaking, using all the democratic strategies that are available to us. But I feel like I’ve hit a plateau [for] what I can do as an average citizen.

He had in hand several pieces of draft legislation on items small and large. One would repeal a city law that’s similar to the city’s former and much-criticized “DC-6” ordinance that criminalized being in a “known drug area.”

Another would get rid of Atlanta’s no-panhandling zones on the grounds that it’s unconstitutional to ban such speech across large areas.

Another would make an exception for homeless youth to the city’s curfew law, so that being homeless and 16 years old or younger wouldn’t be a crime.

Another would make it easier for citizens to petition to put questions up for a citywide vote by easing up the requirements on petitioners to show their property tax receipts.

Another would repeal a ban on moving household goods at night.

Another would allow folks to sign up for public comment at City Council meetings up until the moment that public comment starts — right now you have to sign up at the start of the meeting and wait for perhaps an hour or more of public proclamations before your turn to speak.

And one more would require landlords to disclose their rental rates when they come in to pay their business occupation tax.

The point there is to figure out what the rents are in an ever-pricier city, with the idea that Atlanta could set better housing policy if leaders had good data on rents.

In 2015, Cardinale drafted an ordinance, which was carried by citywide Councilman Andre Dickens, requiring any legislation affecting housing, land use or development to include a statement about affordable housing. The statement must say how many less-expensive units would be added or subtracted by the given legislation.

Cardinale said he’s dedicated to housing for those families who don’t come close to cracking $25,000 in income, individuals who make much less, or anybody who maybe makes nothing at all. In the jargon, it’s folks making zero to 30 percent of “area median income.” Those households, he said, that the market doesn’t create housing for.

“You’ve really got to be committed because it’s an obstacle course … The devil is really busy creating creating mechanisms to avoid zero to 30 percent AMI housing at every at every turn,” he said.

His policy ideas include public ownership, nonprofit ownership, ownership of land by trusts and a rework of the city’s existing “inclusionary zoning” law to include more homes for folks who make the least money.

Cardinale said he thinks there are still some good opportunities and ways to preserve and create affordable housing, to make sure district 3 is a mixed-income community.

“If we go by another three years, I think we’re going to find out that we don’t have a mixed-income community.”

It might go straight from underdeveloped to bourgeois, he said, mentioning East Atlanta in the same breath.

Some of his other ideas include a City Council environment committee, a municipal bank, a method of publicly funding political campaigns and a complete rewrite of business licensing code.

No doubt other folks will soon announce their own bids for the office. Greg Clay, who has a background in public administration, challenged Young in 2017.