Climate change is expected to raise the number of devastating storms, such as the 170-mph winds that damaged this house in Newnan in March 2021. (File/Photo by Kelly Jordan)

Georgia and most states have a history of pandemic influenza planning. President George W. Bush signed the first national Pandemic Influenza Strategy in 2005. The strategy was backed up by the U.S. Department of Health and Human Services’ Pandemic Influenza Plan. 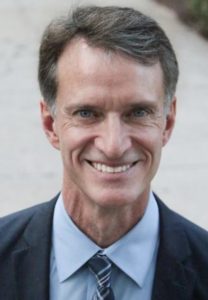 The HHS provided state-by-state estimates of the impact of a pandemic. In a 2006 article, I referenced the Georgia Pandemic Flu Plan and the estimated 6,100 deaths from a moderate impact virus in a Georgia Planner newsletter. During the same period, Georgia assisted local school administrators and staff in developing pandemic influenza plans for school districts.

State plans were funded by the Atlanta-based Centers for Disease Control and Prevention through preparedness cooperative agreements. However, specific planning, problem solving, and funding were left to the states.

The Bush strategy and plans were largely endorsed by the Obama administration. In 2009, President Obama declared the H1N1 virus a National Emergency. With this history of planning, why did they not achieve their goals a decade later? Recently published books from Dr. Sanjay Gupta and Dr. Scott Gottlieb review many of the reasons influenza plans were not successful.

Heeding science and plans that predict unprecedented difficulties for humanity should be a reasonable action. Like the impacts of the Covid pandemic, during 2021 the U.S. experienced excessive heat, droughts, major storms, forest fires, flooding and the economic fallout. Climate change impacts on communities are expected to be highly disruptive and influence migration across the U.S. The management of Lake Mead in the southwest U.S., as an example, has probable economic and social outcomes that are likely to occur from a declining resource.

As a planner working in metro Atlanta in 2005, I can recall the migrants who arrived in metro Atlanta from New Orleans as a result of Hurricane Katrina. In addition to migrants from other states, we have thousands of children born every year in metro Atlanta and many going through public schools today who will graduate and want the same things we wanted as adults: an apartment or home, a job and transportation.

The Georgia Department of Transportation is among the best at planning, building and maintaining the state road and highway system. However, we know the impact of cars on CO2 in America and globally. Climate modelling exercises have demonstrated that even if all combustion engine car sales end, traffic would still need to drop 2 percent to 4 percent each year to align with net-zero goals.

We can build enough affordable homes close to jobs and improve energy efficiency of existing buildings. We know from the history of Europe and America that, during the Industrial Revolution, outer-ring districts with cheap and walkable units were built to accommodate workers. Metro Vancouver’s Regional Growth Strategy, as an example in North America, encourages densification of development as a sustainable strategy.

We also need to consider why state and local government plans forecast only 25 years in the future. What will climate change and migration mean for the year 2100 in metro Atlanta and our grandchildren’s lives? Why do we engage in planning if not to preserve the quality of life for the future?

To manage the impacts of climate change and air pollution we will need to change almost every aspect of our lives and what we do. There are actions underway in the U.S. and Georgia focused on reducing the use of oil and coal, but they are not happening fast enough. Climate change is already occurring, and conditions are expected to worsen significantly during our lifetimes.

Georgians need a mindset and commitment to intelligent living standards based in science, technology and flexibility so that we may preserve our country for our descendants. It’s a big request of the living to make sacrifices to preserve a future for the unborn, yet it’s worked for thousands of years and it’s the best course of action now.

Dan Reuter has served as adjunct professor at Georgia State College of Law and Georgia Tech during three decades of overseeing planning for development in metro Atlanta. Reuter is known for the growth management policies he devised for a population boom of almost 2 million residents during his nearly 20 years at the Atlanta Regional Commission.