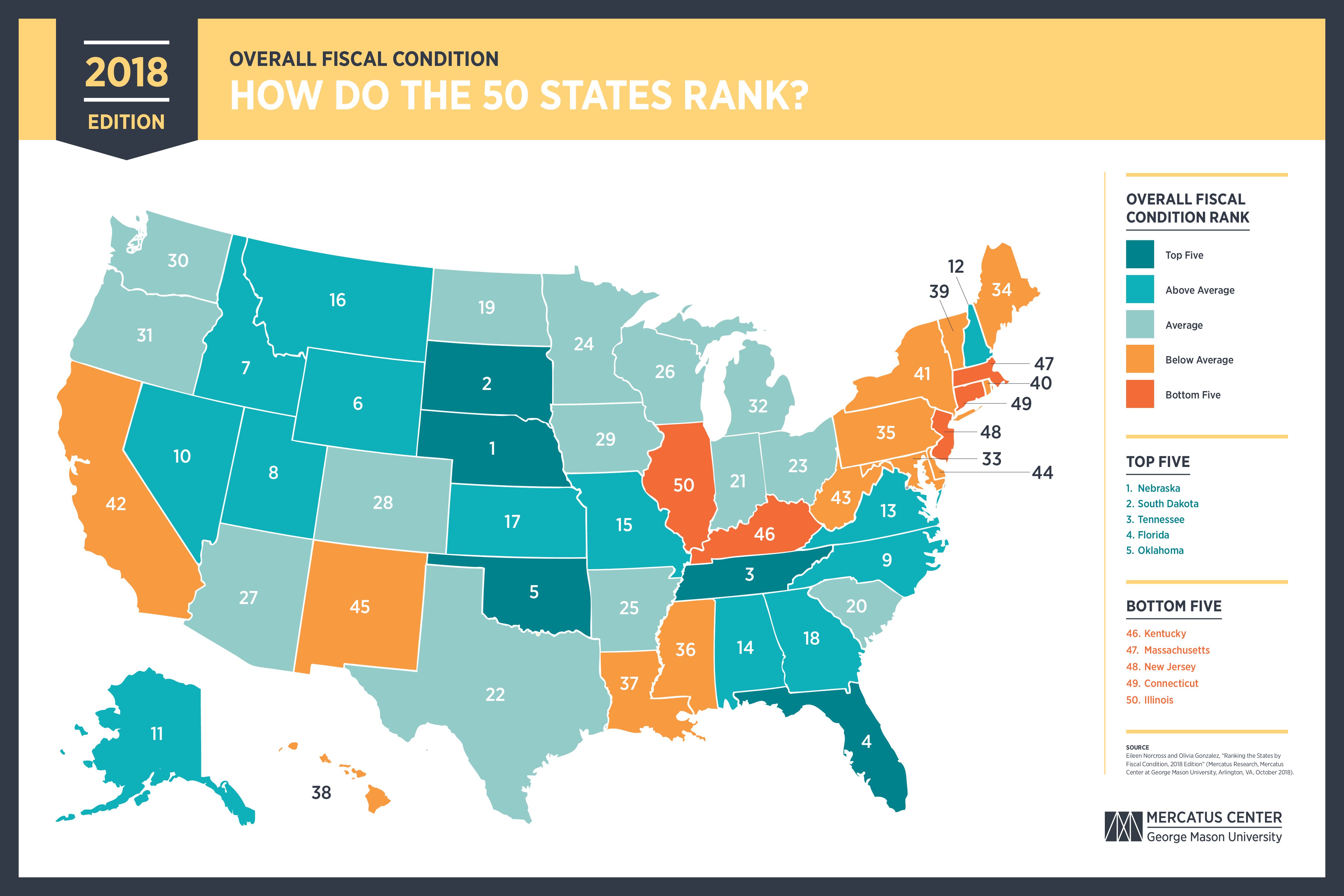 If you think it stung when the Gamecocks upset the Bulldogs between the hedges, wait until you hear about the $50 checks.

The mood in Georgia government has been dour since Gov. Brian Kemp told state agency heads to cut 4 percent from their budgets in this fiscal year and plan for 6 percent cuts in the fiscal year which begins next July 1. The governor and legislative leaders butted heads when Kemp barred agency heads from attending budget hearings on the matter in September. Officially, layoffs are supposed to be considered only as a last resort, but some state employees are being told by their bosses to expect layoffs or pay cuts, some of them very sizeable.

There was a very different vibe up the road in Columbia last week, when the South Carolina Board of Economic Advisors approved a budget estimate which gives the state $1.8 billion more than it had expected to spend next year, on top of a $350 million surplus declared last summer. About $1 billion of the total is in non-recurring funds which could be spent on a host of overdue maintenance projects.

These would be eye-popping numbers if they were announced in Georgia, but South Carolina’s population is half Georgia’s — smaller, in fact, than the Atlanta Metro Area. On that smaller scale they seem really big.

“You listen to economists nationally talk about the slowdown and that the economy is easing, and the news we received today shows that is not on the horizon in South Carolina, at least in the short term,” said South Carolina House Ways and Means Chairman Murrell Smith.

As if this weren’t enough good fiscal news, South Carolina’s revenue department is in the process of mailing $50 checks to 1.2 million taxpayers, thanks to an anonymous individual who bought a Mega Millions ticket at a convenience store in Simpsonville last year. The ticket hit an $878 million jackpot, from which the state collected $61 million. The South Carolina legislature voted earlier this year to divide the windfall among all those with a 2018 tax liability of $50 or more.There is no reason to conclude from their different circumstances right now that one state is run better than the other, or that their economies are growing at vastly different rates. Instead, this is an illustration of the push me-pull me nature of state budgeting.

Before South Carolina got all its happy budget news, seven inmates were killed in a riot last year which attested to the poor conditions at South Carolina’s prisons. Fed-up teachers marched on the state capitol earlier this year to win a raise, and the state paid out in the neighborhood of $50 million to settle damage claims from potholes on its highways and roads. All these problems can be attributed in part to the draconian measures instituted after the Great Recession of 2008 caused a budgetary shortfall, and so can the happier news announced last week. South Carolina is gaining population and doing relatively well economically, but a windfall this large does not come naturally.

In the other states around us, the forecasts seem to fall between the optimism of South Carolina and the pessimism of Georgia. Florida, for example, recently forecast another year of surplus followed by a couple of leaner years.

In its 2018 ranking of the fiscal condition of the states, the Mercatus Center at George Mason University ranked Georgia 18th and South Carolina 20th, on a scale in which Nebraska was first and Illinois 50th. Over five years of rankings, the center used a conservative standard which credits the states most able to cover their short and long-term obligations, as well as having the “fiscal slack” to increase spending, if they have to, to meet the increasing demands of voters. It’s a standard by which Tennessee grades out 3rd, and New Jersey 48th.

After years of fiscal demand in South Carolina, there’s enough fiscal slack to produce last week’s good news. Georgia seems on the other side of an up-and-down cycle that badly needs smoothing out in both states. 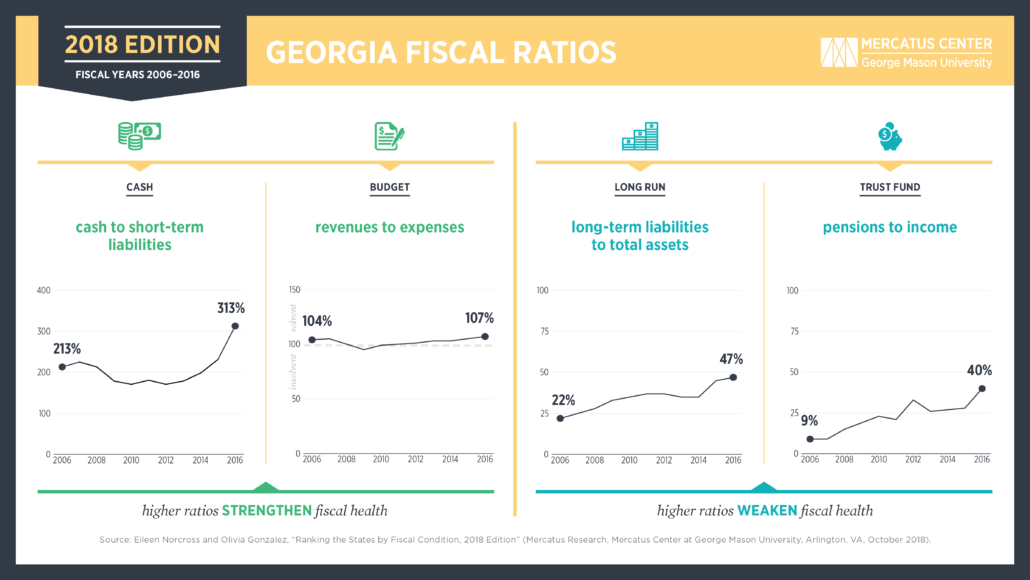 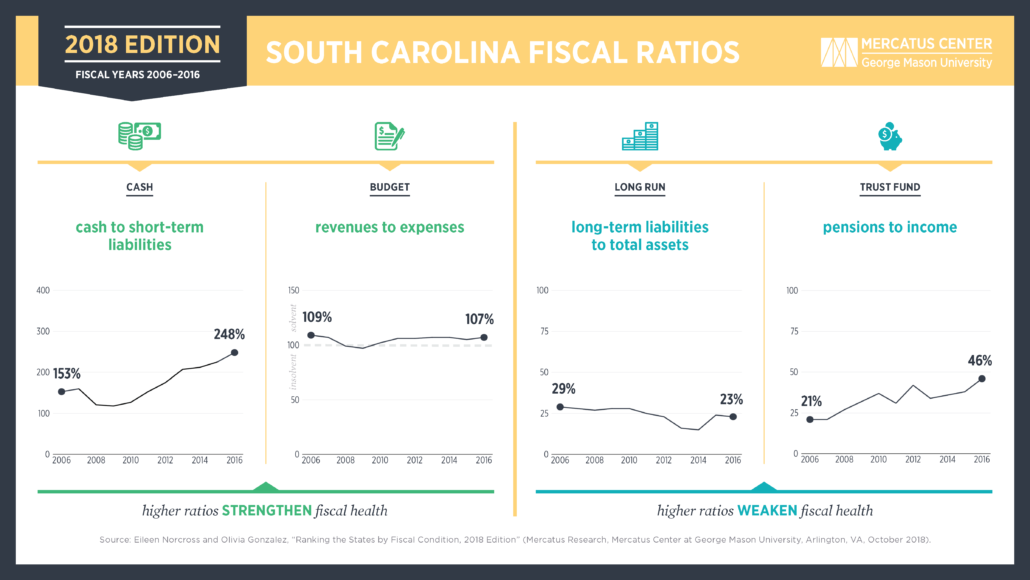