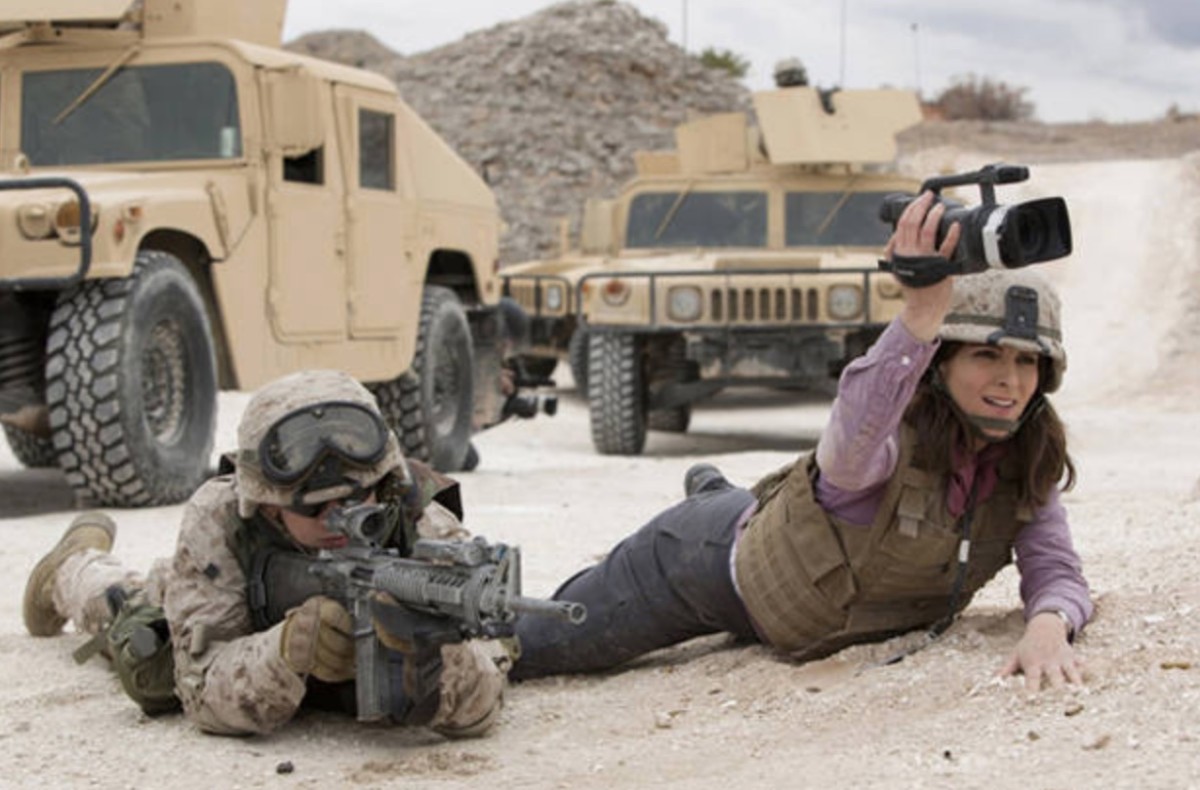 Remember the old mantra about the war in Vietnam? The one about winning “hearts and minds?”

In “Whiskey Tango Foxtrot,” Tina Fey’s sharper-than-sharp new movie, hearts and minds are “the two best places to shoot somebody.” Or so says the young Marine being interviewed by newscaster, Kim Baker (Fey). 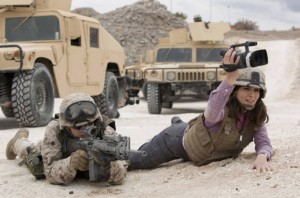 ‘Whiskey Tango Foxtrot’ portrays the complexity of the war in Afghanistan on the battlefield and on the homefront. Credit: salon.com

Yes, things are different in Afghanistan, where Baker finds herself in 2003. Back home, she wrote stories about the dangers of corn syrup. But then one day, a higher-up summoned everyone to the newsroom and wondered if anyone  — especially someone single or childless or preferably both — would be interested in covering the war.

The implied dangled carrot is the chance to get on air.  The unspoken codicil is: The network is less likely to be sued by someone with fewer attachments.

Baker signs up for three months. She stays three years. Much of the movie is about how she goes from being a greenhorn to a seasoned veteran. It’s also — and this is part of what makes the movie so good — about the questionable adrenalin rush that comes with becoming part of such a dangerous place.

It’s called The Ka-Bubble  (as in “Kabul Bubble”) — and at first, it’s meant humorously. Baker is reminded that, while she’s probably a six or a seven stateside, in Afghanistan, she’s a certified nine, maybe even a 10.

But there’s more to the Ka-Bubble than sexist assessments. More crucially, it’s about how the abnormal slowly but inevitably becomes normal. Very normal. Bombs and blown-off body parts. Mullahs using TV sets for target practice (and political currency). Party-hard journalists who can barely make sense the next day, let alone remember the night before. And most of all, the hunger for The Story, the one no one else gets, the one that gets you the lead on the evening news. 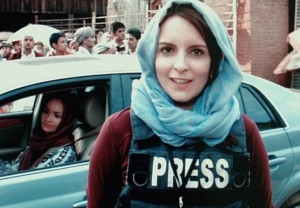 Of course, the extra twist here is that Baker is a woman in a country where women are, well, treated differently. When she first sees the locals covered head-to-toe in their baby blue burqa, Kim jokes that the garment is so pretty, “I don’t even want to vote.” But she’s less amused by a school that’s firebombed to near oblivion with “No Education for Women!” graffiti-ed across what’s left.

However, it’s not just a matter of religion. Until she proves otherwise, Baker’s own troops regard her as a liability — the sort of extra baggage who literally is extra baggage. Especially when she brings along her bright orange camera case, which she is dutifully made to re-wrap in duct tape (who knew duct tape came in camouflage?)

On a lesser (though still irritating) level, there is the war at home. Literally. The new network boss doesn’t think Afghanistan is “playing” as well as it used to.  People love the troops, but they’re tired of all that, well, war stuff. Kim has a harder and harder time getting her stories on air, leading her to take bigger and bigger risks.

Apparently making this movie was a big risk, too. Perhaps that’s why it’s being sold as a Ha! Ha! Comedy when, in fact, it’s a lot more complicated. And smart — always, always smart.

Not only do the filmmakers know what they’re doing, the cast does, too — Billy Bob Thornton as a leatherneck-tough Marine commander with a soft side; Martin Freeman (The Actor Formerly Known As Bilbo Baggins) as an irresistible bad-boy Scottish photojournalist; Margot Robbie as an Aussie rival/friend; and Christopher Abbott as Baker’s security guard whose bond with her is, perhaps, the most important relationship in the film.

Proving she has the stuff for big-screen stardom (well, if she weren’t a woman and, especially, a woman over 40), Fey creates a character who’s as vulnerable as she is courageous, who makes as many dumb moves as she does smart ones, who, ultimately, discovers she’s more about hearts than minds. Or air time.

“Whiskey Tango Foxtrot” is time-honored military shorthand for “What The F***.” It’s also pretty good code for how this movie is being handled. Make that, mishandled.

Previous Article
Outside Gold Dome by Kelly Jordan
Next Article
“For the love of black women.”