All bets are off when it comes to guessing what entity state lawmakers will select or create to run metro Atlanta’s assortment of transit systems, as ordered by Gov. Nathan Deal.

GRTA would be a logical starting point, as some lawmakers suggested last week. On Monday, Sen. Steve Thompson (D-Marietta), who co-sponsored the bill that created GRTA in 1999 for then-Gov. Roy Barnes, said that role was part of the original vision for the Georgia Regional Transportation Authority.

The state Department of Transportation shouldn’t be ruled out as a contender. State law provides for GDOT to own – and operate – transit systems. 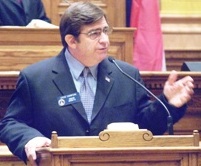 Sen. Steve Thompson (D-Marietta) was the lead sponsor of the legislation that created GRTA.

And there’s always the possibility the Legislature could create a brand new transit overseer.

The real driver behind the question of transit governance is an executive order issued Sept. 7 by the governor. Click here to read Deal’s executive order regarding the transit task force.

The order creates a task force that is to submit a proposed law to Deal by Jan. 23. The heart of the matter is to “designate a state agency or authority with the responsibilities of oversight and coordination of transit services in the metro Atlanta region.”

It’s not a small task.

The region has a total of 12 large and mid-sized transit systems, according to MARTA General Manager and CEO Beverly Scott. Add in the Clayton County system and the number hits 13 systems. Then there are the smaller networks operated by entities including the Buckhead business community, Emory University, the Atlanta University Center, Georgia Tech and Georgia State University.

“We have a wonderful tapestry … a whole complexity of relationships,” Scott said at an Oct. 18 meeting of the governor’s transit task force. “That adds a level of complexity, but also opportunity for us.”

Scott said the potential consolidation of this regional system would create a new type of organization that, “will be different from the fairly simple and monopolistic systems in the past.”

At the task force meeting, there appeared to be an inclination toward using GRTA as the oversight agency. The main issue appeared to be how to reconfigure the GRTA board to represent the investment in MARTA by taxpayers in DeKalb and Fulton counties, as well as the region’s other transit stakeholders.

In reality, that appearance emerged because the one specific and consistent question about governance was how to tweak GRTA so it could manage a regional system. The question was asked by state Rep. Edward Lindsey (R-Atlanta) of every transit provider who spoke to the committee.

Sen. Thompson said the idea of amending GRTA makes sense – as far as it goes. Thompson was the lead sponsor of the GRTA law, along with then-Sen. Charlie Tanksley (R-Marietta), Barnes’ law partner; and then-Sen. Connie Stokes (D-Decatur), one of Barnes’ floor leaders.

“GRTA is in place, it was pretty well thought out, and the membership and super agreement … gives them a framework to work with,” Thompson said. “Probably GRTA is the only tool they have.”

That’s not to say it will be an easy tool to adapt, he said. There’s a lot of history to accommodate, including the investment in MARTA paid for decades with a 1 percent sales tax levied in DeKalb and Fulton counties, and Atlanta.

“The truth of the matter is, there will be a bloodletting at some point,” Thompson said. “Nothing comes easy, and this won’t come easy.”

Giving the job to GDOT may not be so easy, either. 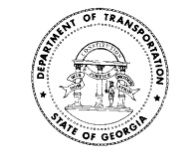 However, GDOT is authorized to own and operate transit systems. And it does have a governance structure that meets the demands of Deal’s executive order.

Here’s what state law says about GDOT and transit:

“Subject to general appropriations for such purposes, the department may, alone or in cooperation with counties, municipalities, authorities, state agencies, or private or public transit companies, plan, develop, supervise, support, own, lease, maintain, and operate mass transportation facilities or systems.”

“’Mass transportation’ means all modes of transportation serving the general public which are appropriate, in the judgment of the department, to transport people, commodities, or freight by highways, rail, air, water, or other conveyance, exclusive of wires and pipelines.”

The Georgia State Road and Tollway Authority shouldn’t be overlooked, either.

In metro Atlanta, the authority is best known for its unilateral decision last year to extend the toll on Ga. 400.

That’s the point: The authority has wide powers and its board now consists of just five members – the governor, who chairs the board; GDOT commissioner; commissioner of the Governor’s Office of Planning and Budget; and one appointee each by the House speaker and lieutenant governor.

“Construct, erect, acquire, own, repair, maintain, add to, extend, improve, operate, and manage projects, as defined in paragraph (5) of Code Section 32-10-60, the cost of any such project to be paid in whole or in part from the proceeds of revenue bonds of the authority, from other funds available to the authority, or from any combination of such sources.”

State Rep. Donna Sheldon (R-Dacula), who co-chairs the governor’s transit task force, did not announce the date of the group’s next meeting. Sheldon indicated at least one more public meeting will be convened.

The task force has about three months to draft a bill, which it is to do in conjunction with the governor’s office.

Next up is the debate in the Legislature in the 2012 session over what entity should control metro Atlanta’s regional transit system – including MARTA, the nation’s ninth-largest transit system with more than $6.5 billion in investment.

The referendum on the 1 percent sales tax for transportation is now slated for July 31. It would pump more than $3 billion into the region’s transit system.