Wow. Just when you thought the Oscars were going to go back to their usual safe (read, boring) selves, Will Smith slapped Chris Rock on Live TV over a perceived insult to his wife, Jada Pinkett Smith.

By now, you probably know the details. Rock was presenting Best Documentary and made a fairly lame joke about the Missus making “G.I. Jane 2,” which apparently referenced her shaved head. She has talked publicly about her look; that is, it’s a condition called alopecia, which results in total hair loss. 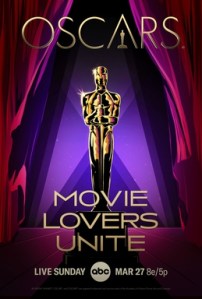 Mr. Smith seemed to take the comment good-humoredly. Mrs. Smith, less so. Then, Smith left his seat, strode up to Rock and hit him. Hard.

It was the smack heard ‘round the world. At first, the incident looked like a staged bit. But then you realized Rock was visibly shaken (though he handled it well, with a joke about “the greatest night in the history of television”) and the show had gone silent because Smith was yelling at him to “leave my wife’s name out of your f*** mouth.”

The immediate fall-out? Questlove, whose phenomenal “Summer of Love” won Best Documentary, was somewhat robbed of his big moment. I mean, how do you follow a live celeb-on-celeb assault?

The next presenter, Sean “Puffy Combs” tried to smooth things over by saying that Smith and Rock “were gonna solve that” at an after-party. And co-host Amy Schumer got off a good joke when she came out several awards later and asked, “Did I miss anything?”

By then, Smith had won Best Actor for “King Richard” and given a garbled tear-stained speech about protecting those you love and apologized to the Academy, the other nominees and pretty much everybody except Chris Rock.

But for me, the real fall-out from all this – messy and questionable as it was – is the confrontation has totally reinvigorated the Oscars. The morning-after analyses went far beyond the expected nods to “CODA” (a movie that showcases deaf actors), minority representation (Best Supporting Actress Ariana DeBose is a self-identified openly queer person of color) and women (“The Power of the Dog’s” Jane Campion winning Best Director, making her only the third female so honored in the Academy’s 94-year history.) Other thoughts about the telecast….

Will Packer produced a darn good, albeit, as always, overlong show.

The hosts – Schumer, Wanda Sykes and Regina Hall – were excellent, adding a bit of Ricky Gervais edginess to their jokes. Along with taking shots at some of the nominees, they pointed out that hiring three females was cheaper than hiring one male.

My big fashion note (aside from the assault of the boobs): Timothee Chalamet looked like he was auditioning for the remake of “Edward Scissorhands.”

Referencing her multi-diverse status, “West Side Story’s” DeBose made an exceedingly classy acceptance speech that included the movie’s decades-old plea for tolerance, “there’s a place for us.” 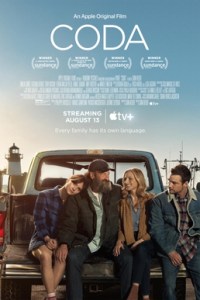 Woody Harrelson, giving the Oscar for Best Cinematography, noted he’d been nominated three times and “these are the most words I ever spoke. Presenting is where it’s at.”

The attempt to honor “The Godfather’s” 50th anniversary was, well, uncomfortable. Francis Ford Coppola, Robert De Niro and Al Pacino looked old, tired and really didn’t have anything to say. In fact, Pacino and De Niro said nothing at all.

Lady Gaga is amazing. You try announcing Best Picture paired with a wheelchair-bound and sadly out-of-it Liza Minnelli. “I got you” she told Minnelli in a genuinely touching moment.

Packer’s only stumble: Please don’t let the fans vote.  According to Twitter, “Army of the Dead” was the Best Picture of the year.

The show was still much, much, much too long. But I’d bring back Packer. No question. And besides, I actually learned something. You don’t applaud someone who’s deaf. You do a jazz-hands kind of thing. It may look a bit silly, but it’s a truly important lesson in how to respect others. Which, I think, Will Smith is probably mulling over this morning.