‘Wind River’ dazzles as it comes from nowhere, heads for fame on video-on-demand 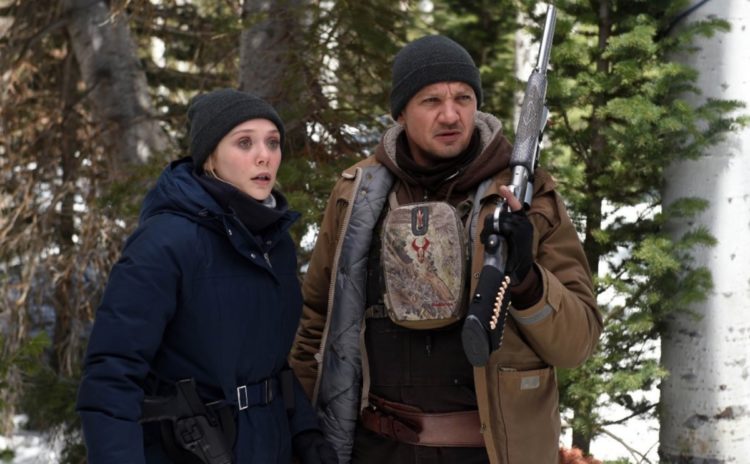 Elizabeth Olsen knocks it out of the park in 'Wind River,' as Jeremy Renner proves to be something special - a portrayal of a survivor of complicated circumstances. Credit: teaser-trailer.com

Just as he exploded genre expectations of drug-bust movies with “Sicario” and New West we-rob-banks flicks with “Hell or High Water,” Taylor Sheridan has turned the thriller/social comment film inside out. “Wind River” is the sort of picture nobody expects – and that’s what makes it so good.

Wind River is a place – a Native American reservation in a worn-out corner of Wyoming. True, even at its worst, Wyoming is pretty spectacular. But this isn’t Jackson Hole where, as one character puts it, the billionaires chased out the millionaires years ago. 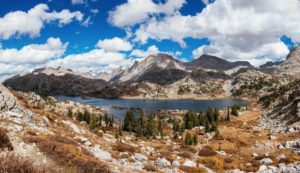 Despite the majestic Rockies in the background, Wind River itself is a desolate huddle of squalid mobile homes where the American flag flies upside down. Nobody much cares about who lives there. Or who dies there.

Until a dead teenage girl is found nearby.

Because she was discovered on the reservation, the FBI is called in, ostensibly to help Cory Lambert (Jeremy Renner), an agent with the U.S. Fish and Wildlife Service. He’s the one who initially came upon her body.

So who do the feds send? Vegas-based Jane Banner (Elizabeth Olsen). She’s a newbie, raised in Florida. She shows up in high heels and a nice blouse.

(This is an equal-opportunity diss: Against women – she’s clearly a fish-out of-water rookie; and against Native Americans – after all, who really cares about what happens up in Wind River? Just send somebody, anybody, to make the investigation look, well, investigated.)

Cory is a taciturn man plagued by internal demons. But he knows his way around the deep woods in the deep snow. He’s an expert tracker. He understands the Wind River community. And he has a painful personal connection that makes the murder especially resonant. 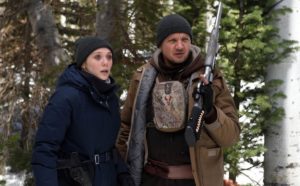 Elizabeth Olsen knocks it out of the park in ‘Wind River,’ as Jeremy Renner proves to be something special – a portrayal of a survivor of complicated circumstances. Credit: teaser-trailer.com

“Wind River” is not quite, “Forget it, Cory; it’s Wind River.” Still, there are elements of that same bureaucratic blockade, that same cynical humor, that same sense of helplessness and outrage. Plus, a lot more blood

Sheridan makes the shift from screenwriter to writer/director with admirable ease. He’s always understood the power of place – “Sicario’s” border mayhem and “Hell or High Water’s” dusty dead-end towns. But in “Wind River,” while he captures the bleak poetry of an austere, uninviting wilderness that’s down for the count (but not quite out), he proves he’s an ace with actors, too. 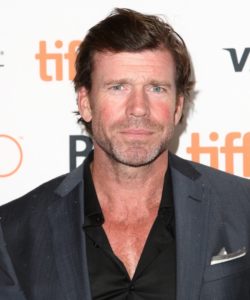 However, the big performance here is Renner’s. We’ seen him in so many films by now – from the Mighty Marvel Universe (as Hawkeye, he’s shared screen time with Olsen’s Scarlett Witch) to his Oscar-nominated performance in “The Hurt Locker.”

Something in “Wind River” brings out the absolute best in Renner – his multi-faceted brilliance, if you will. He is steady. He is off-handedly funny. He’s a bit dangerous. Most of all, he’s breathtakingly authentic.  You never doubt for a moment that he is a complex man who’s spent his life working through complicated and often malignant circumstances.

I don’t think I ever “got” Renner before – as a superhero, a soldier or a Jason Bourne fill-in. But I do now. And he is something special.  It’s too bad “Wind River” is probably going to end up like “The Shawshank Redemption.” That is, an extraordinary movie that no one goes to see in theaters, but discovers later – on Netflix, Amazon, Hulu … whatever.

Previous Article
For a cosmic week, news of the distant past and the skies above
Next Article
Metro Atlanta Chamber’s Top 10 Atlanta & Georgia Rankings 2017