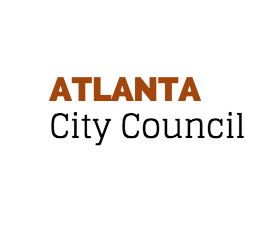 Now that Atlanta has approved public funding for the Falcons stadium, the Georgia World Congress Center is hiring a new lobbyist at a salary that could exceed $100,000 a year.

The amount of surface parking lots to be built around the future Falcons stadium is a likely issue for the GWCC lobbyist to help negotiate. This picture shows parking around the New Meadowlands, also designed by the firm that will handle the Falcons stadium. Credit: 360architects.com/

The GWCC was sidelined during the final financial negotiations for public funding for the $1 billion stadium. Gov. Nathan Deal decided against asking the Legislature to get involved in the tax issue and asked Atlanta Mayor Kasim Reed to broker a deal with the Falcons.

Frank Poe, the GWCC’s executive director, told ESPN.com on the day the preliminary deal was announced, March 7, that he was not aware of the financial agreement until, “the last 24 hours.”

The GWCC lobbying job became open within weeks after the Atlanta City Council approved a $200 million financing package for the stadium, on March 18. The GWCC’s current lobbyist registered as a Delta lobbyist on April 15 and her last day to lobby for the GWCC is May 15, according to state records.

The top priorities of the new GWCC lobbyist are to keep an eye on Atlanta City Hall and work with community groups.

The salary of the lobbying job is listed as $74,690 to $104,566. Benefits include full health insurance through Cigna Health Care; a total of 27 days a year of vacation and state holidays; 15 days a year of sick leave; and a host of other perks such as reduced rate employee lunch, free parking, subsidized MARTA card, and access to a new employee fitness center.

The GWCC’s current lobbyist is Stephanie Carter Kindregan. She started with the GWCC in May 2012 after serving for nearly three years as a senior policy advisor with the state Department of Transportation. Kindregan took that job following almost five years as a manager of state affairs for the Atlanta law firm Troutman Sanders, according to her resume on Linkedin.com.

Kindregan registered as GWCC’s lobbyist in May 2012 and her most recent financial disclosure lists only $50 for tickets to a car show for Sen. Don Balfour (R-Snellville) on March 15. Previous disclosures show she has provided state lawmakers with thousands of dollars worth of Falcons tickets and lunch-and-learn sessions with the GWCC.

The job posting for the GWCC lobbyist job begins with duties typical of a state lobbyist, which goes by the title of director of governmental affairs. Tasks include: 1) Work with the GWCC’s partners at the state, county and city level; 2) Monitor the General Assembly to track issues and potential problems relevant to the GWCC.

The third priority seems to be directed at Atlanta City Hall and Invest Atlanta. Under the category of “government,” the third duty reads:

Under the category of “community,” the list of six duties speaks clearly to criticism of the GWCC as not responding to community concerns in regards to its handling over several years of the negotiations with the Falcons for a new stadium. State Rep. “Able” Mable Thomas (D-Atlanta) outlined the issues in her Dec. 9 column in saportareport.com.

The GWCC lists the “community” duties of the lobbying job as:

The job posting says it will remain continuous until someone is hired.

Previous Article
Drought’s grip easing, but 2,000 azaleas died at one home in Rome because of dry conditions
Next Article
Time to repair our immigration policy and the American dream