Life can be so fleeting.

That was the first thought that came to mind when Atlanta Public Schools Superintendent Meria Carstarphen called me early Saturday afternoon to tell me Alvah Hardy, 63, had been killed in car accident Friday night.

Hardy was the executive director of facilities services for APS, and he was responsible for all the capital improvements underway at numerous schools across the city.

I had the good fortune to meet Hardy on July 28 on the front lawn of Grady High to talk about the renovation and expansion project being proposed for the historic school. 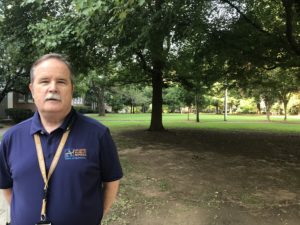 Hardy told me he had studied architecture at Georgia Tech and that my father had been his professor. Immediately I felt we had struck a familial bond.

The circumstances of our encounter could have been testy, but he made it a pleasant experience.

I was upset with APS’ plans to cut down trees for its expansion. I was especially disturbed , that APS was proposing to put a parking lot on the beautiful front lawn of the high school that sits between my house and Piedmont Park – a position I still have.

Hardy graciously walked me through the various plans, and he patiently listened as I debated the need to cut down certain trees and as I questioned the Grady expansion plans being proposed by APS.

I believed (and I still believe) APS could have and should have come with a better design for the expansion and for parking on the site. I had envisioned locating a buried parking deck (in the sunken lot on the corner of 10th and Charles Allen Dr.) and placing the proposed new building on top of a portion of the deck. (Plans call for surface parking on that site).

As the daughter of an architect, I have always looked at places with an eye of how one can develop spaces for humans with minimal disruption to the natural environment.

The plan to cut down two champion trees for the new building seemed like a missed opportunity. Couldn’t architects have designed a unique courtyard with those two trees as the centerpiece connecting the new building with the historic 1920s high school?

Hardy politely told me APS had considered various design options and had told NPU-E (the neighborhood planning unit for my area) about the plan – expecting the NPU to communicate with the various neighborhoods and residents.

Unfortunately, that info did not make it to those of us who live right around the school. And by the time Hardy and I met, it was clear the plans were so far along that it was unlikely significant changes could be made to the expansion project. 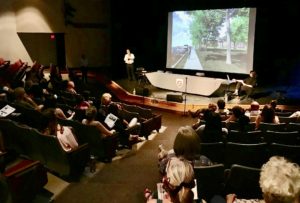 Instead of being on the defensive, Hardy was respectful – listening to my ideas and explaining the rationale and the process of the design.

“We go through multiple design reiterations with the design committee to arrive at what we believe it can be,” said Hardy, proudly adding that the work would include the restoration of the historic high school.  “We are going to fix some of the urns and fix some of the decorative concrete elements. We are going to redo the whole roof to keep the building viable.”

Then he described the challenge. More students are attending Grady High, one of the highest-ranked high schools in Atlanta. APS has been experiencing growth in certain parts of the city, and its building program has been trying to accommodate more students.

“We have urban sites with limited spaces,” Hardy said. “It’s a 19.5-acre site, which includes the Grady Stadium. There really aren’t a whole lot of options about where we can build.”

The more we talked, the more I realized how special a person Hardy was. At times, he almost sounded like a philosopher – as architects often are.

I also realized that Hardy and I probably were more in sync than I had initially thought.

“I don’t love to cut down big trees,” Hardy said. “We are going to replace inch for inch.”

And then he repeated: “Every design is a compromise.” 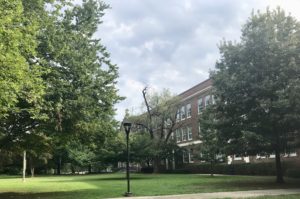 Less than a month later, Hardy met with interested members of the community to present the latest plans. Instead of cutting down a couple of the mid-sized trees on the front lawn, Hardy announced they would be transplanted to another area on the lawn.

Unfortunately, the ultimate plan to put a surface parking lot on Grady’s beautiful front lawn was still part of the design (and it still is).

The next time I saw Hardy was at a September APS board meeting where community leaders spoke in favor of renewing Carstarphen’s contract with APS – arguments that failed to convince a slim majority of school board members.

Hardy was sitting in the back of the room, and I told him I had come up with a solution to add more parking spaces without paving over the front lawn.

I showed Hardy the number of existing parking spaces along Charles Allen could be doubled if the city would implement diagonal parking in place of the existing parallel parking. That could be accomplished if the city of Atlanta would be open to reserving those spaces for APS during school hours. 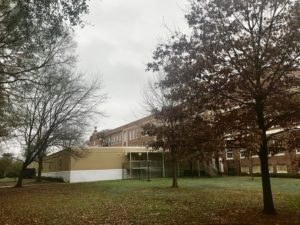 Again, Hardy listened intently; and he kept the sketch I had drawn during the meeting – giving me hope we could restore a green front lawn once the temporary mobile classrooms were removed with the opening of the new building.

Instead, on Friday night, we lost a true public servant. That was reinforced by the numerous posts members from the APS family who paid tribute to Hardy over the weekend.

Carstarphen said it best as she ended a tribute to Hardy on her blog: “Alvah, you will truly be missed, but we will hold on to the great memories in APS and we’ll never forget how you touched our buildings and our lives.”

This post will be updated when we receive plans for Alvah Hardy’s memorial service. 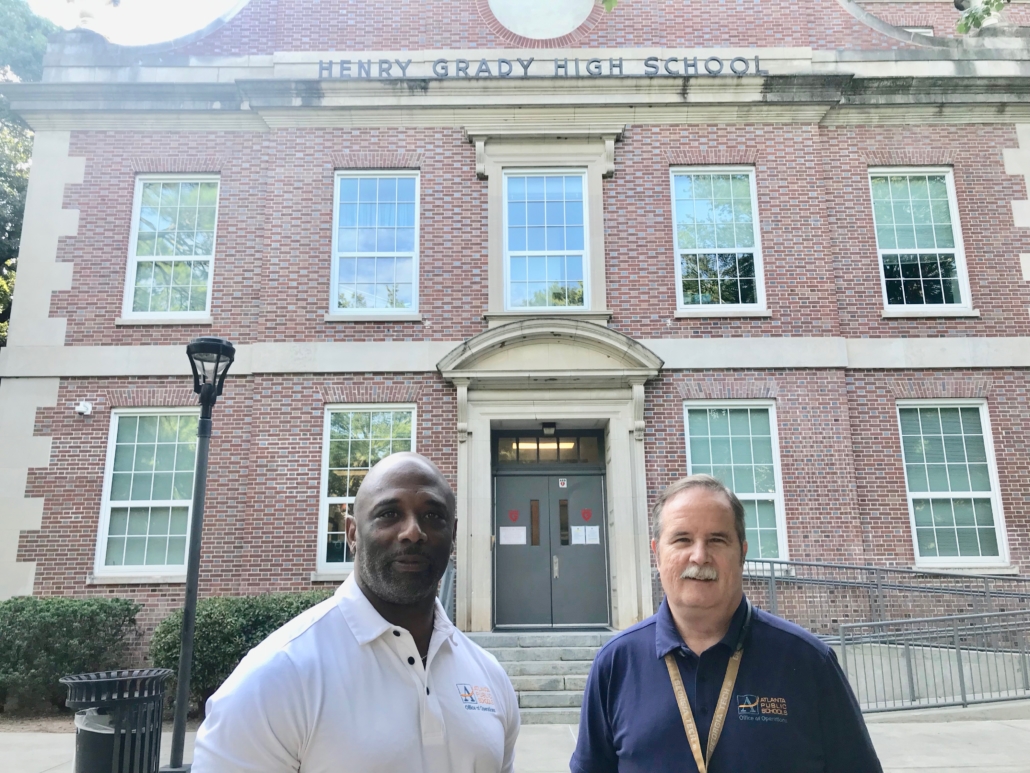